A massive fire erupted after a gas truck flipped over during a car crash along Tel Aviv-Jerusalem highway; driver killed after being trapped inside burning truck.

A crash between two trucks Wednesday along the main highway connecting Tel Aviv to Jerusalem left one man dead and caused a major fire.

Along the overlap between Route 6 and Route 1, a truck carrying flammable chemicals crashed with another truck that was hauling new cars, causing the Pentanol-laden truck to burst into flames.
Photo: Tazpit    (צילום: מרדכי סעייד - סוכנות תצפית, חטיבת דובר המשטרה)
X

MDA paramedics who arrived at the scene said the driver of the burning truck was trapped inside and could not be reached. It was later reported that he died as a result of his wounds. A one kilometer radius has been set up around the area, amid fear that the chemical will spread. 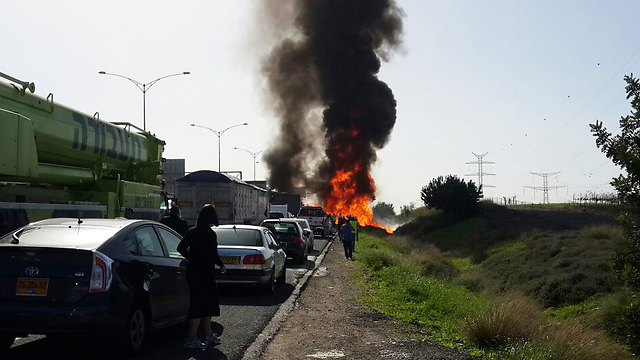 Motti Freiberg, an advisor on hazardous materials, explained that "pentanol is a flammable liquid with several industrial uses. 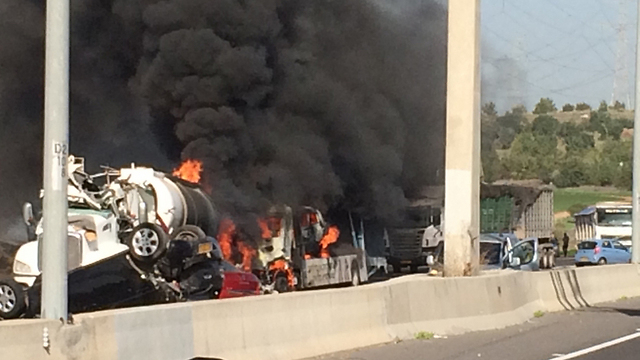 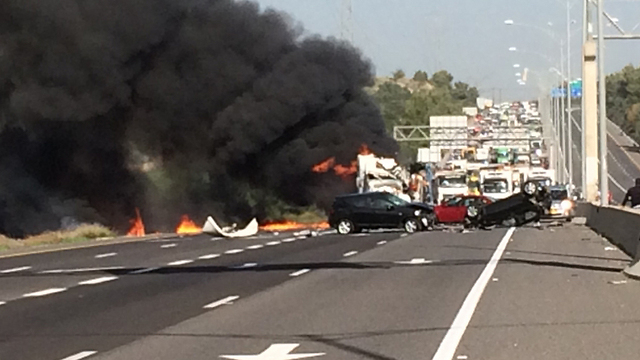