About a million and a half Jews fought as part of the Allies' armies
Photo: Roi Idan

The forgotten Jews who fought the Nazis

About 250,000 Jewish soldiers were killed while fighting for Allies' armies, 36,000 received awards of excellence from US Army and 160,000 were awarded citations from Red Army. So how did 1.5 million Jews who fought in World War II sink into oblivion?

There is not a single student in the Israeli educational system who doesn’t learn about the Jewish Brigade and about Hannah Szenes and her friends. The bravery of the 5,000 Brigade soldiers should be praised and admired, but the truth is that it's just a drop in the ocean of Jewish blood which was shed on the front, vis-à-vis the Nazis. About a million and a half Jews fought as part of the Allies' armies. They stood out both because their number was much higher than their relative percentage in the countries they came from, and because of the huge number of losses they suffered.
Haredi World
Study: Without Holocaust, there would be no haredim today
Moshe Glantz, Rafi Barbiro
Researcher finds there were only several thousand yeshiva students in Europe before World War II. Survivors of Nazi genocide realized they must fight to restore world of Torah.
Study: Without Holocaust, there would be no haredim today
According to different estimates, about 250,000 Jews were killed while fighting for the Allies' armies. In addition, a relatively high number of Jews received medals of honor. Dr. Shimha Goldin, the son of a Polish soldier who was taken captive by the Soviet Army, and the father of Lieutenant Hadar Goldin who died as a hero in Operation Protective Edge, decided to initiate a conference which would give the Jewish fighters in World War II all the respect they deserve. "My father was a Polish soldier who was captured by the Russian army during the war, and that's what saved his life," he says. 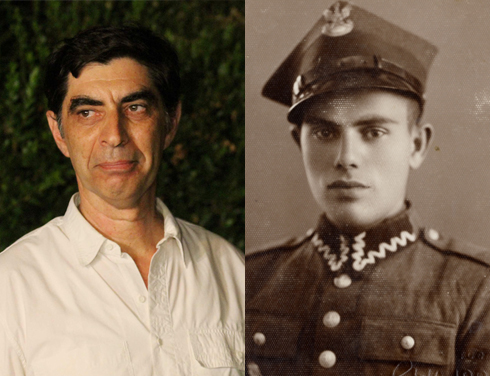 Dr. Simha Goldin and his father, a Polish soldier who was taken captive by the Soviet Army (Photos: Ido Erez, the Goldstein-Goren Diaspora Research Center at Tel Aviv University)

Goldin, who is the director of the Goldstein-Goren Diaspora Research Center at Tel Aviv University and a senior lecturer at the Department of Jewish History, initiated an international conference at the university titled "The Jewish Soldier in World War II," which was held this week in the presence of researchers and representatives from leading universities in Israel and around the world.

Dr. Goldin says the Goldstein-Goren Diaspora Research Center managed to get its hands on a particularly large number of letters written by Jewish soldiers who served in the Russian army.

Dr. Leonid Smilovitsky, who is leading the research, and his team have made it their goal to use the information obtained from the letter to study the Jews contribution to the Allies' war effort. Did the Jews join the army due to national loyalty or because it was compulsory? "This is one of the questions which will be raised in the conference and are worthy of a thorough discussion. In some of the countries there was compulsory enlistment, but the huge number of Jewish soldiers and their contribution were only revealed in the past few years. "If you break down the number of Jews among the high-ranking soldiers and those who received citations, alongside the huge number of losses, the Jews' contribution stands out both in the Russian army and in the American army. "When you compare the figures, you realize that the Jewish Brigade's contribution to the war effort was relatively small from an overall view, both because the Jewish population in Israel was small and because of the places the Brits sent the soldiers to from the Land of Israel."

What effect did the anti-Semitism in Europe and in the United States have on the Jews' military service?

"Prof. Catherine Merridale, the author of 'Ivan's War,' examined the lives of fighters in the Red Army and discovered, among other things, that although everyone is equal according to the Soviet model, there was definitely anti-Semitism inside the army and Jews were required to demonstrate courage.

"The research in this field is at an early stage, and thanks to the huge amount of archive material collected by Brigadier-General (res.) Zvika Kan-Tor and the Museum of the Jewish Soldier in World War II, we will be able to publish studies on the issue in the future."

Prof. Dina Porat, the chief historian of Yad Vashem and head of the Kantor Center at Tel Aviv University, strongly opposes the attempt to compare between the Jewish Brigade's contribution to the war and the contribution of Jews who fought for the Allies' armies. 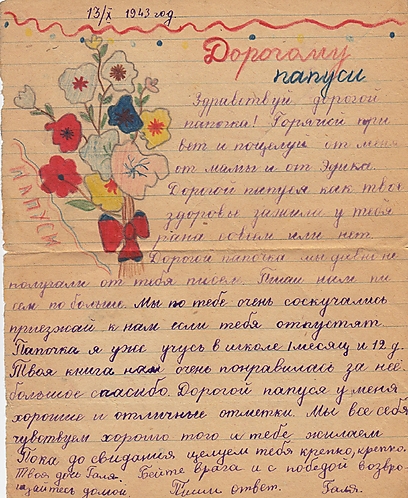 "The Brits didn't want to train an army which would act against them in the Land of Israel later on," she says. "That's the reason why even after agreeing to create the Brigade, they only did it in September 1944, nearly at the end of the war, and sent the soldiers to fight in just one battle or two.

"But the Brigade's contribution was particularly significant in caring for the Holocaust survivors and bringing them to Israel. The fighters stole food and clothes for them from the British Army's warehouses, got hold of fuel and trucks to drive them and played a significant part in the establishment of the Israel Defense Forces and in turning it from an underground organization into a regular, trained army."

In the same breath, Prof. Porat agrees that the Jewish fighters in the Allies' armies have yet to receive the honor they deserve and provides some amazing figures: "Of the one and a half million Jewish soldiers, half a million were in the US Army and 36,000 of them received awards of excellence.

"Half a million Jews served in the Red Army, 120,000 of them were killed in action and 80,000 were taken captive by the Nazis and murdered. Of all the Jewish soldiers in the Red Army, 300 were generals, 160,000 received citations, and 150 of them were awarded the prestigious title "Hero of the Soviet Union."

'Some concealed the fact that they were Jewish'

If you were wondering how the Jews managed to stand out in the anti-Semitic Russian army compared to the American army, Dr. Goldin explains that in the 1930s many Jews enlisted for regular service in the Red Army and were promoted. They worked as professionals in all of the army's branches, including combat service for women who worked as flight physicians, nurses on the front and combat pilots.

Jews in the US, on the other hand, did not see the army as a professional field. "But Jews did stand out in the rest of the armies and among the partisans. As the extent of the Holocaust was revealed, they sought to prove to their colleagues that Jews don’t go like lambs to the slaughter. So they volunteered for any dangerous mission and made double the effort. "Some concealed the fact that they were Jewish, and that's why the extent of their contribution was only revealed later on. When at the end of the war, the Soviets learned of the huge number of Jews among the soldiers who received citations, they decided not to award the medals to the all the Jewish fighters who were entitled to them, as they were afraid of the implications in the Soviet Union." Dr. Goldin, who also served as chairman of the History Committee for the state education system at the Education Ministry, says the issue of Jewish soldiers' contribution has already been added to the curriculum. "In my opinion, however, it's more important for every group of students visiting Yad Vashem in Jerusalem to go down to Latrun and visit the Museum of the Jewish Soldier in World War II as well. That's an essential and important way to complete the visit."