More than half of teens having encountered online attacks because they are from Israel
Photo: Shutterstock

Anti-Defamation League survey finds Jewish teenagers in Israel were increasingly likely to be attacked online in 2014 in the form of anti-Semitism and anti-Israel expression than they were a year ago.

Jewish teenagers in Israel are more likely to encounter hate on the Internet in the form of anti-Semitism and anti-Israel expression than they were a year ago, according to a new survey of Israeli teens commissioned by the Anti-Defamation League (ADL).

Israeli teens reported that the online attacks and anti-Semitic expressions increased noticeably during Operation Protective Edge in summer 2014, when Israel’s military struck back against Hamas rockets, tunnels and terrorism in Gaza.

The survey found Israeli teens were increasingly likely to be attacked due to their nationality, with more than half (51%) of all teens having encountered attacks because they are from Israel.

Nearly 83% of all Israeli Jewish teens reported exposure to anti-Semitism online, including hate symbols, websites, and messages found on social media and in videos and music.

The poll of 500 Jewish teens, ages 15-18, was conducted in Hebrew in November 2014 by the Israeli polling company Geocartography. It has a margin of error of plus or minus 4.4%. 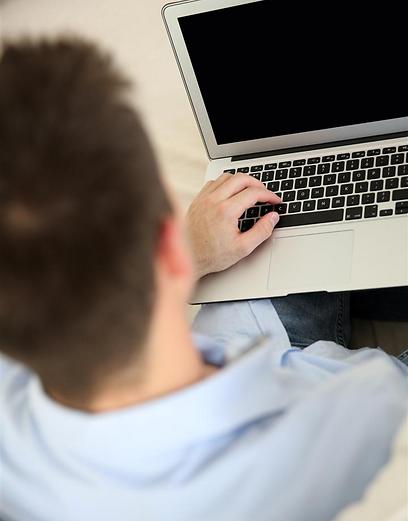 Survey shows 65% of the teens have taken action in order to stop posting of hateful content (Photo: Shutterstock)

"The more teenagers in Israel are using the Internet to connect with friends and share social updates, the more they are coming into contact with haters and bigots who want to expose them to an anti-Israel or anti-Semitic message," said ADL National Director Abraham H. Foxman.

"But Israeli teens do not feel powerless to act. In fact, a significant majority of those polled indicated that they had initiated action to respond to anti-Semitic content by reporting it to administrators or requesting its removal."

The key findings of the poll commissioned by ADL’s Israel Office include:

The survey found that 84% of Israeli teens encountered anti-Semitism in status updates or tweets, an increase from 70% in the previous survey. Another 76% said they had been exposed to anti-Semitic content on social network pages.

Those Israeli teens who did encounter hatred online were more inclined to respond, according to the survey.

This year, 65% of the teens indicated having taken action in order to stop the posting of hateful content, with 43% saying they had sent a report to site administrators of social media and websites to request removal of the offensive content.

Twenty-four percent said they had written comments criticizing anti-Semitic content; 21% of those polled have asked friends to address the website or social media administrators to request removal of the offensive content; and 21% said they "told their parents" about the content.