Fire investigators determined fire at mosque in West Bank in November was due to electrical problem.
Photo: Reuters

A blaze at a West Bank mosque resulted from an electrical problem, according to fire investigators who worked with police and Shin Bet to determine the source of the fire.

The fire department said Monday that a blaze last month at a West Bank mosque most likely resulted from an electrical problem, not arson.

The November 12 fire destroyed the first floor of the mosque in the village of Mughayer near Ramallah, and Palestinian residents accused Jewish settlers of setting the blaze. 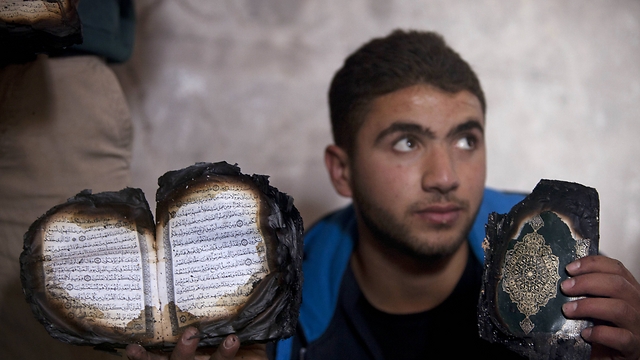 Resident of Mughayer holds up Koran and other artifact burned as a result of the mosque fire. (Photo: Associated Press)

The fire occurred during a time of high tensions in Israel surrounding the Temple Mount holy site in Jerusalem, which is also the location of the al-Aqsa mosque. 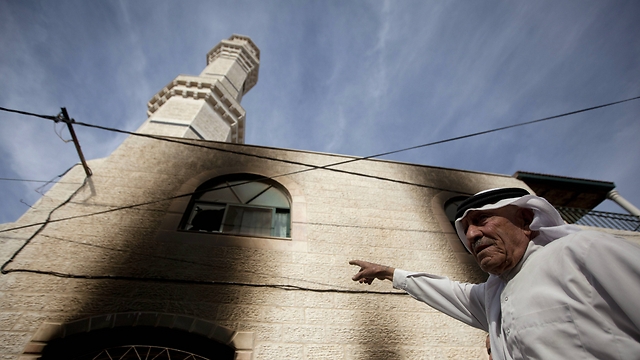 The exterior of the mosque after the fire in November. (Photo: Associated Press)

Abras says investigators found no combustible materials or graffiti at the site. Such items would point to settler vandalism. 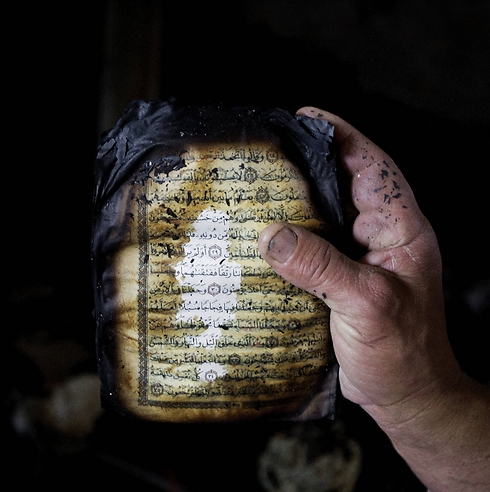 A koran that was burned during the fire in a mosque in the West Bank in November. (Photo: Associated Press)

According to a report by the Palestinian Ma'an news agency in November, the second floor of the mosque was damaged. Furthermore, while investigators found no evidence of graffiti, Ma'an reported anti-Palestinian graffiti at the mosque.

The Palestinian village's mayor, Faraj al-Naasan, disputed the findings. He said residents have a "strong reason" to believe it was a settler attack because they have carried out other violent acts in the past.