The commissioner of Israel's antitrust authority announced Tuesday morning that he will recommend to the courts to break up the partnership developing the Leviathan gas field, the largest offshore find in over a decade.

Prof. David Gila's decision to retreat from an agreement formulated last March with the companies developing Leviathan leaves the court with two options – to force each partner to separately sell their stake or to allow some of the partners, namely Yitzhak Tshuva's Delek Group and Texas-based Noble Energy, to sell their stake to a third-party who can become a new player in the market, to compete with the existing Tamar development. 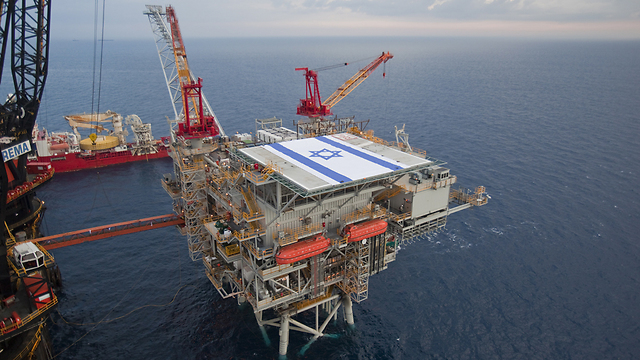 Tshuva arrived Tuesday morning to the antitrust authority's offices to meet with Gila in an attempt to convince him against declaring the Leviathan development a cartel.

The authority told Delek and Noble that it was considering issuing a ruling stating that the two firms' entry into the development partnership was not approved by the court. The entry of Delek and Noble into the Leviathan deal created a situation in which the two were in control of all the gas developments off Israel's shores.

The antitrust authority will conduct a verbal processing hearing with the firms before it releases the ruling. It has been targeting the companies, which discovered the field and two others, after criticism that the firms have too much control of such valuable national assets.

Earlier on Tuesday, Noble Energy released a harsh response to the imminent ruling. "The likely decision of the commissioner to backtrack on the agreement casts a dark shadow on the future of the gas and oil industry in Israel and will affect Noble Energy's investments in the country," said the CEO of Noble's Israeli subsidiary, Benjamin Zomer.

Zomer noted that "Noble Energy invested 16 years in exploring and developing Israel's gas and oil resources; to this day we have invested, together with our partners, close to $6 billion in developing the country's gas and oil market."

He emphasized that "these investments boosted the economy and the environmental quality in Israel, while at the same time providing Israel with energy independence with the opportunity for regional cooperation and a chance to add to the stability of the region."

The dispute over allowing the companies sole control over developing the gas field has been brewing for about three years. It is a hot-button issue in a campaign for a March election focused on economic issues such as high living costs. Liberal politicians seeking to defeat Prime Minister Benjamin Netanyahu accuse his government of permitting tycoons an unfair monopoly over Israel's greatest natural resource. Earlier this year Delek said it was negotiating for regulators to approve continuing operations in Leviathan in return for selling its stakes in two adjoining fields, Tanin and Karish, with combined estimated reserves of 3 trillion cubic feet. Production of Leviathan is expected to begin by 2018 and initial investment could reach an estimated $6.5 billion. Leviathan partners are in talks with Britain's BG Group , which wants gas to feed its Egyptian LNG export plant, and with Jordan's national electricity company. Talks to bring in Australia's Woodside Petroleum, a liquefied natural gas (LNG) specialist, fell through in March. Noble owns 39.66 percent of Leviathan. Delek Drilling and Avner Oil Exploration – both units of Delek Group – hold 22.67 percent each and Ratio Oil Exploration owns 15 percent.

Delek and Noble also hold major stakes in the Tamar field, which is near Leviathan and started production nearly two years ago

Lior Gutman and Reuters contributed to this report.