When a powerful tsunami smashed into Banda Aceh, Indonesia ten years ago, the only structures left standing in many neighborhoods were mosques. For the hundreds who found refuge within their walls, the buildings' lifesaving role has not been forgotten – and for many, that experience strengthened their faith.

Architectural experts say the mosques in Banda Aceh survived because they were sturdily built and had stronger foundations than surrounding structures, many of which were likely constructed of shoddier materials. 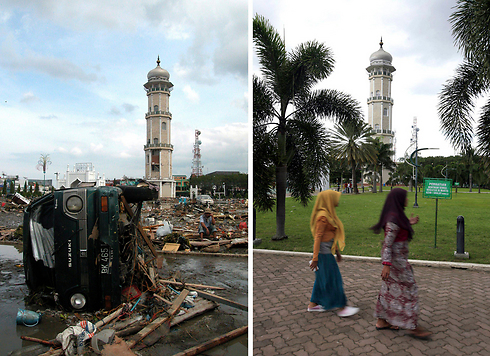 But many survivors believe the mosques were spared by divine intervention.

"It's because the mosque is the house of Allah, the creator of such a tsunami. It's protected," said Ahmad Junaidi, a survivor who fled to safety in the majestic Baiturrahman Grand Mosque, a major landmark in the city with its 35-meter (115-foot) minarets, white walls and seven black domes. 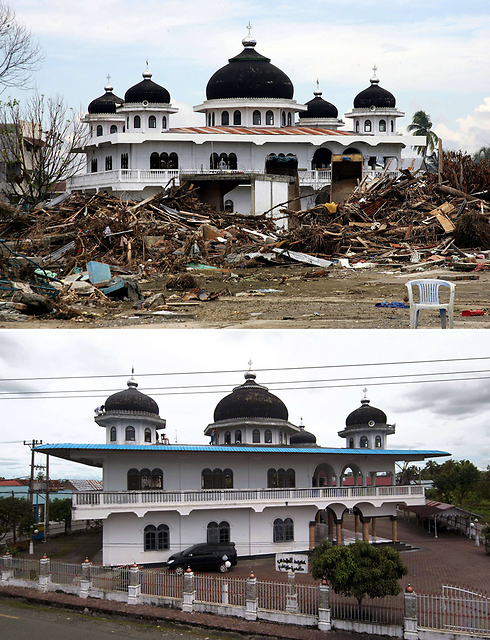 The mosque, built by Dutch colonizers and completed in 1881, was virtually unscathed by the December 26, 2004, tsunami, which devastated the city and killed more than 230,000 people in more than a dozen nations around the Indian Ocean.

As an 18-year-old, Reza Nasir found refuge from the disaster by climbing onto one of the Grand Mosque's black domes. From there, he saw the ocean flood into the city and over the mosque's outside walls, leaving hundreds of bodies in the courtyard. He had never seen so many corpses.

That was also when he started to pray five times a day, one of the five pillars of Islam. 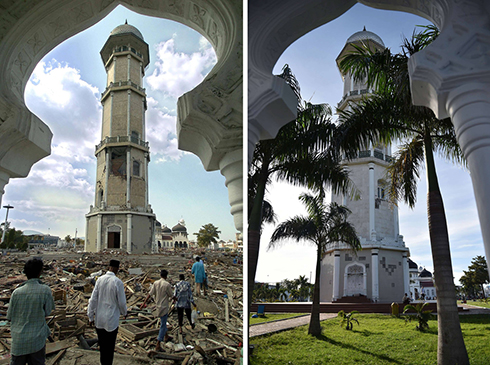 Many residents of Aceh, the most dominantly Muslim province in all of Indonesia, viewed the disaster as punishment for their lack of devotion to God. The tsunami has actually made many more devout, said Faisal Ali, a prominent cleric.

"It encouraged Acehnese to renew their dedication to their faith," Ali said. 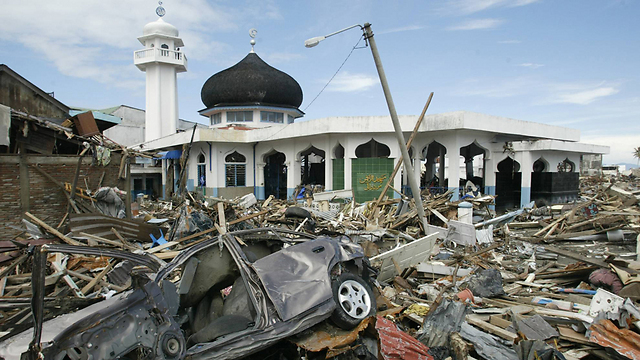 With the renewed religious fervor among many in Aceh, the region on the northern tip of Sumatra also has become the only region of Indonesia governed by Islamic Sharia law – part of a peace agreement with the government to end a decades-long separatist war that granted the region some autonomy.

Mirza Irwansyah, an architectural expert from Banda Aceh's state-run Syiah Kuala University, said that at least 27 mosques in the city survived the tsunami, often the only buildings in their neighborhoods to do so. Photos of the structures standing amid the debris circulated on the Internet after the disaster, with many calling their survival a miracle, he said. 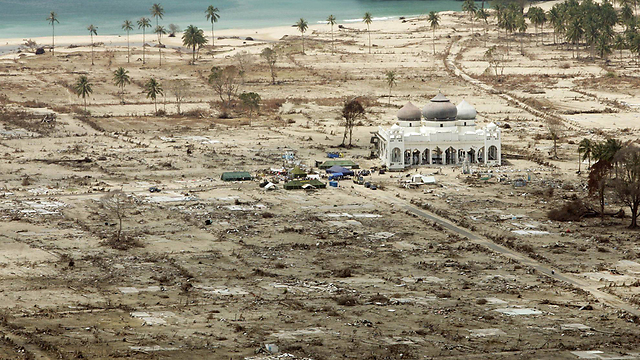 The Rahmatullah Lampuuk mosque in the village of Lhoknga in January 2005. (Photo: AP)

But they stood firm mostly because of their solid construction compared to surrounding buildings, he said. The Grand Mosque, he said, was built by Europeans with a sturdy foundation.

Irwansyah also said that in many cases mosques and churches are built by charities and are therefore less likely to be cheated by corrupt contractors who use lower quality materials in houses and ordinary buildings to cut costs.

Now 28, Nasir – who watched the tsunami rush in from the rooftop of the Grand Mosque – recently awoke before dawn to join dozens of others for prayers at the same spot. Together, they bowed their foreheads to the white stone floor that was once covered with bodies.

"I feel like I have a second chance in life after surviving the tsunami," Nasir said. "I'm grateful. It created a momentum for me to change to be better."