Leader of African Hebrew Israelites passes away at age 75

Ben Ami Ben-Israel passes away a year after finally receiving his Israeli citizenship, leaving behind 2,700 followers in Dimona.

The spiritual leader and founder of the African Hebrew Israelites community, Ben Ami Ben-Israel, passed away at the age of 75 on Sunday in Dimona, leaving behind a heart-wrenched community who adored the leader and was known as "Great Father" to his followers.

Born in Chicago as Ben Carter, Ben-Israel's death occurred a year and a half after he finally received his Israeli citizenship. 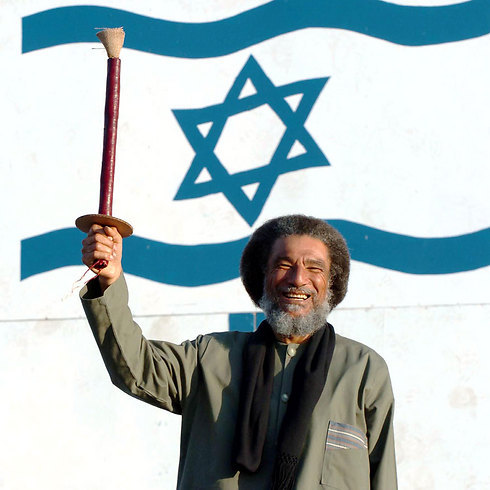 Ben Ami Ben-Israel passes away at the age of 75. (Photo: Meir Azulay)

The community, which some labeled a cult, was established in Chicago's underprivileged neighborhoods as part of the Black Hebrews movement, and followed Ben-Israel to Israel during the '60s. Today the community has about 2,700 members, the majority of which live in Dimona.

The members of the community have a unique vegan lifestyle and fast every Saturday. The community sustains itself with vegan restaurants located in Tel Aviv and Dimona, where they now call home.

The Hebrew African Israelites were shocked by the death of Ben-Israel, who had been receiving treatment at the Saroka Medical Center in Be'er Sheva for an illness. The community issued a day of mourning and canceled school on Sunday. 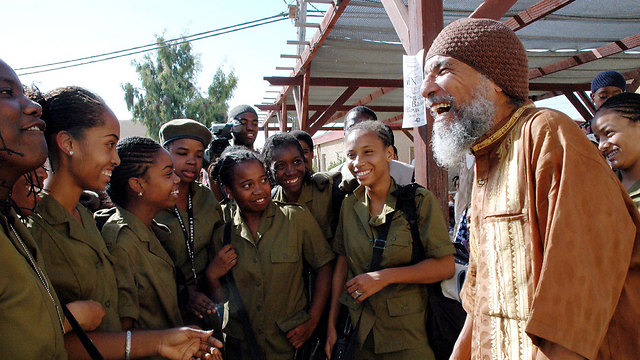 Ben-Israel with members of the African Hebrew Israelites who joined the IDF. (Photo: Israel Joseph)

"We are focusing on sitting with our children and staying with family to explain what happened," said community spokesman Yahav Montgomery. "We are united and focusing on continuing the actions of the rabbi, our leader. We still haven't come to grips with it and it is a pain and sorrow that cannot be expressed – but we will overcome this."

In a statement released by the community it was written: He devoted his life to the community, the state of Israel and the land of Israel. He created a unique model of social development that should be encouraged and emulated. Despite the disagreements between the community and the country at the beginning of our journey, Ben Ami was consistent in his commitment to the country. The Hebrew community will remain loyal the vision of our leader and will continue his vast work in Israel and around the world."

The Mayor of Dimona, Beni Biton, said: "In the past few days 61 housing units were approved for their community. He personally worked on the matter along with the former internal minister Gideon Sa'ar who helped them much. He was not able to see the big vegan festival that we conducted because he didn't feel well."

"We love Israel with all of our hearts, get drafted into the army and see ourselves as an inseparable part of the State of Israel," Ben-Israel said in the past.

Ben-Israel, a former Baptist, founded the community after a coworker enlightened him on the notion that he was a descendent of the biblical Israelites and in 1966 Ben-Israel claimed he had received a vision from the angel Gabrel.

In 1967, Ben-Israel gathered a couple hundred African American believers and led his followers, part of the Black Hebrews movement, to Liberia. After losing some of his followers, Ben-Israel sent families to Israel and then moved to Dimona with the rest of his followers in 1969. The group initially received resistance from Israeli authorities – the community wished to become Israeli citizens according to the Jewish Law of Return. However, Ben-Israel and the rest of the members of his group received temporary residency in the 1990s and in 2003 they were given permanent residency. 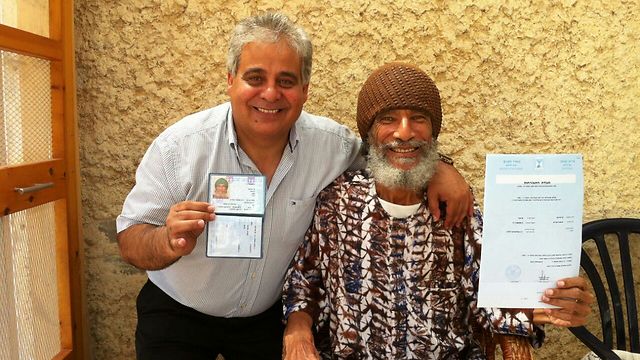 Ben-Israel and the mayor of Dimona take a ona celebrate Ben-Israel citizenship. (Photo: Dimona Municipality)
Ben-Israel only received his citizenship a year and a half ago in a special ceremony with former interior minister Gideon Sa'ar. The group consists of a hierarchical system which includes 12 consultants known as princes, and 13 priests which hold religious and spiritual positions. There are also ministers who are responsible for the management and the daily logistics of the community, and finally there are the members responsible for supervising the daily ongoing of the community.