Tornto-born Howard Rothman, father of 10, is fighting for his life after being shot during morning prayer at a synagogue in Jerusalem; family receive proceeds of humanitarian campaign, rarely organized for individuals or families.

Toronto-born Howard Rothman still lies in an induced coma fighting for his life seven weeks after being shot by Palestinian terrorists while praying in a synagogue in the Har Nof neighborhood of Jerusalem. Four worshippers and an off-duty

Druze policeman died in the attack and seven, including Rothman, were wounded.

The brutality of the attack and the plight of the third-generation Canadian-born father of ten living children have galvanized the nation and the Toronto community in particular.

On Monday, the UJA Federation of Greater Toronto, facilitated by the Jewish Agency for Israel, presented Rothman's family with a check for $108,000, the proceeds of a humanitarian campaign begun in support of the family. The presentation was made in Jerusalem by the agency's chairman Natan Sharansky, to Rothman's wife, Risa, and brother, Steven. 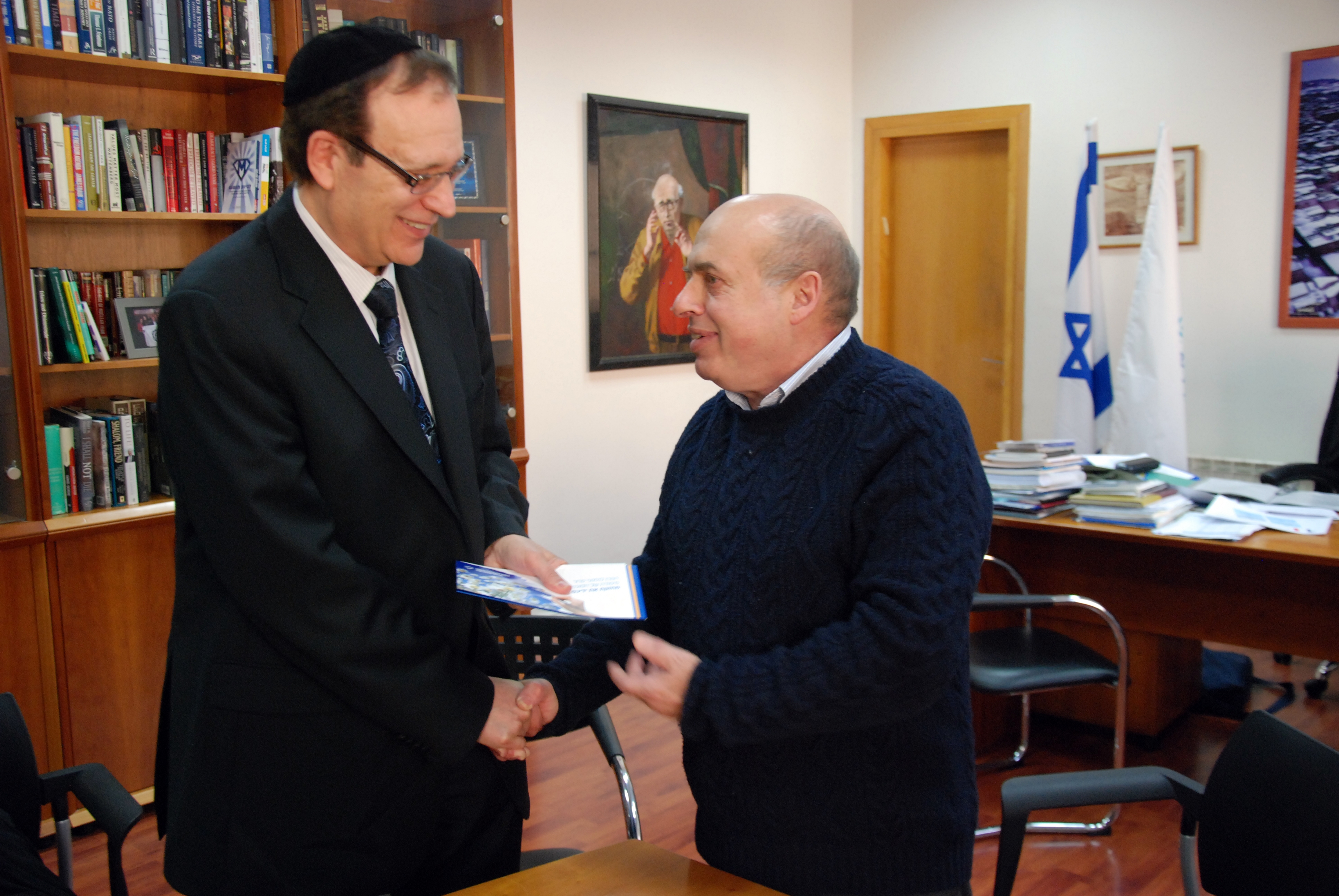 Steven Rothman (L) receives check from Jewish Agency Chairman Natan Sharansky (Photo: Dudi Saad/The Media Line).
“We don’t typically raise funds for individuals or families. We raise funds for the Jewish community at large; and for programs and initiatives in Israel, and other parts of the world," Steven Shulman, campaign director for the United Jewish Appeal of Greater Toronto told The Media Line. "But Howard Rothman is a product of (our) community, having attended the Tannenbaum Hebrew Academy of Toronto and York University." Shulman explained that in addition to the fact that Rothman was the main breadwinner for his large family, the attack had great symbolism and resonated with communities world-wide. "Here were Jews praying in a synagogue – the most basic Jewish act – and they were attacked for no reason other than that they were Jews." First responders told The Media Line that the terrorists were particularly savage in their actions, seeking to stab and dismember the bodies after they had been shot. Steven Rothman said the outpouring from non-Jews in many countries has been noteworthy, many expressing outrage and offering prayers. The fund, which began several days after the attack, continues to be promoted through a hotline and online at helprothman.com.

Sharansky, who told Risa Rothman that, “You know your pain is shared by all of us," added a reference to last summer's war between Israel and Hamas. "During the summer and during this attack on the synagogue, everybody tried to share a little bit of the pain," he said. 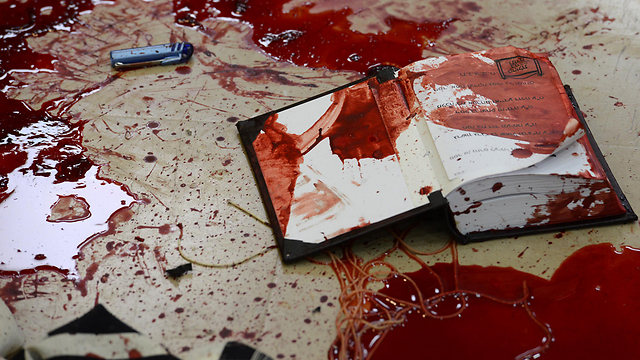 The scene of the deadly attack (Photo: Koby Gideon, GPO)
Toronto attorney Ian Sutherland heard about Rothman's situation through a cousin of the victim. He said he was "horrified" and "felt it was the right thing to do" to support the family. Jody Kaufman Davis, an insurance wholesaler who serves on the board of the UJA Federation of Greater Toronto and who contributed to the fund, told The Media Line that, "I believe at times of need we support our community, but we also support our fellow Jews around the world." Rothman remains in the Department of Neurosurgery at Hadassah Ein Kerem hospital in Jerusalem where Risa visits him daily. “My husband came to the hospital without a pulse and it only sunk in a week later," she told The Media Line. Rothman says she looks for signs: “We feel and hope things we are seeing are true responses. Last week we saw a lot of response to pain. This week we are hoping we are seeing responses to commands like, 'Open your eye; or Move your foot!'" In Jerusalem, the tightly-knit Har Nof community has come together in support of each other. Like many others in the neighborhood, Risa knows the families of the four slain rabbis well. “There is nobody like the Jewish people. They galvanized to help each other and to care about each other, to build each other up, to bond, and to send financial and emotional support. This rocked the whole Jewish world," she said.