Should Palestinian funds have been frozen?

DEBATE: Yifat Erlich argues Israel could not afford to remain apathetic in face of Abbas' appeal to ICC; Nechama Duek warns against punitive measure, as desperation is fertile ground for terror.

Freezing the funds of the Palestinian Authority is a necessary step. When one side decides to take unilateral action, the other side cannot remain indifferent. Israel must make it clear to the Palestinians and the world at large that an appeal to the International Criminal Court in The Hague is an ineffective move that won't pay off.

In recent years, the PA has tried every trick in the book to avoid sitting down, God forbid, at the negotiating table. These tricks culminated last week in the futile attempt, by means of the UN, to impose the establishment of a Palestinian state on Israel. Instead of acting in the best interests of the Palestinian people and trying to resolve the conflict via talks and without preconditions, the PA is waging a war – a propaganda war against Israel. 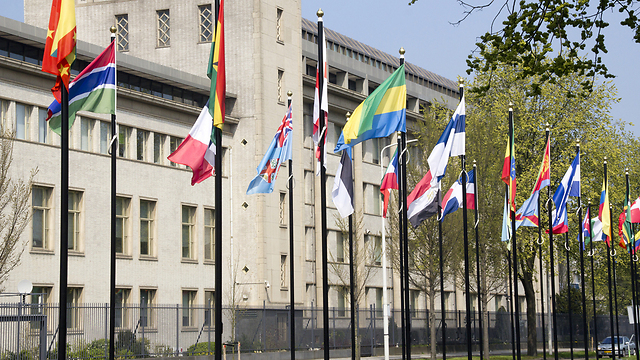 Israel, for its part, chose to act correctly when it responded with a unilateral move of its own, with the objective of paralyzing the PA and making it clear to its leaders that appeals to international entities mean an end to the negotiations with Israel. The immediate casualties of the freeze are the PA employees, and the security personnel among them, of course. Ostensibly, Israel could be affected by the paralysis of the PA's security mechanisms, but Mahmoud Abbas knows all too well that his regime will be the one to suffer most and struggle to neutralize the next Hamas takeover.

In my view, however, the freezing of the funds is only a first step, and isn't enough. The move's principal drawback is the fact that it is temporary and reversible. The funds haven't been appropriated, they've only been frozen. In other words, in a day or two, two months at the most, Israel will transfer all these funds to the PA.

In contrast, the PA's appeal to the ICC in The Hague is an irreversible move – and an irreversible move must be answered in kind. A prime minister with guts, therefore, should have announced the immediate annexation of Area C in Judea and Samaria. If the Palestinians want to prevent any chance of negotiations, then Israel, too, should establish new facts on the ground.

This is not the first time Israel has unilaterally decided to freeze the funds owed to the Palestinian Authority. In the past, Israel was forced to cough up. The funds in question are tax revenues and Israel serves only as a pipeline for their transfer to the PA.

What does it say about us as a people when we employ the same methods that were used against Jews in the Diaspora? Back then, they went for our pockets and said it was the only language the Jews understood. Have we lowered ourselves to that same level?

Despite being repeatedly shown that financial oppression of the PA is ineffective, Israel is repeating the same pattern of behavior – as if we haven't really learned a thing, as if we haven't forgotten anything. Failure to transfer the funds to the PA creates a growing resentment towards Israel. The PA cannot pay the wages of its people and employees, and this immediately translates into anger against Israel and increasing despair on the other side. And as we all know, desperate times lead to desperate measures – and yes, to terror attacks too!

And for what exactly is Israel punishing the PA? For making a unilateral appeal to the UN and asking to be recognized as a state. In all honesty, if the situation were reversed, wouldn't Israel do all it could to achieve independence and win recognition from the nations of the world? After all, that is precisely what Israel did 67 years ago.

I can already hear the cries of outrage for the fact that I am comparing us to them. Scream and shout if you will, but remember, too, that the negotiations have been going nowhere for more than 20 years already. By now, we could have had two states prospering side by side, without being in control of millions of people who don't want us there.

Yes, I know, they are to blame as well. But instead of looking to point fingers and holding back funds, our leadership should take the initiative and lead the way towards resolving the conflict and not merely manage it.