While Hermon ski site remained closed, visitors who arrived there still found ways to hit the slopes; families disappointed of Jerusalem snowfall head to Gush Etzion where 10-15 cm of snow piled up.

Israelis enjoyed the last of the snow on Saturday, with temperatures dropping below freezing as the cold front currently passing over Israel reached its peak and began drawing to a close. 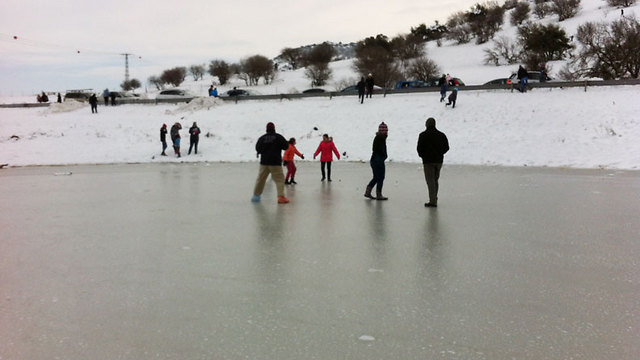 A frozen pond in the Golan Heights (Photo: Tomer Litman)

Tens of thousands of Israelis made their way to the Golan Heights, the Galilee, Gush Etzion and even the Carmel Mountain on Saturday morning to enjoy the accumulating snowfall of the last few days. 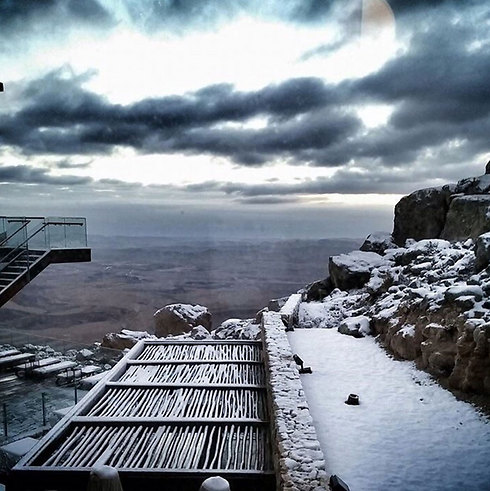 Those who arrived at the Hermon Mountain ski site, however, were disappointed to find it was still closed for visitors, and its access paths were blocked as the roads leading to the mountain have not yet been cleared of snow. 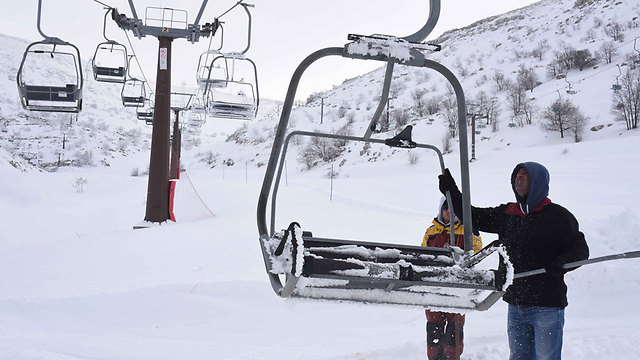 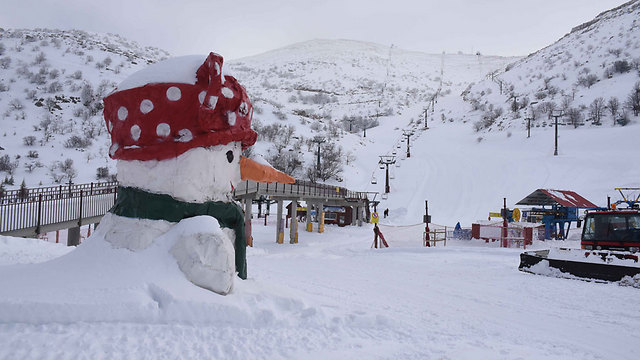 Some visitors, though, decided not to wait for the ski site to open, and skied down nearby slopes with skis, snowboards and kite boards that allow for fast skiing. 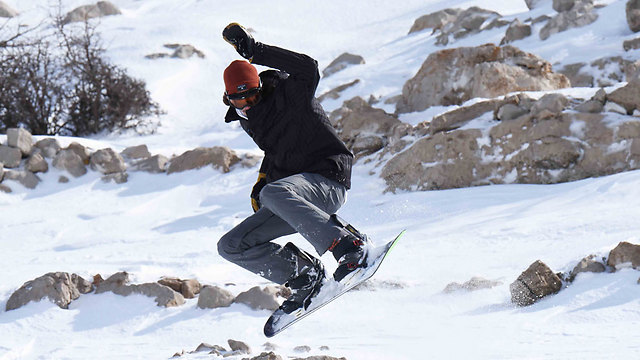 "We can't wait anymore," some of them said. "Especially considering the temperatures will rise in a few days and the snow will melt. This is the time to ski." 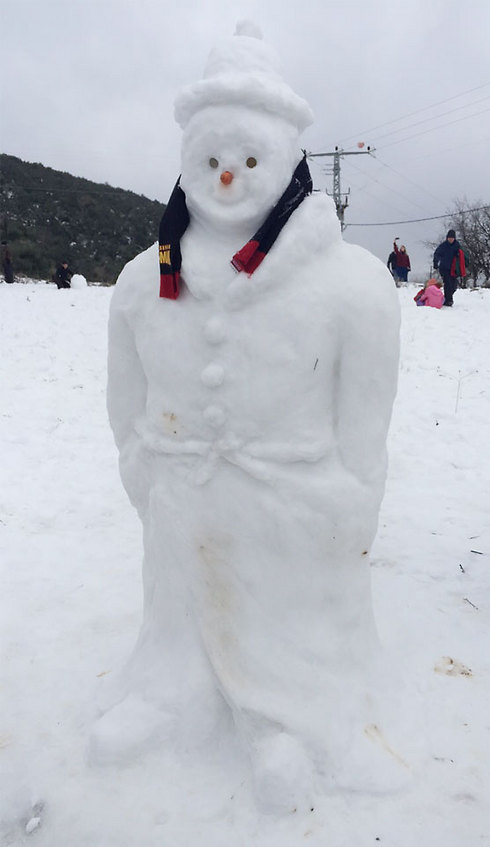 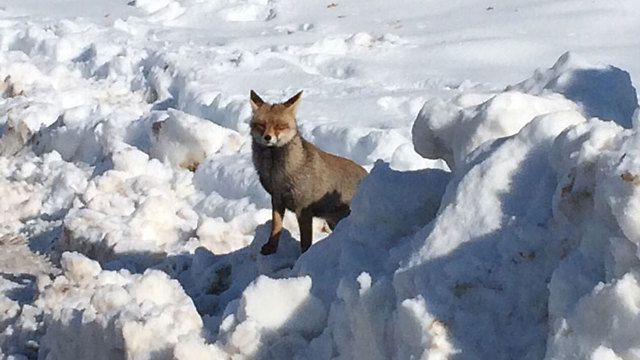 A fox braving the cold in the Golan Heights (Photo: Dana Bahat)

Temperatures also dropped to near freezing levels in Tel Aviv, a coastal city known for more its sweltering summer heat.

In the meantime snow fell in Jerusalem overnight Friday, but stopped Saturday morning, eventaully permiting the main Highway 1 to be reopened. 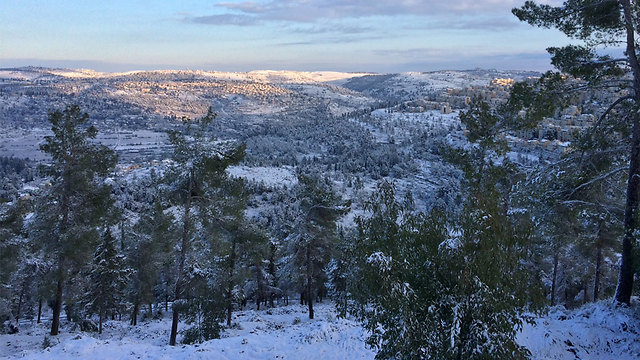 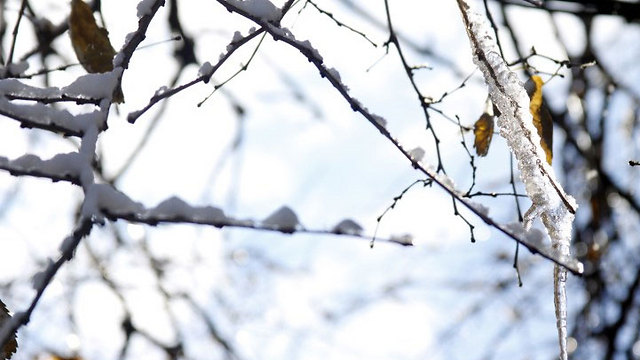 A lot of visitors arrived in Jerusalem and its surrounding areas to see the snow. Many arrived in Sacher Park and even though most of the snow has already melted by the late morning hours, many of the families who arrived there were pleased with the experience.

Several families chose to make their way to Gush Etzion, where 10-15 cm of snow piled up on the ground. 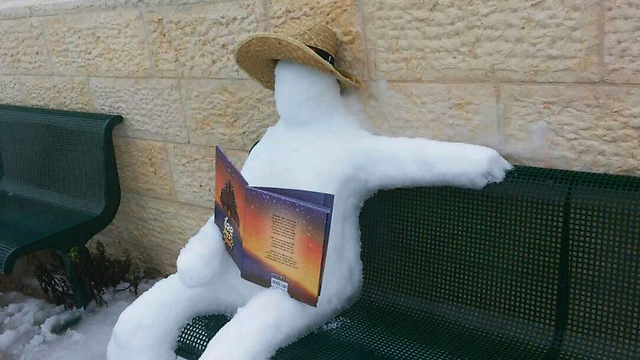 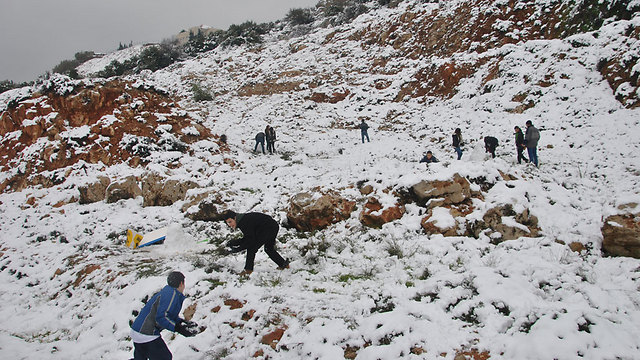 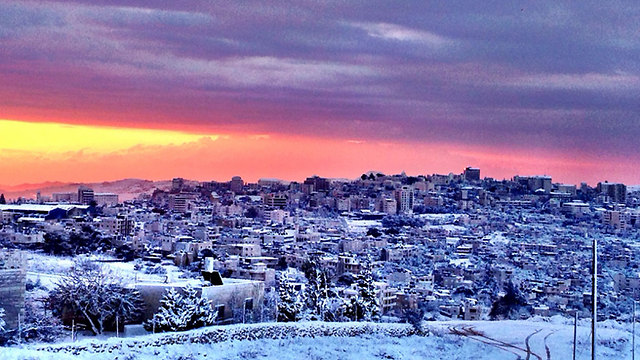 The wintery joy of snow was not isolated in Jerusalem and Safed, as light snow fell Friday night across northern Israel. The snow reached the Carmel Mountain, where roads were closed in several towns.

The Western Galilee also received its share of the wintry weather, though the most surprising spot to be blanketed in white was Mitzpe Ramon, a southern town in the Negev desert. 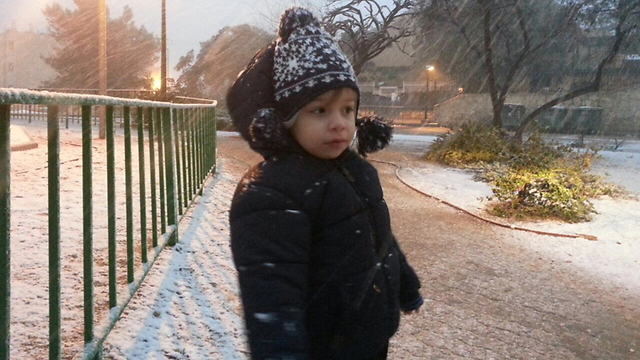 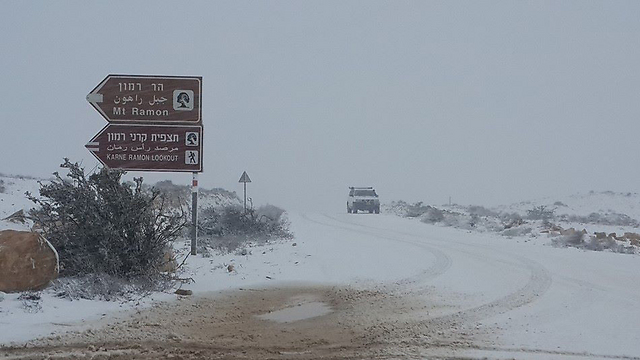 Snow falls on Negev desert (Photo: Negev Tourism)
The Druze village of Daliyat al-Karmel, between 400 and 500 meters above sea level, received a few centimeters of snow. 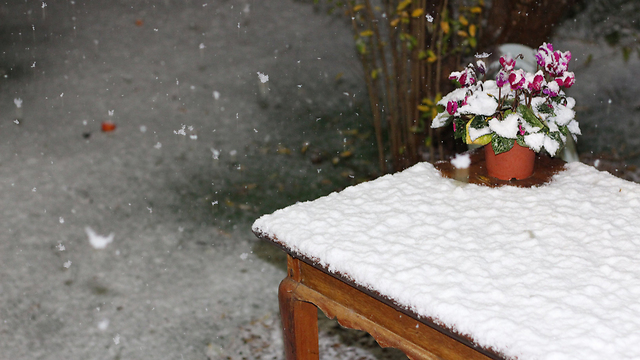 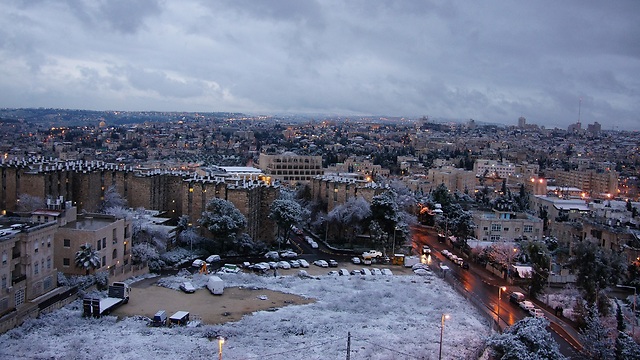 The road closures are expected to be in force throughout the night due to icy conditions. The police have urged drivers to stay off those highways until morning.

While many of Jerusalem's students enjoyed a break from school because of the falling snow and slippery roads, the Jerusalem municipality announced Saturday night that schools will operate as normal in all educational institutes in the capital on Sunday morning.