At the same time, a source close to Hezbollah told the French news agency AFP that the attack on Syrian soil killed six Iranian military personnel, in addition to the six Hezbollah activists whose deaths were reported Sunday night. This brings the total death toll in the attack to 12. 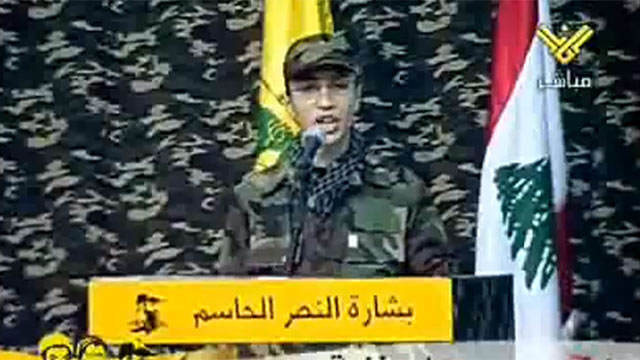 Jihad Mughniyeh, the son of late Hezbollah military mastermind Imad Mughniyeh, was among those killed in the attack in Syria.

According to Ynet analyst Ron Ben-Yishai, it is still difficult to assess the significance and extent of the damage to Hezbollah chain of command. The fate of one person in particular is ambiguous - Abu Ali Tabatbai or Abu Ali Tabatai. Not only is his exact name unclear, it is also not certain that he was killed in the attack.

The question of his identity and the need to clarify whether he was killed are of great importance. The Iranian general in command of Hezbollah fighters and Revolutionary Guard forces in Syria is called Abu Ali Tabatbai, while a senior Hezbollah official named Abu Ali Rada, also known as Tabatai, commands Hezbollah's observation points and possibly a Special Forces unit within Hezbollah.

For now, however, there is still no clear answer who he is or whether he actually died in the attack.