New Saudi king expected to maintain moderate line of predecessor, backing Palestinians and peace: 'He was a brave and wise leader… this is a loss for peace in Middle East,' former Israelis president says.

Saudi Arabia will bury King Abdullah in an unmarked grave on Friday, hours after it moved to ensure a smooth transition by appointing a new king and crown prince to quell fears of dynastic instability at a time of regional turmoil.

President Reuven Rivlin praised Abdullah who passed away on Friday and said: "I was saddened to hear of the passing of King Abdullah. He was an example of grounded, considered and responsible leadership, with a deep religious tradition. As 'Guardian of the Holy Places' of Islam, King Abdullah acted as a moderator, respecting the sensitivity and sanctity of Jerusalem and sought to promote a vision of prosperity for the region. His wise policies contributed greatly to our region, and to the stability of the Middle East." 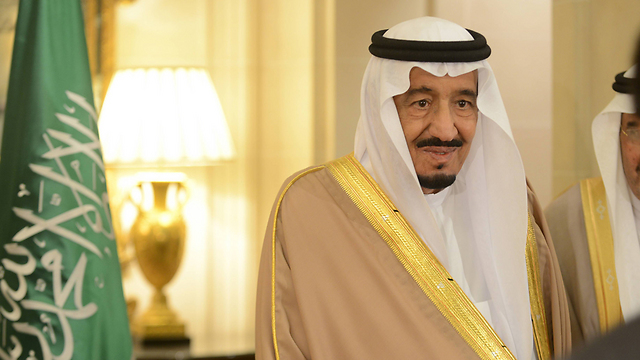 King Salman (Photo: MCT)
Abdullah's successor, King Salman, now takes over as the ultimate authority in a country that faces unprecedented tumult in the region and difficult long-term domestic challenges compounded by the plunging price of oil.

Salman vowed on Friday to maintain the same approach as his predecessors: "We will remain, with God's support, maintain the straight path that this country has advanced on since its establishment by the late King Abdulaziz," King Salman said in the speech, broadcast on state television. 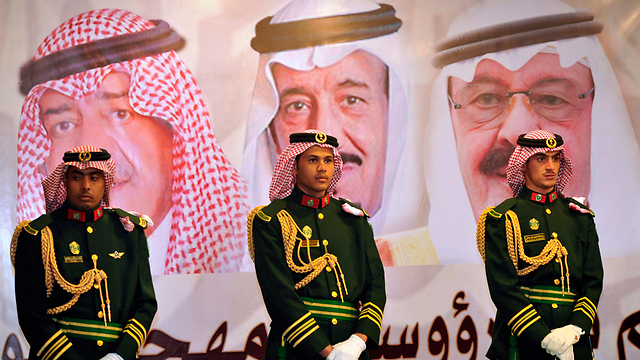 He also called for the unity and solidarity of the Muslim and Arab countries and pledged to serve his country and shield it from any harm.

Former Israeli president Shimon Peres, currently in Davos for the World Economic Forum, eulogized the deaceased king, saying "this is a loss for the Middles East, a loss for peace in the Middle East." Peres praised him as a wise king "who had the bravery to put forth a peace plan." 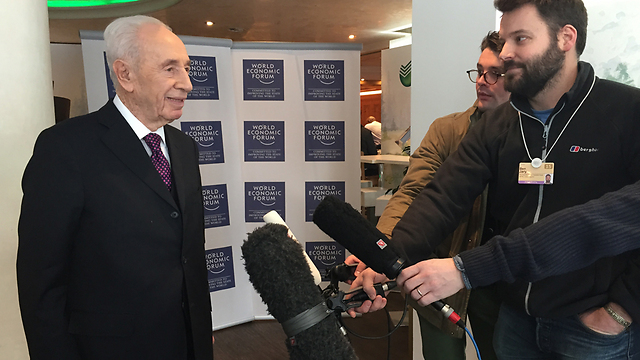 Peres: This is a loss for peace (Photo: President's Residence)
Considered a moderate, Salman is expected to maintain the kingdom's policies regarding Israel, keeping in line with moderate Sunni Gulf states, he is expected to support the Palestinians and back Palestinian President Abbas while promoting the Saudi peace plan, which includes a regional deal between Arab nations and Israel as part of a local peace agreement. Salman must navigate a white-hot rivalry with Shiite Muslim power Iran playing out in Iraq, Syria, Yemen, Lebanon and Bahrain, open conflict in two neighboring states, a threat from Islamist militants and bumpy relations with the United States. Iran offered condolences Friday to the people and government of Saudi Arabia upon the death of King Abdullah and said Foreign Minister Mohammad Javad Zarif would travel to Riyadh. In a statement on its foreign ministry website, Iran said Zarif would represent the Islamic republic at an official ceremony in the Saudi capital on Saturday. Salman on Friday moved to resolve the kingdom's long term succession by appointing his nephew Mohammed bin Nayef as deputy crown prince, meaning he will be the first of that generation to rule the kingdom one day. Prince Mohammed, who remains as Interior Minister, according to the royal decree carried on state television, is next in line to rule after Salman and Crown Prince Muqrin. A close friend of the United States, Prince Mohammed has won plaudits from Western countries for his crushing of an al Qaeda insurgency from 2003-06 when he was head of the kingdom's security forces and his father was Interior Minister. Born in 1959, Prince Mohammed is relatively young by the standards of senior Saudi royals, and his appointment as second in line to rule should resolve long-term questions over the succession for many years to come.