Israeli doctors help out hundreds of children in Vietnam

For over 30 years, the international Operation Smile has provided over 200,000 free surgical procedures to children and young adults around the world suffering from facial deformities, giving each one a new start in life in some of the world’s most impoverished communities.

During this year’s Operation Smile campaign in Vietnam, two Israeli doctors joined 300 delegation members from 18 countries in January, to provide free reconstructive surgery for children born with conditions such as cleft lip and cleft palate as well as other facial deformities. 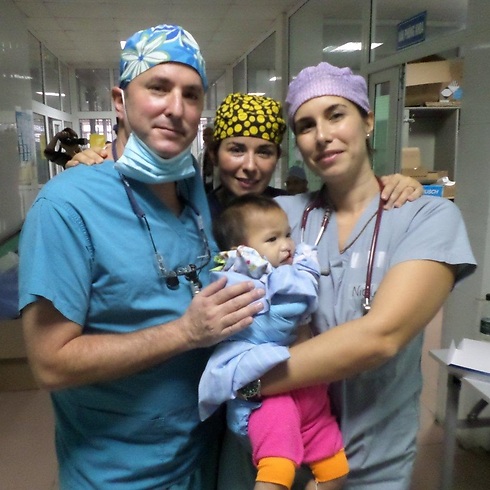 A cleft is an opening in the lip, the roof of the mouth or the soft tissue in the back of the mouth, while cleft palate occurs when the two sides of a palate do not join together. Children born with cleft conditions often suffer from ear disease and dental problems as well problems with speech development.

They may also have difficulty speaking, hearing, breathing or eating properly. In developing countries, parents often cannot afford the corrective surgeries their children need for healthy, productive lives. Operation Smile has often reached areas where children and families have never even seen a doctor or healthcare worker.

As the largest volunteer-based children’s medical charity providing free cleft surgeries, Operation Smile heals thousands of children every year. The international children’s medical charity works in over 60 countries to heal children’s smiles with a network of more than 5,400 volunteers from more than 80 countries including Israel. Volunteers donate their time and efforts to provide safe surgeries for children and postoperative and ongoing medical therapies to children. During January’s Vietnam mission, the Israelis doctors were part of an international medical team that performed more than 500 cleft surgeries during the 10 days they spent volunteering across the country. Delegation members operated 12 hours each day and helped children at six different sites throughout Vietnam. "The atmosphere among doctors was extremely convivial. Our free time was filled with conversation, jokes and mutual invitations," remarked Dr. Sharony. "The cliché that medicine is a bridge between cultures was more apparent than ever."