Some 1,500 Holocaust survivors marked 60th anniversary of death camp's liberation, while only 300 are expected to mark 70th. 'In 10 years there might be just one,' says 85-year-old survivor.

OSWIECIM – A decade ago, 1,500 Holocaust survivors traveled to Auschwitz to mark the 60th anniversary of the death camp’s liberation. On Tuesday, for the 70th anniversary, organizers are expecting 300, the youngest in their 70s.

"In 10 years there might be just one," said Zygmunt Shipper, an 85-year-old survivor who will attend the event in southern Poland to pay homage to the millions killed by the Third Reich. In recent years, Shipper has been traveling around Britain to share his story with school groups, hoping to reach as many people as he can while he has the strength.

"The children cry, and I tell them to talk to their parents and brothers and sisters and ask them, 'Why do we do it, and why do we hate?'" he said. "We mustn’t forget what happened."

But as the world moves inevitably closer to a post-survivor era, some Jewish leaders fear that people already are starting to forget. And they warn that the anti-Semitic hatred and violence that are on the rise, particularly in Europe, partly could be linked to fading memories of the Holocaust. 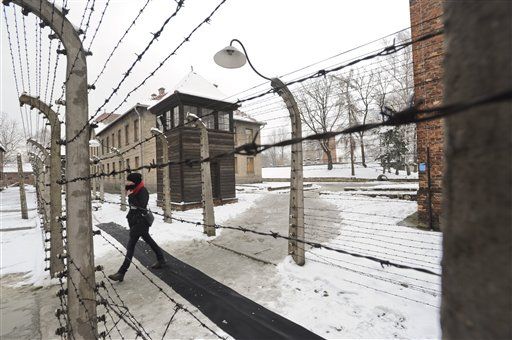 Ronald Lauder, president of the World Jewish Congress, said the recent massacres in Paris, which targeted Jews and newspaper satirists, are proof of growing hatred and extremism. It’s a message he plans to stress in a speech Tuesday at the former site of Auschwitz-Birkenau, where the Nazis killed more than 1.1 million people, most of them Jews.

"Shortly after World War II, after we saw the reality of Auschwitz and the other death camps, no normal person wanted to be associated with the anti-Semitism of the Nazis," Lauder said. "But as the Holocaust grows more distant and survivors disappear, extremists grow more bold in targeting Jews. Stoked by a false narrative that blames Israel for a litany of the world’s problems, anti-Semitism is resurgent and deadly."

Distance from the Holocaust is only one factor behind the rising anti-Semitism, and experts also fault the ease with which hateful propaganda is spread on the Internet and the growing presence of radical Islam in Europe. In Hungary and Greece, far-right movements have grown stronger amid economic decline.

"Fading memories are one reason for the rise in anti-Semitism, but anti-Semitism was always there," said Abraham Foxman, national director of the US-based Anti-Defamation League and a survivor himself. "We have hidden it, made it unacceptable, made it un-PC, but we never really eliminated it. The consciousness of what anti-Semitism was, of Auschwitz, was prevalent; it kept the lid on it. It wasn’t acceptable to be anti-Semitic." 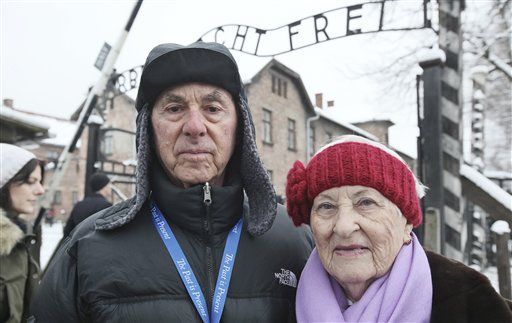 Despite the troubling trend, there also are reasons for hope. Mainstream society has become more vigilant, and Holocaust educators say interest in the Holocaust keeps growing. Also, anti-Semitism remains a huge taboo for most politicians and mainstream societies in the West. Political opposition to anti-Semitism will be underlined by the presence Tuesday of the presidents of Germany, France and Poland, along with many other European leaders and royalty.

In Germany, which has stressed Holocaust education for years, leaders, media and most citizens show little tolerance for anti-Semitism. A recent example came just days ago, when a photo surfaced of an anti-immigrant leader, Lutz Bachmann, sporting an Adolf Hitler moustache and his hair combed over like the Fuehrer. Comments also emerged in which he called refugees "cattle" and "filthy."

Although he called the photo a joke, German leaders and the media found nothing funny. Their condemnation was swift and resolute, and Bachmann immediately resigned from his role as a head of the anti-immigrant group he helped found, PEGIDA.

But condemnation of anti-Semitism hasn’t stopped it from growing in Muslim immigrant communities in Germany. Since the Gaza war last summer, there has been an increase in attacks against Israelis, synagogues and Jewish institutions. In Paris last summer, anti-Israel protests turned violent, and anti-Jewish fury was on display in Belgium and Italy. 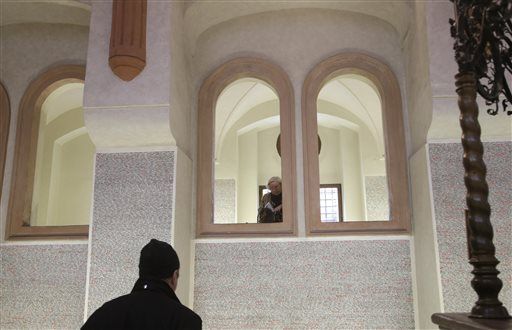 "Everybody is afraid, everybody," said Levi Salomon, the spokesman for the Berlin Jewish Forum for Democracy and against Anti-Semitism which tracks anti-Semitic crimes and helps victims. "In Germany, it is not as extreme as in other countries. We haven’t had any murder cases yet, but still people are worried."

In recent years there have also been deadly attacks on Jews. Last May a shooting killed three people at the Jewish Museum in Brussels and in 2012 a rabbi and three children were murdered in the French city of Toulouse.

One troubling question: Could anti-Semitism grow even more in coming years, when school children will no longer be able to have the life-altering experience of learning about the Holocaust directly from someone who was ripped away from a mother, who endured indescribable hunger, cold and torture, who witnessed chimneys spew out the smoke of burning bodies?

Holocaust educators are struggling to film as many survivor testimonies for future generations as possible, but there is no replacing the emotional impact of hearing directly from a survivor. 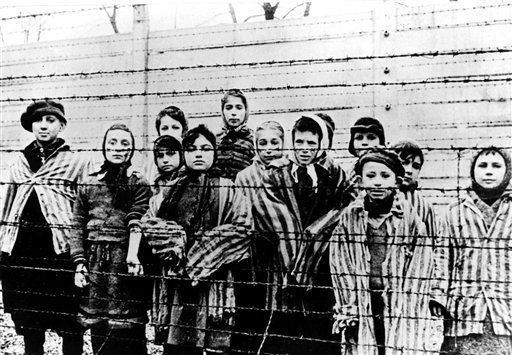 Eva Umlauf, an Auschwitz survivor who lives in Munich and also speaks to school classes, believes the culture of remembrance will inevitably change because "the era of the survivors is coming to an end soon" — she just doesn’t know how. She observes that German youth already have much greater emotional distance to the war than earlier generations.

"Their perception of the Holocaust is abstract. These kids are already the children of those born long after the end of the war — there isn’t really a direct connection anymore to the great-grandparents who lived at that time in Germany," said Umlauf, who was born in 1942 in a labor camp for Jews in Slovakia.

In November 1944, at the age of 23 months, she was taken to Auschwitz with her pregnant mother. Today the 72-year-old is believed to be the youngest survivor who will attend Tuesday’s commemorations.

Yad Vashem chairman Avner Shalev also laments that the world will be a poorer place without the survivors and the moral example they set. By and large, he says, they are individuals who saw the worst of humankind but still mustered the energy after the war to rebuild their lives, putting their faith again in humanity’s best side.

"The most astonishing fact for me and many others is that the heritage of the survivors is a very optimistic one," Shalev said. "They didn’t come out of the war desperate and bitter human beings who wanted to take revenge."

That optimism, Shalev says, gives many of them hope that the world will continue to remember what happened to them "maybe not for eternity — but for a long time."