At least 7 wounded, including soldiers, from Hezbollah fire in north

IDF respond with fire after vehicle hit with anti-tank missile not far from Har Dov, additional fire hits Hermon shortly after - a day after IAF responds to Hezbollah rocket attack against Israel.

Seven people, including a number of soldiers, were wounded along Israel's border with Lebanon Wednesday around noon after a Hezbollah anti-tank missile hit an IDF convoy.

Hezbollah claimed responsiblity for the attack, which it said was retribution for an Israeli assult in Syria that saw a group of its fighters killed. Prime Minister Netanyhau vowed to respond "with force" to Wednedsay's attack.

A Spanish UNIFIL (United Nations Interim Forces in Lebanon) soldier was killed after the IDF responded with fire into southern Lebanon. 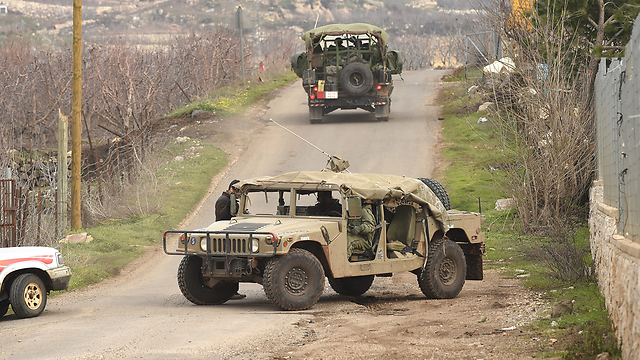 The initial attack took place near the Har Dov area, in close proximity to the Arab village of Ghajar, and was followed by mortar fire coming in from Lebanon onto Mount Hermon after the IDF responded to the attack. The IDF ruled out the possibility of a hijacking attempt, despite reports from Lebanon claiming otherwise.

The incident took place a day after the IAF responded to a rocket attack directed at Israel from Syria, which reports said Hezbollah forces in Syria were behind.

Wednesday's attack took place near Har Dov and Shebaa Farms, a disputed tract of land where the borders of Israel, Lebanon and Syria meet. Lebanese officials said that IDF shelling targeted the border villages of Majidiyeh, Abbasiyeh and Kfar Chouba near the Shebaa Farms area. 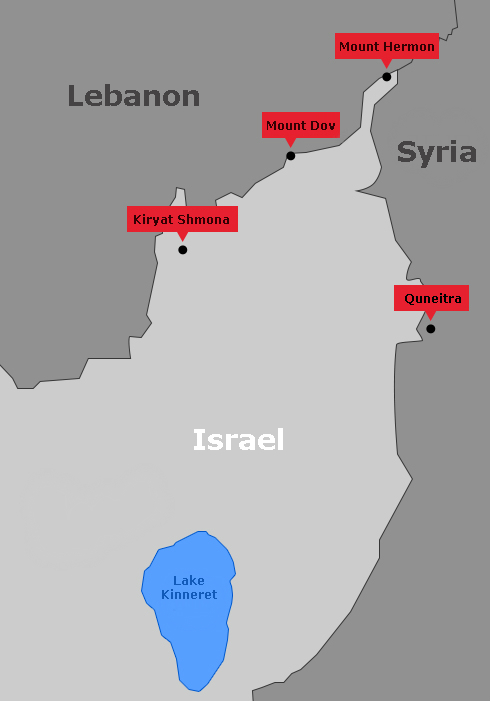 The residents of two border adjacent kibbutzim, Kibbutz Dafna and Kibbutz Kfar Giladi, were instructed to remain at home. 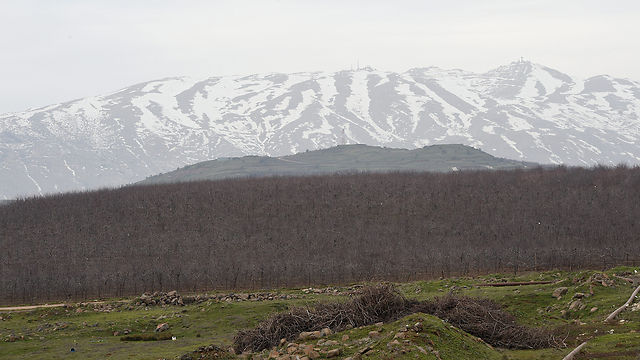 Meanwhile, the IDF began drilling along Israel's border with Lebanon amid fears that Hezbollah might be digging under the border.

The military was aiding local civilian workers in Zar'it, a border community. The IDF stressed there was no intelligence indicating the existence of such tunnels, but that residents reported suspicious noises. 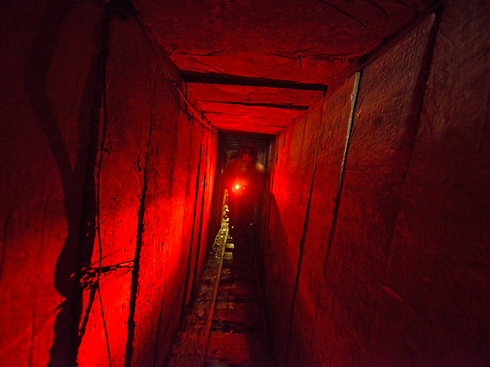 Gaza tunnels (Archive photo: IDF)
For some time now residents of the area have complained of such noises and they say they fear Hezbollah might be building underground tunnels under the border, much like Hamas has built tunnels into Israel from Gaza. Last summer, local community leaders demanded the IDF examine the claims: "I have heard claims that soil in the north is harder to dig in than the soil in the south. But this area is not rocky, it is actually very easy to tunnel there," said Benny Ben-Mubhar, head of the Mevo'ot Hermon Regional Council. "The army examines every such claim made by residents. The sounds being reported are suspicious and their origin is unknown and could be from underground," said head of the Upper Galilee Regional Council. Sarit Eliyahu, a resident of the border community, said the noises she hears are "like a vibrating cell phone." 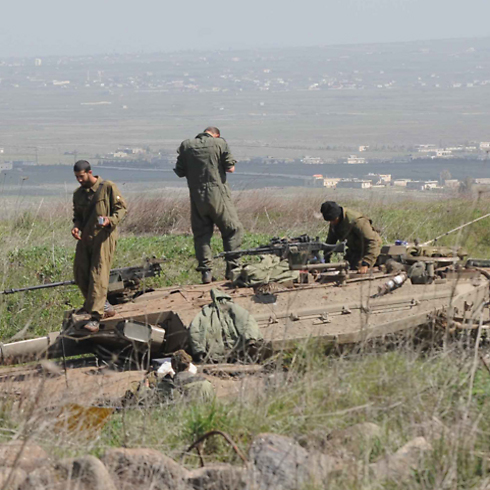 IDF forces along northern border (Archive photo: Avihu Shapira)
Wednesday's Hezbollah strike came 10 days after an Israeli air strike in Syria killed an Iranian general and several Lebanese Hezbollah terrorists. The air strike on targets in areas under the control of Syrian President Bashar al-Assad sent a clear message, Defense Minister Moshe Ya'alon said in a statement. "We will not tolerate any firing towards Israeli territory or violation of our sovereignty and we will respond forcefully and with determination," Ya'alon added. On Tuesday, at least two rockets from Syria hit the Golan Heights and Israel responded with artillery fire, the IDF said. That incident forced Israel to evacuate its Mount Hermon ski resort on the Golan Heights, although a resort official said it had reopened for business on Wednesday. Iran told the United States last week's air strike crossed "red lines" and it will respond, IRNA news agency on Tuesday quoted a senior official as saying.