9 people murdered in the Arab sector in a month

Police have not announced any leads, as victims' relatives accuse police force of negligence and looking the other way.

Nine people in the Arab sector have been murdered in the five weeks of 2015. After 59 murders in the Arab sector in 2014, the trend seems to only be getting stronger. Just as 33 of last year's murders remain unsolved, there are still no leads in the majority of this year's cases.

The most recent incident was on Saturday night, when a man in his thirties was shot to death from a passing car near a coffee shop in the Negev. A 12-year-old boy was seriously wounded, and a 16-year-old boy was moderately wounded in the shooting. Members of the victims' families said they couldn't think of a possible motive. "The victims had no feuds and had good relationships with everyone," said one relative. 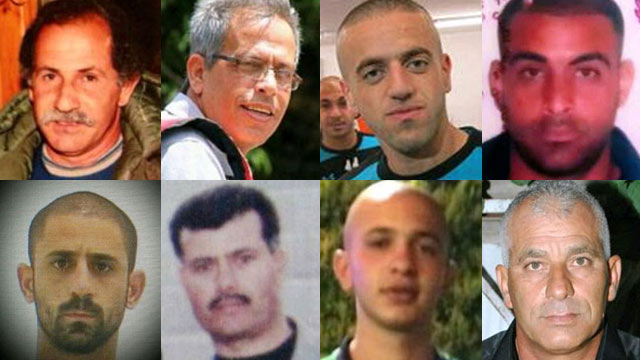 Last week Ahmed Mardi, a 61-year-old from Tira, was killed while sitting with two friends in a room at a soccer field. It was the third murder in 24 hours inside the so-called Triangle, an area of Arab towns near the Green Line. Mardi's wife, Abeer, said her husband was a worker responsible for the city's municipal pool. She could not understand why her husband was killed.

"He was a person with no criminal past, was a friend to all, and always tried to make amends between people in conflict," she said. "My husband was murdered in cold blood. I feel that the city of Tira betrayed him and did not stand by him."

Abeer blamed the police for the wave of murders. The police "doesn't take responsibility and doesn't deal with this phenomenon. Instead of arresting the murderers, the police comes and arrests people from the family. The police didn't even come here to ask questions since my husband was murdered. That is negligent and irresponsible." 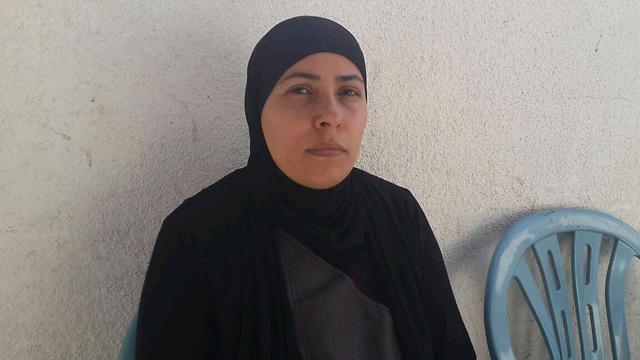 Tempers have also flared in Kafr Qasem following the murder of soccer player Suhaib Frij. "If the police doesn't find the killers, this criminal behavior will continue," said the victim's father, Mahmad Frij. "My son was not threatened and had no problems with anyone."

The police claims that the Arab sector is not cooperating in order to bring the killers to justice. Deputy chief of the Islamic Movement in Israel's southern faction, Sheikh Safout Frij, said it was not the citizens' job to do the work of the police.

"If the common citizen needs to attest to the crime, then what do we need the police for? On the day that a police station was opened in Kafr Qasem, we were told they would provide security and protect us. Today we ask them to protect our lives and bring the killers to justice." 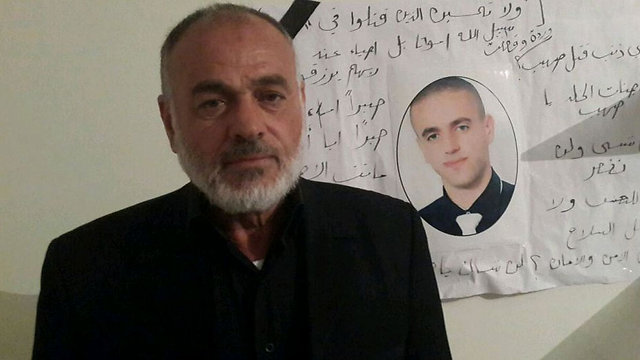 Two cousins were murdered last week in Jat, 100 meters (about 330 feet) away from the police station. Over the years, six people from the same family were murdered. "The murder was committed by a deadly gang that acts under the auspices of the police," said the uncle of the two victims, who were 17 and 23 years old. These are residents of the West Bank and Gaza who collaborated with the police, and (the police) are now trying to live at the Israeli public's expense," he said.

Attorney Reda Jaber, director of the Aman Center for a Safe Society, said: "The state failed in dealing with the phenomenon of violence and crime in Arab society," and said the government has not made a decision to deal with crime and poverty.

A police response said it "enforces the law in an equal manner, and handles investigations with professionalism." The statement added that "the Israel Police formed in recent years new police units in the Arab sector, who work in tandem with local authorities for the benefit of residents, and we will continue to supply quality service with the help of productive cooperation with the public."