This January, Alto Real Estate Funds completed the successful sale of a flagship property located within the downtown core of New York City for value of $22 million. The property was bought for $13 million (with 65% LTV loan) in a 50/50 partnership with the Klein Group 2 years ago. This sale is the 11th exit transaction for ALTO which was established by chairman, Mody Kidon and CEO, Yaniv Melamud.

The buyer of the property is a private 1031 purchaser.

The property is located at 261 Broadway adjacent to the World Trade center in the Financial District of New York City, close to City Hall and in an area that is an area rich in offices, banks and financial institutions such as Citi, Chase, HSBC and TD, New York’s City Hall and Courts, as well as the NYSE. 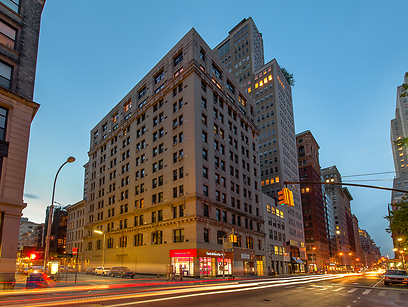 The property itself is a 15,000 SF mixed use building, which includes 2 retail units and one large functional basement. At the time of purchase, approximately 50% of the space was vacant and the remaining space was leased to Bank of America through to June 2020.

According to Peter J. Auerbach, ALTO's CIO, the property had significant value add potential at acquisition. It is centrally located within the City Hall Park area of New York and in the heart of the Financial District. We identified the below market of Bank of America and the possibility of introducing an anchor tenant into the vacant space.

ALTO Fund is also in negotiations with a contractor who wants to buy the Air Rights of the building. The share of the Fund and the Klein Group of these rights is 20% and the Fund's investors are expected to receive an additional $3,000,000 if negotiations are realized.

This is the 11th exit for ALTO Real Estate Funds and the third exit in New York City, after selling two more properties in Manhattan together with the Klein Group. In September 2013 the fund has sold a retail condominium in Manhattan’s Upper West Side (200 West End) for $50 million, after it was bought for $31 million (with 70% LTV loan) 26 months before. In December 2013 ALTO fund has sold a retail condo in the center of Fulton Street (111 Fulton) for $34.5 million, after purchasing the property with the Klein Group at Q1 2012 for $20 million (with 75% LTV loan)

Currently, ALTO fund and the Klein Group holdan additional property in Manhattan located on 20 Pine Street. The property was acquired in March 2013 for approx. 19.5 million after it had been 40% vacant for four years. After long negotiations lasting more than 10 months the fund was able to sign a long-term contract with FedEx (and a small restaurant) and double the rent by 105%. Today the property is valued at $40 million.

ALTO Real Estate Funds was established in 2010 and is an American RE fund, operates from its NY office that specializes in the acquisition of value-add income producing retail properties in key growth cities throughout the US. Up to now the fund has invested in 23 commercial properties with a total value of $515 million, 11 of which were sold for an average net IRR of 36%. The Company is currently targeting $150 million for the second fund (ALTO Fund 2) and has raised $50 million towards this target with two institutional entities that have recently joined.

For additional information please contact us by phone 212-786-7676 or via e-mail natalie@alto-inv.com