The ring of peace in Oslo
Photo: AFP

Some 1,000 Muslims gather outside Oslo synagogue, chanting 'no to anti-Semitism, no to Islamophobia'; 'There are many more peace mongers than warmongers,' says one of organizers.

OSLO - More than 1,000 Muslims formed a human shield around Oslo's synagogue on Saturday, offering symbolic protection for the city's Jewish community and condemning an attack on a synagogue in neighboring Denmark last weekend.

Chanting "No to anti-Semitism, no to Islamophobia," Norway's Muslims formed what they called a ring of peace a week after Omar Abdel Hamid El-Hussein, a Danish-born son of Palestinian immigrants, killed two people at a synagogue and an event promoting free speech in Copenhagen last weekend.

"Humanity is one and we are here to demonstrate that," Zeeshan Abdullah, one of the protest's organizers told a crowd of Muslim immigrants and ethnic Norwegians who filled the small street around Oslo's only functioning synagogue.

"There are many more peace mongers than warmongers," Abdullah said as organizers and Jewish community leaders stood side by side. "There's still hope for humanity, for peace and love, across religious differences and backgrounds." 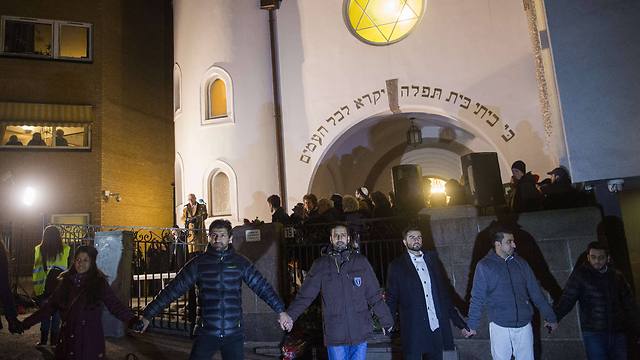 "We want to demonstrate that Jews and Muslims do not hate each other," Abdullah told the crowd, standing in a half-circle before the white synagogue. "We do not want individuals to define what Islam is for the rest of us." 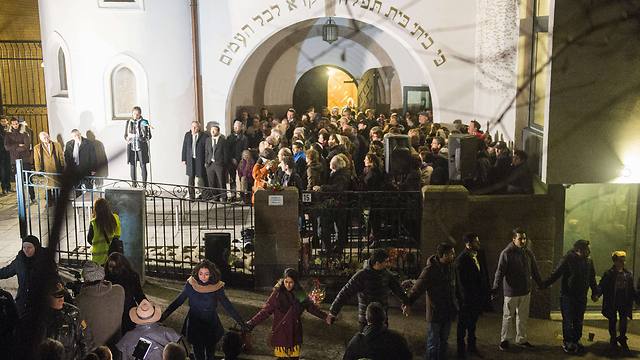 Norway's Chief Rabbi Michael Melchior sang the traditional Jewish end of Sabbath song outside the synagogue before the large crowd holding hands. Co-organizer Hassan Raja said it was the first time he heard the song. 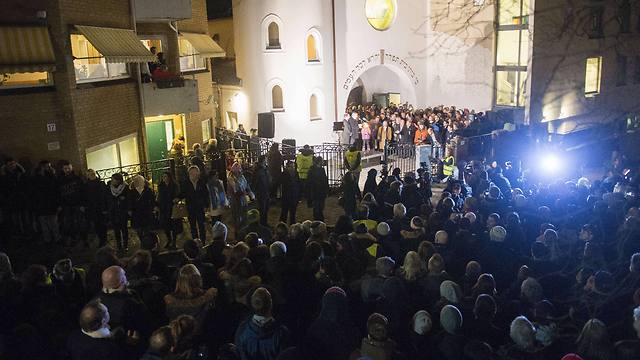 Norway's Jewish community is one of Europe's smallest, numbering around 1,000, and the Muslim population, which has been growing steadily through immigration, is 150,000 to 200,000. Norway has a population of about 5.2 million.

The debate over immigration in the country came to the forefront in 2011 when Anders Behring Breivik killed 77 people and accused the government and the then-ruling Labor party of facilitating Muslim immigration and adulterating pure Norwegian blood.

Support for immigration has been rising steadily since those attacks, however, and an opinion poll late last year found that 77 percent of people thought immigrants made an important contribution to Norwegian society.