The "Jihadi John" killer who has featured in several Islamic State beheading videos is Mohammed Emwazi, a Briton from a middle class family who grew up in London and graduated from college with a degree in computer programming, the Washington Post newspaper said.

In videos released by Islamic State (IS), the masked, black-clad militant brandishing a knife and speaking with an English accent appears to have carried out the beheadings of hostages including Americans and Britons.

The Washington Post said Emwazi was believed to have travelled to Syria around 2012 and to have later joined IS. 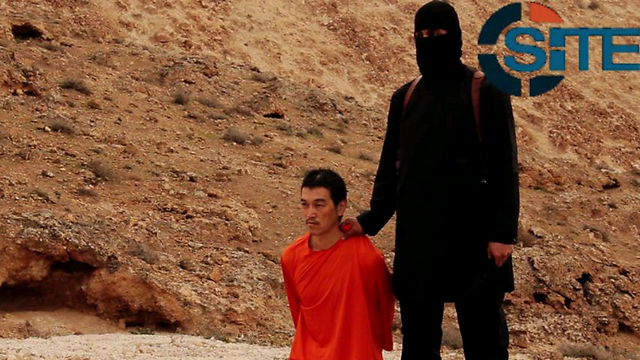 "His real name, according to friends and others familiar with his case, is Mohammed Emwazi, a Briton from a well-to-do family who grew up in West London and graduated from college with a degree in computer programming," the Post said.

In each beheading video, he is dressed entirely in black, a balaclava covering all but his eyes and the ridge of his nose. He wears a holster under his left arm. Hostages gave him the name John as he and other Britons had been nicknamed the Beatles, another was dubbed George. The paper said he had been born in Kuwait, was raised in a middle-class neighbourhood in London and occasionally prayed at a mosque in Greenwich, southeast London. Police declined to comment on the reports. "We are not going to confirm the identity of anyone at this stage or give an update on the progress of this live counter- terrorism investigation," said Commander Richard Walton of the Metropolitan Police's Counter Terrorism Command in a statement. The Post quoted friends of Emwazi, who spoke on condition of anonymity, as saying they thought he had started to become radicalised after a planned safari in Tanzania following his graduation from the University of Westminster in London. They said Emwazi and two friends - a German convert to Islam named Omar and another man, Abu Talib - never made it to the safari. On landing in Dar es Salaam, in May 2009, they were detained by police and held overnight before eventually being deported, they said. No comment was immediately available from the University of Westminster.

The Post said counterterrorism officials in Britain detained Emwazi in 2010, fingerprinting him and searching his belongings.