Iran Nuclear Agreement Review Act would Congress to receive text of any final deal with Iran, prohibit Obama from easing Iran sanctions for 60 days after deal.

United States President Barack Obama would veto a bill recently introduced in the Senate allowing Congress to weigh in on any deal the US and other negotiating countries reach with Iran on its nuclear capabilities, the White House said Saturday.

"The president has been clear that now is not the time for Congress to pass additional legislation on Iran. If this bill is sent to the president, he will veto it," said Bernadette Meehan, a spokeswoman for the White House's National Security Council. 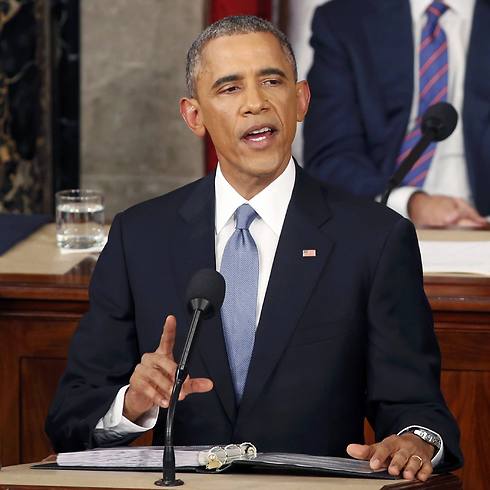 Barack Obama in Congress. 'Now is not the time for Congress to pass additional legislation on Iran.' (Photo: Reuters)
The United States and five other major powers are seeking to negotiate an agreement with Iran to curb its nuclear program in exchange for relief from economic sanctions.

The Iran Nuclear Agreement Review Act would require to submit to Congress the text of any agreement within five days of concluding a final deal with Iran. The bill would also prohibit Obama from suspending or waiving sanctions on Iran passed by Congress for 60 days after a deal.

Meehan said United States "should give our negotiators the best chance of success, rather than complicating their efforts." Negotiations between the United States, Russia, China, France, Germany, Britain and Iran have reached a crucial stage, with a basic framework agreement due by the end of March.

Republican Senator Bob Corker, one of the bipartisan group of sponsors of the bill, said it was "disappointing that the president feels he is the only one who speaks for the citizens of our country."

Meanwhile, Prime Minister Benjamin Netanyahu was due to depart for the US, where he will deliver a controversial address to Congress on the Iranian deal being drafted, which he opposes.

The speech, the initiative of Republican House Speaker John Boehner and Israeli Ambassador to the US Ron Dermer, has been roundly criticized for its timing, coming two weeks before Israel's Knesset elections, and for the fact that the White House was deliberately kept in the dark about the invitation.