State-of-the-art Palestinian city's development stuck amid conflict over connection to water, however its developer now says Israel has agreed to connect new city to grid, despite past conflict with settlers.

The builder of the first planned Palestinian city in the West Bank says Israel has agreed to connect Rawabi to its water grid, ending months of costly delays.

Rawabi, a state-of-the-art city, is to have 6,000 apartments, a mall and an amphitheater. It is the West Bank's largest private investment project, totaling more than $1 billion, and is seen as a symbol of Palestinian state building. 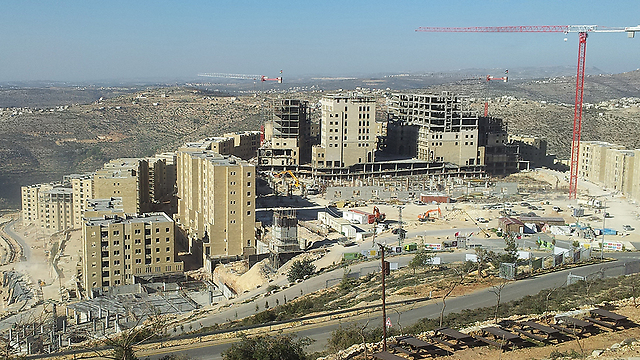 Rawabi
Developer Bashar Masri said Sunday that the wrangling over the water had put off potential buyers and forced him to slow construction. Masri says he now hopes to hand over 650 apartments by early summer.

Israel has said it has an interest in seeing Rawabi being built, but has caused repeated delays, prompting intervention by senior Western officials in the city's behalf. 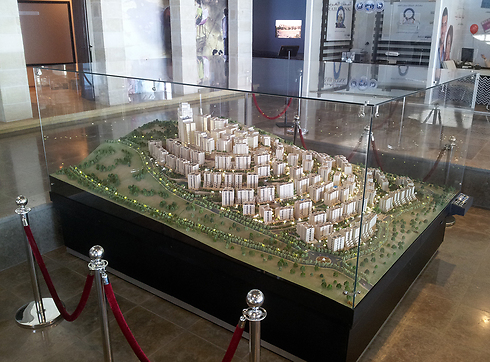 Model of Rawabi
Nahum Barnea, Ynet's print publication senior correspondent, reported two weeks ago that the first stage of the project was completed last May. The buyers were supposed to receive the keys, but the keys were not delivered because the construction company couldn't house the buyers because there was no water flowing because Israel refused to connect them to the joint pipe.
Rawabi's water woes
Dried-up pipe could land Israel in deep water
Nahum Barnea
There are quite a few ways to explain to the world why uninvolved people were killed in Gaza or why Jews are allowed to settle in an occupied territory; but there is no way to explain why Israel is preventing a Palestinian city from receiving water.
Rawabi's dried-up pipe could land Israel in deep water
Israel refused to connect them because its government is involved in a conflict with the Palestinian Authority.

According to Barena, each side in this conflict has principles: The PA won't sign on water supply to the settlements; the Israeli government won't approve water for the Palestinians as long as the PA won't sign.

In the meantime, the city's construction work has been halted. The marketing has been stopped too. The project, which was partly funded by Qatari money and partly by the buyers' money, is stuck.

Barnea reported that Major-General Yoav Mordechai, the coordinator of government activities in the territories, has made a huge effort in recent month to push the problem off the agenda. He used his connections in the PA to pave the way to a compromise. When he realized salvation will not come from there, he convinced Defense Minister Moshe Ya'alon to support a one-sided connection of the city. That's how quite a few settlements were connected to a water supply system.

Ya'alon mulled over the issue quite a lot, Barnea claimed, adding that the defense minister eventually decided that the pipe should be connected. According to rumors, Prime Minister Benjamin Netanyahu is also in favor of connecting the pipe. He realizes that Rawabi is a ticking bomb, both from the PR and legal aspects.

Until the matter reached Silvan Shalom's desk. Shalom is the minister of energy and water. When it comes to the West Bank area, the authority belongs to the Central Command chief, and in fact to the defense minister. The defense minister is in charge of the pipe, but the water minister is in charge of the water. Mekorot, Israel's national water company, will not supply water without the Water Authority's approval, and the Water Authority will not give the approval if the water minister refuses. 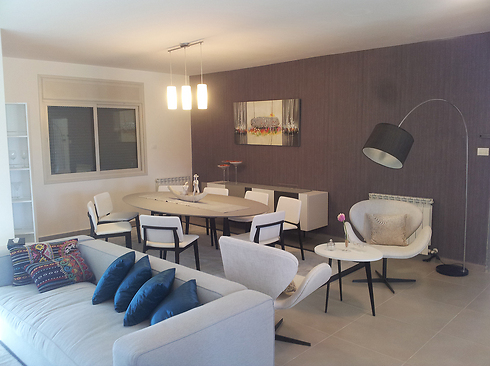 Model apartment in Rawabi
The upper middle class Palestinian families who bought apartments in Rawabi say they have been informed by the project's managers that work still remains on connections to the water and road networks, and the first residents are expected to move in at the beginning of 2015.

The prices paid for the apartments range from $65,000 to $110,000 – far above average in the Palestinian market but still less than in Israel. Purchasers include a high percentage of singles, and many also bought apartments there as an investment. To date, Rawabi is considered the largest and most important project in the Palestinian Authority. 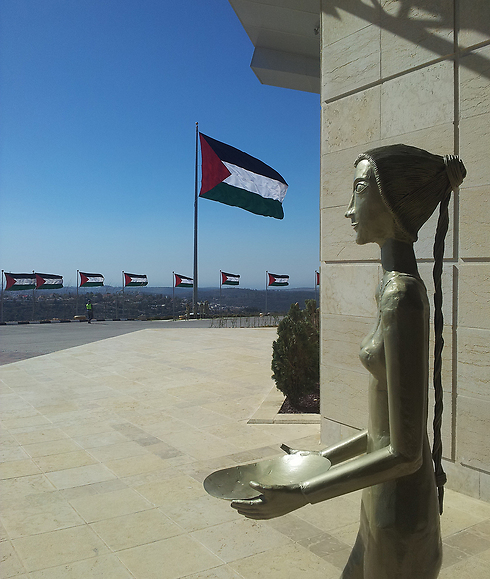 Some 6,000 families are ultimately expected to live in Rawabi; therefore continuing to populate the city will requires a far larger supply of water. As such, there is a need for a water pipeline that would partially pass through Area C of the West Bank – which is under Israeli control. This plan is opposed by the settlers.

Connecting Rawabi to the water network has been a bone of contention between Israeli and Palestinian representatives on the Joint Water Committee, which has not met in a long time due to disputes between the two sides.

Nahum Barnea and Danny Rubinstein contributed to this report