Statue in Swedish town with handbag
Photo: Screenshot From Twitter.

A unique protest taking place in Sweden has seen statues throughout the country adorned with purses in wake of a decision made by the town council of Växjö to prohibit the construction of a statue honoring a woman who hit a neo-Nazi with a handbag during a march in 1985.

Thirty years ago, Danuta Danielsson, a woman of Polish-Jewish origin, made headlines after a photograph circulated of her swinging her handbag towards a Swedish skinhead during a demonstration in Växjö.

Among the many others who were inspired by the iconic photograph was Susanna Arwin, a Swedish sculptor who made a miniature statue based on the photograph in 2014, later prompting initiatives to erect a life-size version of it in the city of Växjö. However, a local Swedish committee on Wednesday objected to the tribute, saying the statue might promote violence.

"We in Växjö work for democracy and free speech. Of course, we don't like Nazis," the Washington Post cited city councilor Eva Johansson as saying on Friday. 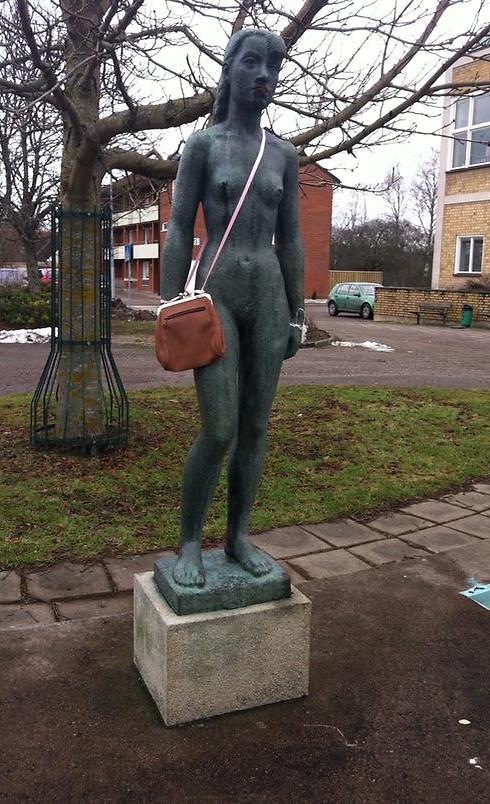 "But we can't accept that one can hit a person because one does not like him or her," Johansson further told the Post, adding: "Furthermore, a close relative has called us and has said he does not want Danielsson to be remembered that way."

Expressing their objection to the committee's decision, supporters of the tribute have been placing handbags on statues throughout Sweden. Meanwhile, several other municipalities offered to erect the statue proposed by Arwin in Danielsson's honor.

Danielsson, whose mother had been in a concentration camp during the World War II, died in 1988.