Egypt is investigating how foreign tourists managed to film a pornographic video near the Giza pyramids, the government said.

"There is unlawful footage of pornographic scenes in the area of the pyramids made by a foreign female tourist," Antiquities Minister Mamdouh al-Damaty said in a statement on Thursday, adding that he had referred the issue to the public prosecutor.

Part of video near Giza pyramids

The 10-minute video was posted online last year, local newspaper Al Masry Al Youm said, but the incident only gained wide attention this week when the paper published a story about it with screenshots that blurred out a woman's breasts.

The privately owned paper said the video shows nudity and sex acts by Russian-speaking tourists near the 4,500 year-old Giza pyramids and the Sphinx. Reuters was unable to confirm the contents of the video. 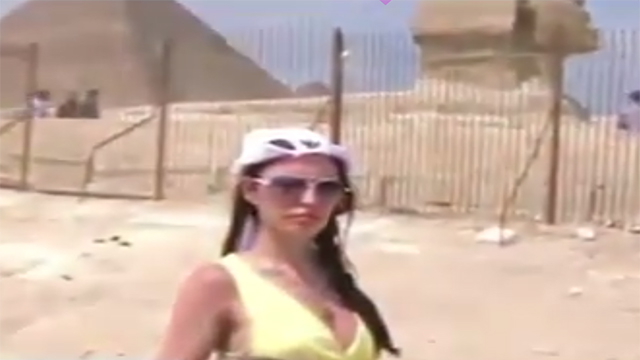 Screenshot from video near Giza pyramids

The filming has prompted some strongly adverse online comment in this conservative Muslim country.

Tourism is a main source of revenue and foreign currency for Egypt, but four years of political turmoil since the Arab Spring uprising that ousted Hosni Mubarak has scared away most foreign tourists. The government says it will take at least two more years before tourism returns to pre-2011 levels.