Iran's Supreme Leader hit out on Thursday at a letter by US Republican senators threatening to undo any nuclear deal between Washington and Tehran, saying he was worried because the United States was known for "backstabbing", Mehr news agency reported.

Ayatollah Ali Khamenei added at a meeting with President Hassan Rouhani and senior clerics that whenever negotiators made progress, the Americans became "harsher, tougher and coarser", Mehr reported.

The supreme leader also said a "Zionist clown" had delivered a speech in Washington, an apparent reference to Prime Minister Benjamin Netanyahu's address to Congress earlier this month, in which he warned the United States it was negotiating a bad deal with Iran that could spark a "nuclear nightmare." 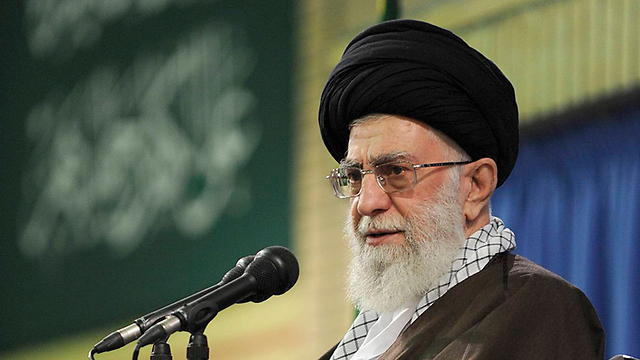 According to the official IRNA news agency, the Iranian leader called the letter by US Republican senators a sign of "the collapse of political ethics and the US system's internal disintegration". It was the first reaction to the letter by Khamenei, who has the final say over all major policies.

The letter signed by 47 Republican senators warned Iran that any nuclear deal made with US President Barack Obama could last only as long as he remained in office, in an unusual intervention into US foreign policy-making.

Khamenei said states typically remain loyal to their commitments even if governments change, "but American senators officially announced the commitment will be null and void after this government leaves office. Isn't this the ultimate degree of the collapse of political ethics and the US system's internal disintegration?"

Mehr quoted Khamenei as saying: "Of course I am worried, because the other side is known for opacity, deceit and backstabbing." 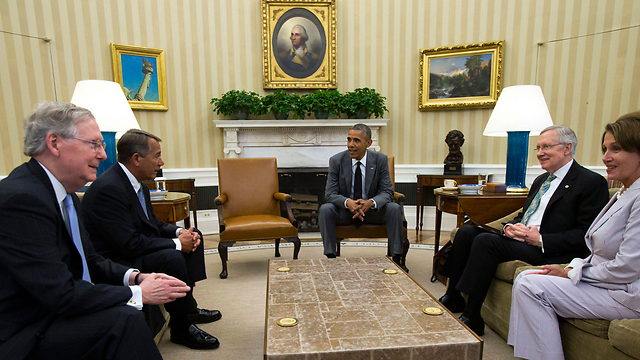 US President Obama with Congressional leaders (Photo: Reuters)
"Every time we reach a stage where the end of the negotiations is in sight, the tone of the other side, specifically the Americans, becomes harsher, coarser and tougher. This is the nature of their tricks and deceptions."

Khamenei added that US accusations of Iranian involvement in terrorism were risible.

The negotiations, which resume in Lausanne, Switzerland, next week, are at a critical juncture as the sides try to meet an end of March target for an interim deal, with a final deal in June.