Netanyahu: Left knows if Likud is in power, no concessions will be made

'We are keeping Jerusalem, all parts of Jerusalem, under Israeli sovereignty,' PM tells roaring crowd while Bennett pulls out a guitar and starts singing 'Jerusalem of Gold'.

Prime Minister Benjamin Netanyahu claimed Sunday evening that the left-wing was making great efforts to hurt him and the Likud party because "they know that as long as Likud is in power, we won't divide Jerusalem, we won't make concessions, we won't withdraw from land."

Some 20,000 people rallied in Tel Aviv on Sunday evening in support of Israel's right-wing parties, according to police assessment. Participants at the rally held blue and white banners supporting various parties and other signs, saying "Yachad Kulanu Likud" (a play on the names of three of the right-wing parties, which also translates to "together, we're all Likud"), "Mistakes are paid for in blood", "United for the land of Israel." 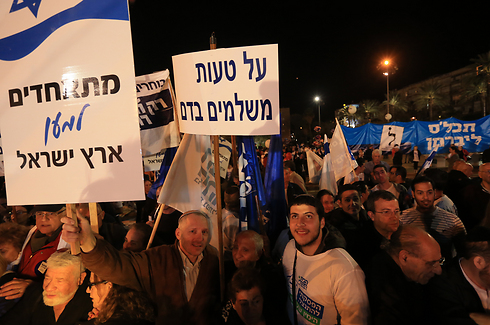 "We are keeping Jerusalem, all parts of Jerusalem, under Israeli sovereignty," Netanyahu said at an election rally organized by right-wing organizations in Tel Aviv's Rabin Square. 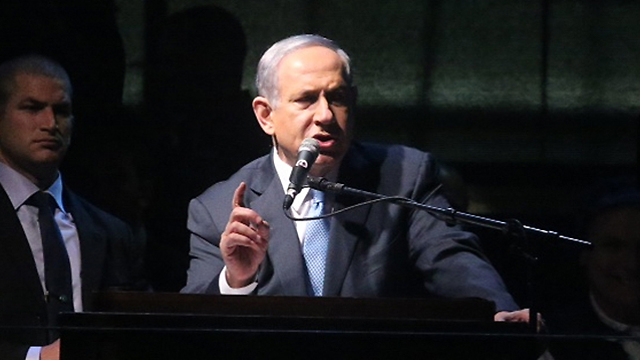 "We do not retreat, and we do not fold. And I say this under the greatest pressures as well. We present the Israeli people's truth to the entire world. When there is an existential threat to our people, the prime minister of Israel must stand at the gates, even if it contradicts the US administration's position. That's how I have acted and how I will act with your help and with God's help," he continued.

"I came here as the prime minister of the entire nation - of those who don't agree with me and of those who do, and they are many," Netanyahu announced at the beginning of his speech, which he made standing behind bullet-proof glass. 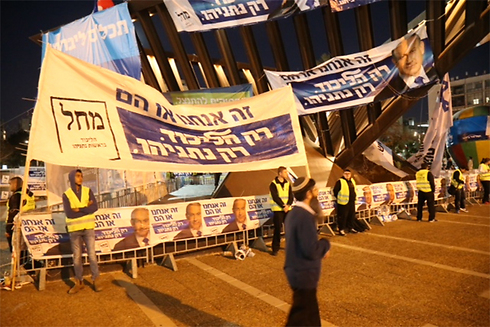 Rally organizers dubbed the rally a response to a center-left rally held in Rabin Square the week before, which called for changing the ruling government and drew tens of thousands.

During that rally, artist Yair Garbuz sparked anger after referring to members of the outgoing government as "amulet-kissers, idol-worshippers and people who prostrate themselves at the graves of saints." 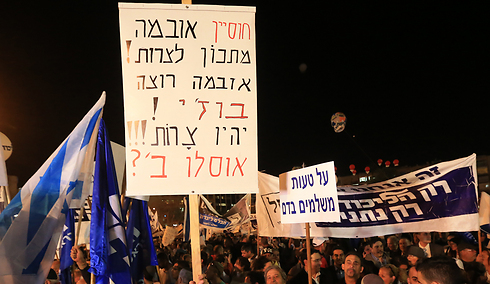 In his speech on Sunday evening, the prime minister referred to Garbuz's comments. "We stand for love of the Israeli people, the land of Israel, and the heritage of Israel and therefore we have no part in the arrogant words of contempt heard in this square only a week ago," he said.

"We were called amulet-kissers. Later they added 'stupid mezuzot kissers' and I want to know what exactly is the problem with kissing mezuzot? Since when is this a sin?" 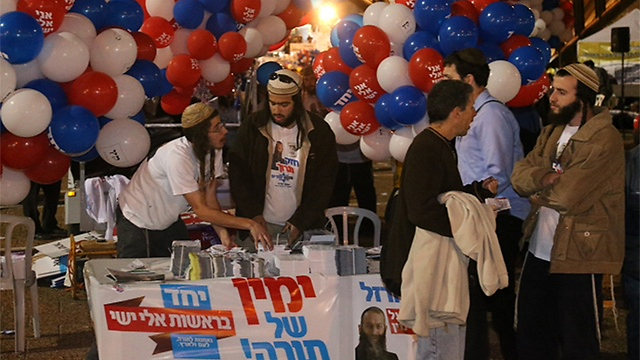 Because of the political nature of the rally, titled "United for the Land of Israel," and its proximity to the elections on Tuesday, the Central Election Committee barred the use of public money to fund it and barred singer Amir Benayoun, along with any other artist, of performing.

This led Economy Minister Naftali Bennett (Bayit Yehudi) to take out a guitar, declare that the "Central Election Committee will not silence us," and sing a rendition of Naomi Shemer's widely popular song "Jerusalem of Gold," off-key, with the audience singing along.

After his rousing performance, Bennett said the right-wing government lowered prices and created new jobs. "You don't have to choose between right-wing and social. The right is social. It lowered the cost of living by 5 percent," said Bennett. 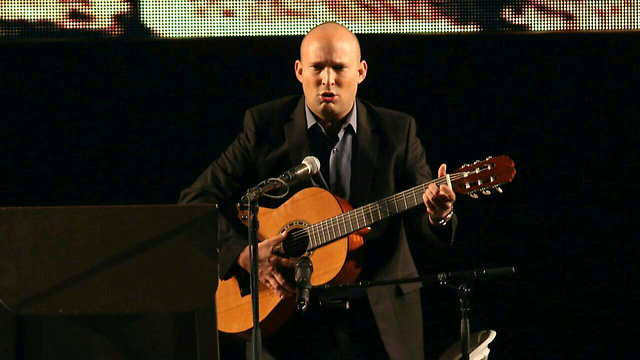 "Together, with a strong right, we will win. This is our answer to the left that wants to tear apart and divide the people and the land," he added. "Put an end to talk on dividing Jerusalem. There can be no negotiations about Jerusalem." 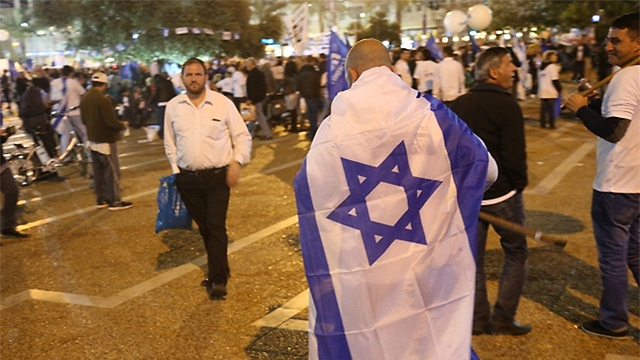 MK Omer Bar-Lev of the Zionist Union said after the rally that "this evening Netanyahu's true face was revealed when he responded to Daniela Weiss and spoke on the same stage as Eli Yishai, who is in the same party as Baruch Marzel, the successor to Kahana. Next to all these people, Bennett is the moderate in the bunch. It's clear today that we are conducting a battle for the face of Israeli democracy and that every vote that doesn't go to Herzog strengthens the extreme right."

The rally was organized by several right-wing organizations, including Nachala, which claims the rally "is a call on citizens to express their loyalty to the land of Israel." The organizers say the rally is a response to the center-left rally held a week ago. "This will actually be a battle of two worldviews - one that expresses complete loyalty to the land of Israel and one that believe in giving up land," the organizers said.