Abbas: Israel has no serious intentions to have peace

Palestinian Authority President Mahmoud Abbas on Thursday criticized Prime Minister Benjamin Netanyahu's declaration that no Palestinian state would be formed under his leadership.

"If these things are true, it means that the Israeli government has no serious intentions to reach a peace agreement that will create two states based on the 1967 borders," he said. "We therefore will not retreat from our position to apply international law, and so it is our right to go anywhere in the world to realize our rights according to international law." 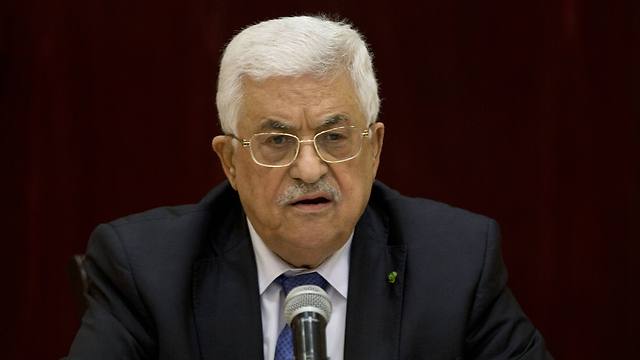 Saeb Erekat, chief Palestinian negotiator in peace talks with Israel that collapsed in April, said in a statement Wednesday that Netanyahu's electoral win this week showed "the success of a campaign based on settlements, racism, apartheid and the denial of the fundamental rights of the Palestinian people". 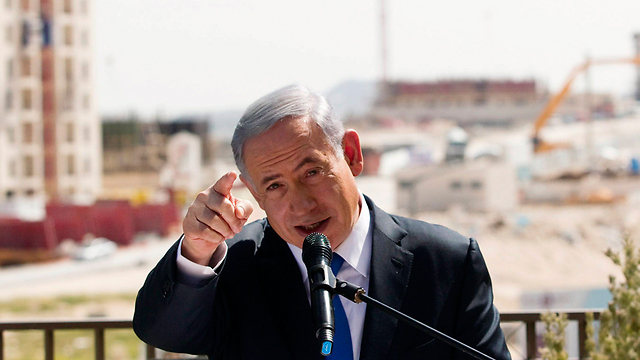 Netanyahu at Har Homa declaring his rejection of a Palestinian state (Photo: Reuters)

The Politico news site reported on Thursday that the Obama administration is reconsidering the United States' role as Israel's international diplomatic protector following Netanyahu's statement, which stands in direct contradiction with White House policy on the peace process.

Moran Azulay and Reuters contributed to this report.