China is moving into the Israeli ports market on a large scale: With one Chinese company having already won a tender to construct the new Ashdod Port, a second Chinese firm will be taking over operations at the new Haifa Port, which is currently under construction by Shapir Engineering and the Ashtrom group at a cost of NIS 3.96 billion.

Shanghai International Port Group has been awarded the government tender to operate the new port in Haifa for 25 years. The new Haifa Port is expected to commence operations in 2021. SIPG was the only company that bid to operate the new facility.

SIPG, which operates primarily in the Far East, is one of the world's leading companies in the container cargo field. Among others, the company operates the cargo terminals at the world's largest port in Shanghai and also at various ports in Europe. In 2014, SIPG-operated cargo terminals handled a total of some 35 million containers. In comparison, Israel's ports during the same period handled around 2.5 million containers. 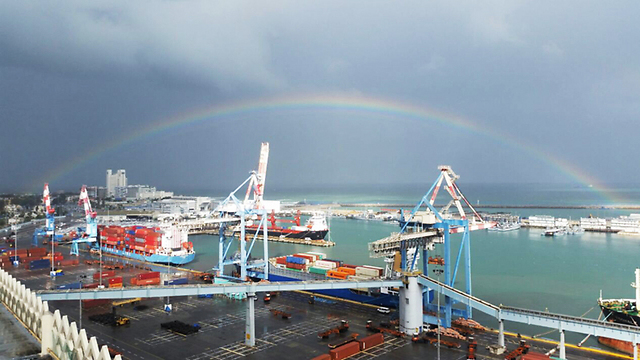 In 2014, China Harbor won the tender to build the new Ashdod Port over the coming seven years at a cost of around NIS 3.6 billion. The government is now weighing bids to operate the new private facility in Ashdod from Germany’s Eurogate and from Terminal Investment Limited, the Dutch unit of Switzerland’s Mediterranean Shipping Company.

"This is an historic day for Israel," said Transportation Minister Israel Katz. “The Chinese group that won the tender will bring competition to the sector.

"The new ports will create thousands of new jobs and lead to a drop in the cost of living. It’s an expression of confidence in the State of Israel on the part of a superpower, which has decided to invest billions of shekels in Israel and turn it into an international cargo center for all the world."

According to Shlomo Breiman, CEO of the Israel Ports Company: "The new ports will operate according to international standards. They will address the needs of the economy and promote vital competition in the ports sector for the benefit of the public, in keeping with the model in place at most ports around the world."