The human rights group Amnesty International said in a report Thursday that Palestinian militant organizations had committed war crimes during the 2014 Gaza-Israel conflict, by killing both Israeli and Palestinian civilians using indiscriminate projectiles.

The report comes after two other reports issued in late 2014 that accused Israel of war crimes for attacks on multistory civilian buildings and attacks on Palestinian residential homes during the war. 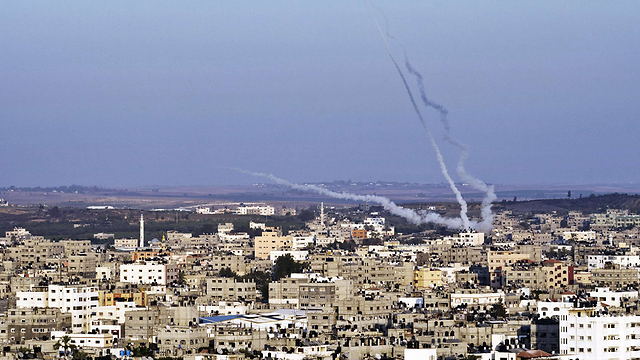 The 50-day Gaza war left more than 2,100 Palestinians dead, mostly civilians, according to Palestinian sources and UN officials. On the Israeli side, 66 soldiers and six civilians were killed.

Palestinian militants, including the armed wing of Hamas, launched unguided rockets and mortars which cannot be aimed at a specific target and are a breach of international law, the human rights group said.

Palestinians have claimed that the IDF was responsible for that attack, but Amnesty International said an independent munitions expert examining the evidence on the group's behalf concluded that a Palestinian rocket was responsible.

The report also alleged other international humanitarian law violations during the conflict, including Palestinian militant groups' storing munitions in civilian buildings and United Nations schools, and launching attacks near locations where hundreds of displaced civilians were taking shelter.

"The devastating impact of Israeli attacks on Palestinian civilians during the conflict is undeniable, but violations by one side in a conflict can never justify violations by their opponents," said Philip Luther of Amnesty International.

Luther called on both Israeli and Palestinian authorities to cooperate with UN and International Criminal Court probes "to end decades of impunity that have perpetuated a cycle of violations in which civilians on both sides have paid a heavy price."

Hamas officials did not immediately respond to requests for comment.