Arrest made in attack on writer Yehonatan Geffen

Central Israel resident suspected of threatening Geffen and attempting to hit him shortly after the author made leftist comments.

A resident of central Israel was arrested Monday evening for allegedly attacking writer Yehonatan Geffen at his home 10 days prior. The suspect reportedly implicated himself during initial questioning.

Geffen was attacked at his home in a village in central Israel shortly after calling Prime Minister Benjamin Netanyahu's March 17 election victory the "Nakba" of the Israeli peace movement. 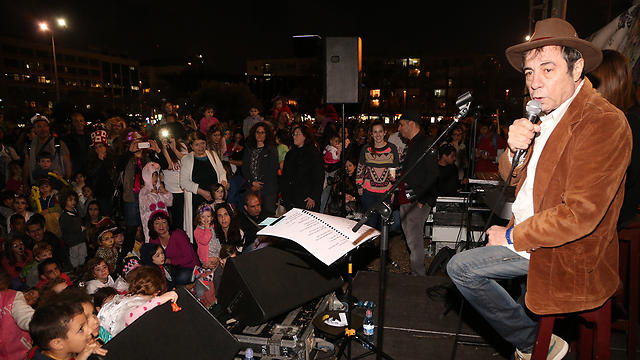 An anonymous individual attempted to hit him, threw eggs at his house, and called him a "leftist traitor". At a concert last week, Geffen said that "to everyone who slipped a Likud vote into the ballot box, don't cry when your children die in the next dumb conflict."

Geffen also expressed outrage towards Netanyahu's behavior on the day of elections. "The people once again elected he whose rule is based on terrifying the population.

"They elected a racist who on the day of elections told the media that Arabs were coming out to vote in droves. What would you say if in Germany they said that Jews were turning out to vote like mice?"

“I very much hope that this was an isolated incident and signifies nothing for the future," Geffen’s manager, Boaz Ben-Zion, told Ynet after the attack.

We do not know yet why Yehonatan was attacked. We hope the police catch the attacker."