Refugees wait in line for food at the Yarmouk camp
Photo: AP

BEIRUT - Islamic State has taken control of 90 percent of a Palestinian refugee camp on the Damascus outskirts where 18,000 civilians have suffered years of bombing, army siege and militia control, a monitoring group said on Saturday.

The hardline group's offensive in Yarmouk gives it a major presence in the capital. Islamic State, the most powerful insurgent group in Syria, is now only a few kilometres from President Bashar Assad's seat of power It also gives the group a potential sanctuary where US-led coalition forces were unlikely to strike because of the camp's proximity to Damascus.

Palestinian officials and Syrian activists said the Islamic State was working with rivals from the al-Qaeda affiliate in Syria, the Nusra Front. The two groups have fought bloody battles against each other in other parts of Syria, but appear to be cooperating in the attack on Yarmouk. 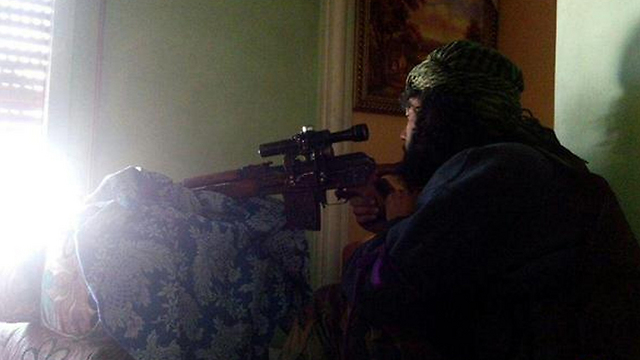 The United Nations has said it is extremely concerned about the safety and protection of Syrians and Palestinians in the camp. Civilians trapped there have long suffered a government siege that has led to starvation and disease.

"The situation in Yarmouk is an affront to the humanity of all of us, a source of universal shame," UN Relief and Works Agency (UNRWA) spokesman Chris Gunness said. 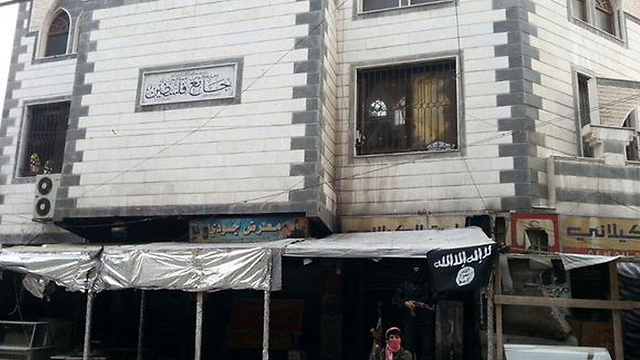 The Syrian Observatory for Human Rights, which monitors the conflict from Britain, said Syrian air force jet bombed the camp on Saturday.

An activist based in an area just south of Damascus, Hatem al-Dimashqi, said Saturday that rebel groups have launched a counteroffensive aimed at ousting the militants from the camp. He said a number of factions based inside the camp and in surrounding areas including Yalda, Babila and Beit Saham formed a joint operations command to coordinate their military action.

Al-Dimashqi, speaking from the edge of Yalda, said mosques in those areas were blaring calls for blood donations as hospitals received wounded civilians from Yarmouk.

He and the Palestinian official, Abdul-Majid, said IS militants beheaded five people, some of them from the anti-Assad group known as Aknaf Beit al-Maqdis which has fought them in the camp. 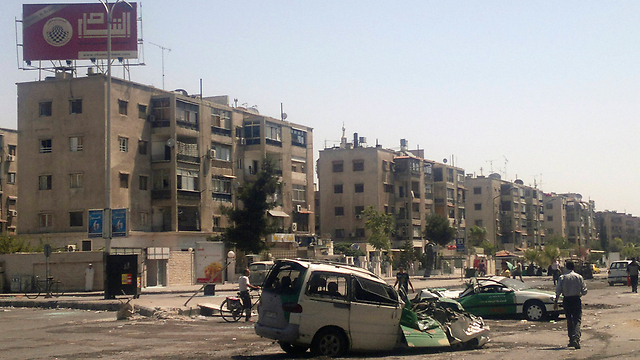 The Yarmouk refugee camp (Photo: AP)
The Islamic State on Wednesday launched an attack on other groups of fighters in Yarmouk, in particular Aknaf Beit al-Maqdis, an anti-Assad militia of Syrians and Palestinians from the camp.

The Syrian Observatory for Human Rights, which monitors the conflict from Britain, said Islamic State and al-Qaeda's official Syria wing, the Nusra Front, made gains overnight, pushing into the northeast of the district, close to central Damascus. They now control 90 percent of the camp, it said.

Tayseer Abu Baker, head of the Palestinian Liberation Front in Syria, part of the Palestine Liberation Organization, told Reuters over the phone that Islamic State had killed 21 people including fighters and civilians since Friday. 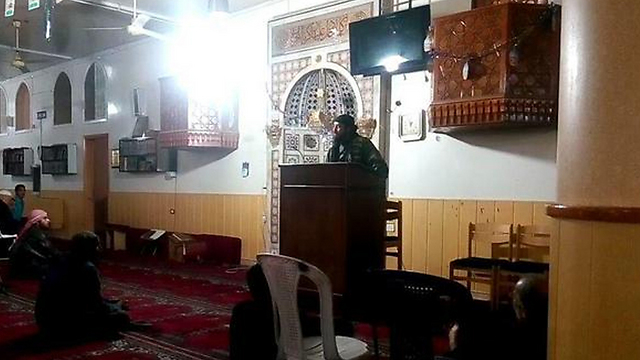 "Some families are trying to exit the camp but with Islamic State snipers on rooftops of high buildings that is very difficult," he said. He added Islamic State had kidnapped at least 74 people from the camp and that civilians were trying to flee.

Some of the residents were able to flee the fighting in the northeastern districts of the to safer districts in the south, activists said.

The Syrian National Coalition opposition group accused the government, which has blockaded the camp from three sides, of allowing militants access into the camp. It called for urgent intervention by the UN and Arab League to provide humanitarian corridors to evacuate civilians. 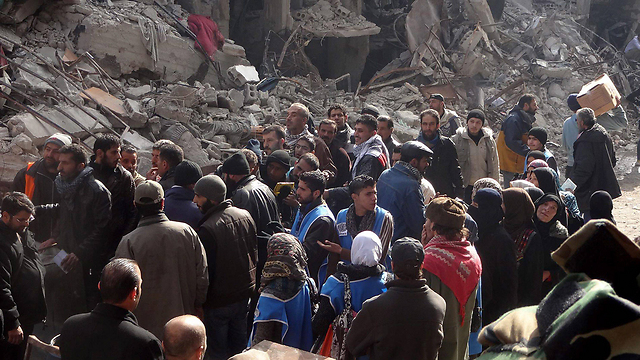 Refugees in Yarmouk in line for food (Photo: EPA)

Meanwhile, PLO official Saeb Erekat said the camp was "under a campaign of brutal murder by the terrorist organization Daesh (Islamic State) and its supporters." He called on the Syrian government, the UN and other organizations like the Red Cross to immediately take measures to rescue civilians from the camp.

Islamic State rules swathes of eastern Syria and Iraq and is the target of a US-led campaign of air strikes.

The United Nations says around 18,000 civilians, including a large number of children, are trapped in Yarmouk. The camp has been under government siege for nearly two years, leading to starvation and illnesses caused by lack of medical aid. The camp has also witnessed several rounds of ferocious and deadly fighting between government forces and militants. 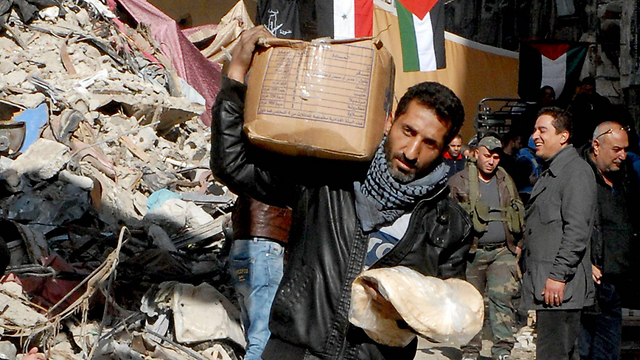 Most of the camp's estimated 160,000 inhabitants fled in late 2012 as clashes erupted between pro- and anti-Assad Palestinian gunmen - many to overcrowded and destitute Palestinian refugee camps in neighboring Lebanon. Only the poorest remained behind.

UN aid workers have been sending food parcels into the camp in an effort to alleviate the extreme suffering inside.

Government officials could not be reached for comment. Syria's state news agency SANA said terrorists in the camp had prevented aid from reaching civilians. It added the army had encircled Yarmouk.

The Associated Press and Elior Levy contributed to this report.