The villa where the Jews hid
Photo: AP

Zoo director's wife played lively tune from an operetta by Jacques Offenbach to alert Jews hiding at her house the Nazis were near, saving their lives.

WARSAW - It was World War II, Warsaw was under German occupation, and the wife of the director of the Warsaw zoo spotted Nazis approaching the white stucco villa that she and her family inhabited on the zoo grounds.

That scenario, repeated over years of war, was one of the tricks that allowed Jan and Antonina Zabinski to save the lives of dozens of Jews, a dramatic chapter in Poland's wartime drama that was virtually unknown until an American author, Diane Ackerman, published a book about the Polish couple in 2007 called "The Zookeeper's Wife." 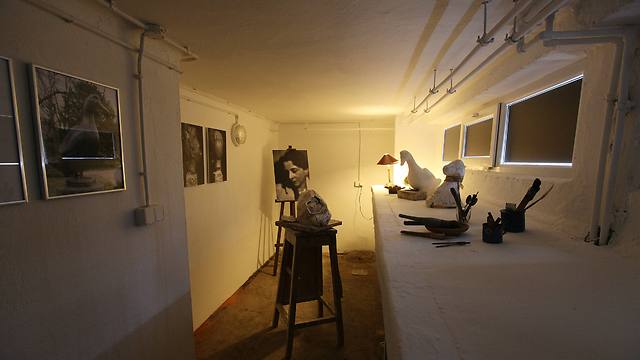 The basement of a villa on the grounds of the Warsaw Zoo where dozens of Jews were sheltered during World War II (Photo: AP)
The Zabinskis' remarkable wartime actions - which included hiding Jews in indoor animal enclosures - seem certain to gain even more renown with the inauguration Saturday of a permanent exhibition in the villa, an attractive two-story Bauhaus home from the 1930s still on the grounds of the Warsaw Zoo. The exhibition pays homage to the couple with photos of them, sometimes with their beloved zoo animals, in rooms recreated to evoke the wartime period. There are sculptures of animals made by a Jewish artist, Magdalena Gross, who stayed there during the war. Visitors will also be able to see basement chambers where the Jews took shelter, as well as a narrow tunnel they crawled through to reach animal enclosures.

Among those attending an opening celebration on Saturday evening will be 78-year-old Moshe Tirosh, who sheltered there for three weeks in 1943, when he was just 6, as well as the Zabinskis' son and daughter, Ryszard and Teresa. There is only one other known living Jewish survivor, Tirosh's sister Stefania, who lives in Canada. 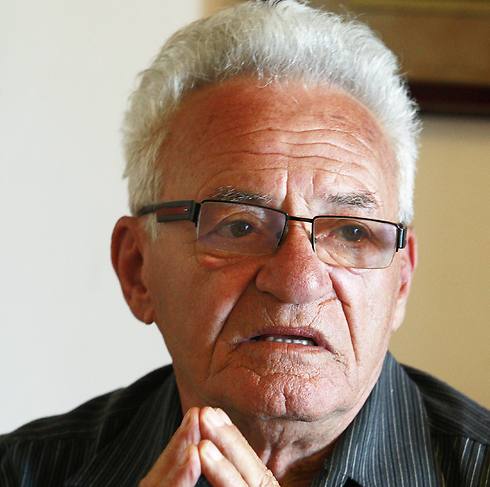 Moshe Tirosh, one of the Jews who hid at the villa as a boy (Photo: AP)
Tirosh can still recall details, even though his time there amounted to just a short spell in a long and dramatic struggle for survival over years of Nazi occupation. He remembers being taken there by a horse-drawn carriage that carried him over the Vistula River to the green gardens of the zoo. He remembers squatting in the cellar with his sister while his parents hid in animal enclosures. He said he was always putting his hand over his sister's mouth when she cried to stifle the sound, which could have given away the hiding place. He also remembers being well fed, compared to periods of near starvation during other periods of the war. When it was time to move on to another hiding place, Antonina brought him upstairs to dye his hair blond, hoping to help him pass as an "Aryan." But the color turned out red instead, the inspiration for a secret code name for him: squirrel.

He also remembers Antonina using her piano to send the secret messages, with one melody to warn of danger and a different one to signal that danger had passed. He can't identify the tunes, but other witnesses say that the warning was "Go, Go, Go to Crete!" from Offenbach's "La Belle Helene" - a piece that a pianist is to play at the inaugural ceremony Saturday. 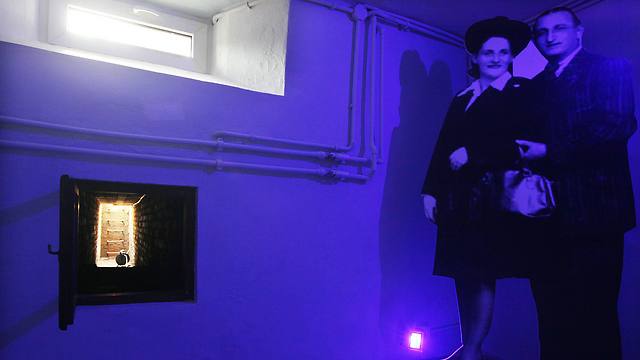 The basement of a villa on the grounds of the Warsaw Zoo where dozens of Jews were sheltered during World War II (Photo: AP)
Though he is grateful to both Zabinskis, his fondest memories focus on Antonina, who had closer contacts to the Jews in hiding than her husband, who was more active out of the house in his underground anti-Nazi activities, including by helping Jews escape from the Ghetto. By helping Jews the Zabinskis risked not only their own lives but that of their children, with the death penalty in force for Poles caught helping Jews. "Antonina is a great woman, a hero," Tirosh said, speaking in an interview with The Associated Press on Friday in Warsaw, where he traveled from his home in Israel to attend the inauguration. "She was also beautiful, smart and wise."

The couple is credited with saving dozens of Jews; though the exact number isn't known it is believed to range from over 100 to 300. They were both honored in 1965 as "Righteous Among the Nations" by the Yad Vashem Holocaust memorial in Jerusalem. 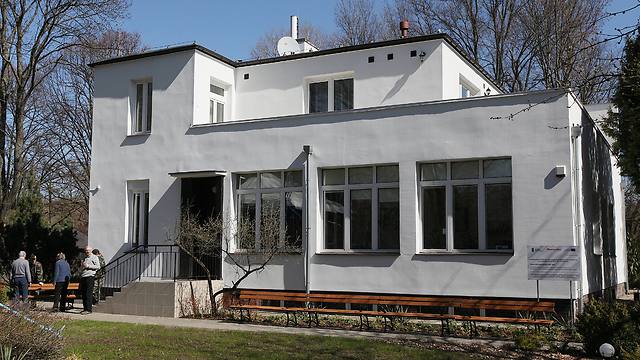 The villa on the grounds of the Warsaw Zoo where dozens of Jews were sheltered during World War II (Photo: AP)
The development of the exhibition is the work of the zoo and "From the Depths," an organization that works to preserve Jewish memory. The director, Jonny Daniels, says he hopes Warsaw zoo will now become a key stop on the itinerary of Israelis and other Jewish visitors to Poland. The zoo cafe has even agreed to offer some kosher food choices. The zoo itself also was the site of horrors during the war. In September 1939, when the Germans invaded the country, they bombed the zoo, killing many animals and wreaking destruction that allowed others to escape. Some of those that escaped - such as bears and lions - were dangerous to humans, and had to be shot. The Germans then took some of the more valuable specimens, like lynx, to zoos in Germany and killed off the rest in a hunting spree at the zoo on New Year's Eve of 1940. Zabinski then turned the zoo grounds into a pig farm. That allowed him to enter the Ghetto on the pretext of gathering scraps for his pigs, something that allowed him to help the Jews there.