Team of researchers at Technion and Rambam Medical Center discover that half a glass of pomegranate juice and three dates a day provide maximum protection against atherosclerosis, which can cause a heart attack or stroke.

If you're at the risk of developing a heart disease, you may want to start eating more dates and pomegranates. A new Israeli study has found that the combination of pomegranate juice and dates along with their pits provide maximum protection against atherosclerosis (plaque buildup or hardening of the arteries), which can cause a heart attack or stroke. The study was conducted by a team of researchers at the Technion-Israel Institute of Technology, led by Professor Michael Aviram of the Rappaport Faculty of Medicine and Rambam Medical Center, and its findings were published in the March 26, 2015 issue of Food & Function, a journal of The Royal Society of Chemistry.
Causes of Death in Israel
Heart disease and strokes kill less Israelis, cases of Alzheimer's and dementia up
Yaron Kelner
Study conducted between 2000-2011 shows cancer is biggest cause of death in Israel, killing 133 people per 100,000 every year.
Heart disease and strokes kill less Israelis, cases of Alzheimer's and dementia up
A number of risk factors are involved in the development of atherosclerosis, including cholesterol oxidation, which leads to accumulation of lipids in the arterial wall. Natural antioxidants can slow down the oxidation process in the body, and serve to reduce the risk of heart attack.

For the past 25 years, Prof. Aviram and his research team have been working on isolating and researching those antioxidants, in order to keep plaque buildup at bay. 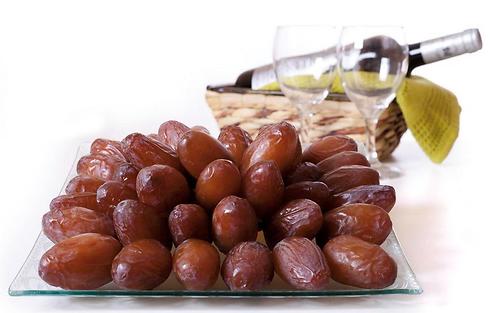 Going into the most recent study, the team was aware of the individual benefits provided by pomegranates and dates. Pomegranate juice, rich in polyphenolic antioxidants (derived from plants), has been shown to most significantly reduce oxidative stress.

Dates, which are rich sources of phenolic radical scavenger antioxidants, also inhibit the oxidation of LDL (the so-called "bad cholesterol") and stimulate the removal of cholesterol from lipid-laden arterial cells.

Prof. Aviram had a hunch that since dates and pomegranate juice are composed of different phenolic antioxidants, the combination could thus prove more beneficial than the sum of its parts.

In a trial performed on arterial cells in culture, as well as in atherosclerotic mice, the Technion team found that the triple combination of pomegranate juice, date fruits and date pits did indeed provide maximum protection against the development of atherosclerosis because the combination reduced oxidative stress in the arterial wall by 33% and decreased arterial cholesterol content by 28%.

The researchers concluded that people at high risk for cardiovascular diseases, as well as healthy individuals, could benefit from consuming the combination of half a glass of pomegranate juice (4 ounces), together with three dates.

Ideally, the pits should be ground up into a paste and eaten as well, but even without the pits, the combination is better than either fruit alone.