Next week Israel will remember its fallen warriors, from the time the first Zionist moved to Palestine until present times; 1. 5 million Israelis expected to go to memorial services.

Israel will remember its 23,320 fallen soldiers and citizens as part of Memorial Day next Tuesday and Wednesday with two minute-long sirens.

The day, formally called Day of Remembrance for the Fallen Soldiers of Israel and Victims of Terrorism, honors those killed in the line of duty or from terror from the time the first Zionists arrived in Mandatory Palestine at the end of the 19th century and until present day Israel. 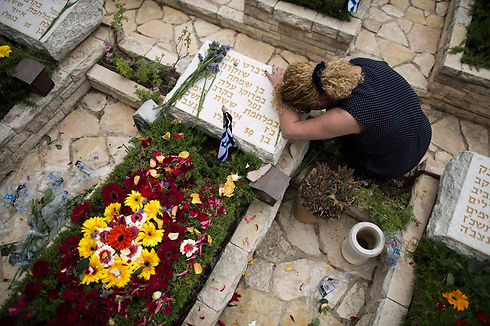 As of April 14th 2015, Israel had lost some 23,320 of its sons and daughters, 116 of them in the last year alone – 67 of those soldiers killed during Operation Protective Edge. Some 35 wounded veterans passed away this year as a result of their injuries, and were thus also recognized as fallen soldiers, the Defense Ministry said. 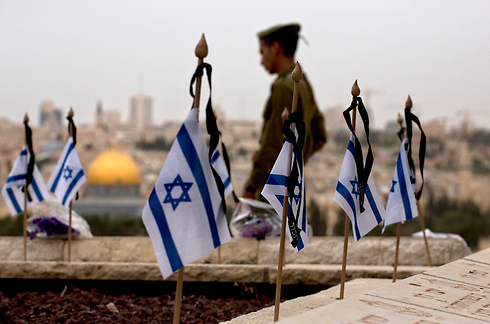 As much as 1.5 million people are expected to visit one of Israel's 52 military cemeteries Tuesday evening and Wednesday. On Tuesday the first of the two sirens will be sounded at 8 pm, and then again the following day, marking the end of Memorial Day and the beginning of Independence Day celebrations. 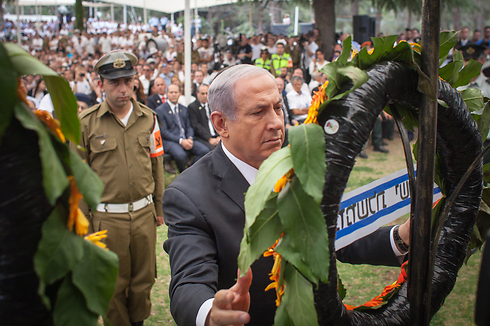 On Tuesday, Prime Minister Benjamin Netanyahu and IDF Chief of Staff Gadi Eizenkot will attend a memorial service in the afternoon in Jerusalem and at 8pm, directly after the siren, the main ceremony will be held in the Wailing Wall (Kotel) compound. At 11 am, after the second siren, a second ceremony will be held at Mt. Herzl together with the prime minister and IDF chief of staff. At the same time, the defense minister will lead the ceremony in Tel Aviv's Kiryat Shaul cemetery.

Roughly 4 million stickers commemorating Memorial Day have been distributed throughout Israel. with tens of thousands being sent abroad.

Hundreds of buses and shuttles will be made available to the public at Mt. Herzl and to other central cermonies, and 450,000 water bottles of water will be handed out to the bereaved families and the public at the cemeteries.