US Navy confirms reports that aircraft carrier heading towards Yemen to intercept Iranian ships said to be carrying weapons for Houthi rebels.

US Navy officials confirmed reports according to which the US had sent warships to block an Iranian arms shipment to Yemen rebels currently fighting a proxy-war with US and Saudi backed regime forces.

The official, who spoke to the Associated Press on condition of anonymity because they were not authorized to speak on the record, said that the aircraft carrier USS Theodore Roosevelt was steaming toward the waters off Yemen to join other American ships prepared to intercept any Iranian vessels carrying weapons to the Houthi rebels fighting in Yemen. 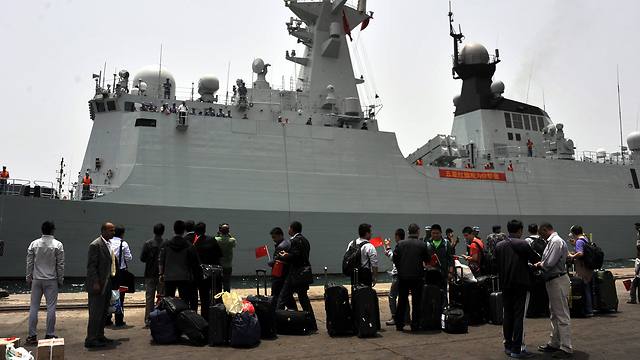 Reuters reported two warships were sent to conduct "maritime security operation". The Navy has been beefing up its presence in the Gulf of Aden and the southern Arabian Sea amid reports that a convoy of Iranian ships may be headed toward Yemen to arm the Houthis.

White House spokesman Josh Earnest would not comment specifically on any Navy movements in Yemeni waters, but said the US has concerns about Iran's "continued support for the Houthis.

He said "the Iranians are acutely aware of our concerns for their continued support of the Houthis by sending them large shipments of weapons."

The Houthis are battling government-backed fighters in an effort to take control of the country. 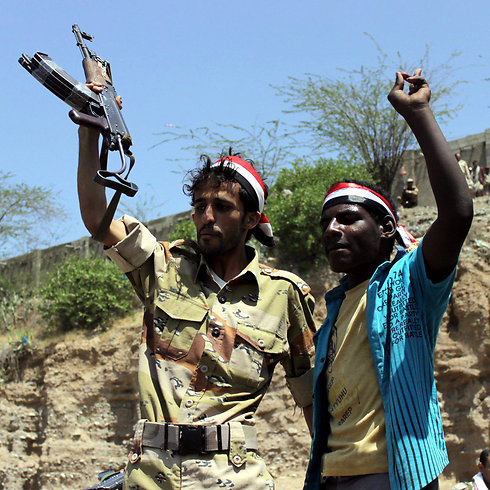 Pro-regime forces in Yemen (Photo: EPA)
There are about nine US ships in the region, including cruisers and destroyers carrying teams that can board and search other vessels. This is not the first report of the US working to stop Iranian arms from reaching war-torn Yemen. Last week the Wall Street Journal reported that US forces aboard the USS Sterett boarded a Panamanian freighter suspected of delivering Iranian weapons to Houthi rebels. The search, conducted on April 1, came up empty and marked the first US Navy's boarding operation in a growing effort to ensure Iran does not supply the Houthi fighters with surface-to-air missiles that could be a game-changer in the fighting and threaten the Saudi-led airstrikes against the Houthis. The US has been helping Saudi Arabia with intelligence information and recently announced it would expand its assistance to help optimize airstrikes in Yemen and reduce adverse impacts on civilians. The airstrikes began two weeks ago after Houthi rebels forced US-backed President Abed Rabbo Mansour Hadi to flee the country. The rebels have taken over the capitol of Yemen and flooded much of the country.

US and Saudi officials have said that Iran has been providing arms, weapons, funding and training for the Houthi rebels for years, according to the WSJ report. Iran has denied the claims.