'Any attempt to harm our soldiers will be met with firm response,' Prime Minister Netanyahu says after IDF kill terrorists trying to place bomb along Syria border on Golan Heights.

Four terrorists were killed by IDF troops Sunday evening as they were trying to place a bomb along Israel's border with Syria. The incident came after reports in Arab media said Israel launched an attack in Syria late Friday night, hitting a convoy of long-range missile intended for Shiite terror group Hezbollah. An IDF patrol identified four figures approaching the border near Mt. Dov in the Golan Heights at around 9:30 pm and altered IAF planes to the scene. The air force then took out the terrorist with at least three confirmed killed in the attack. 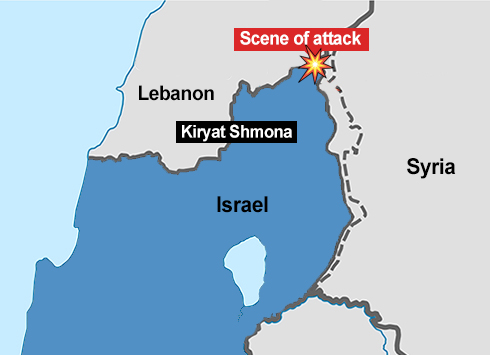 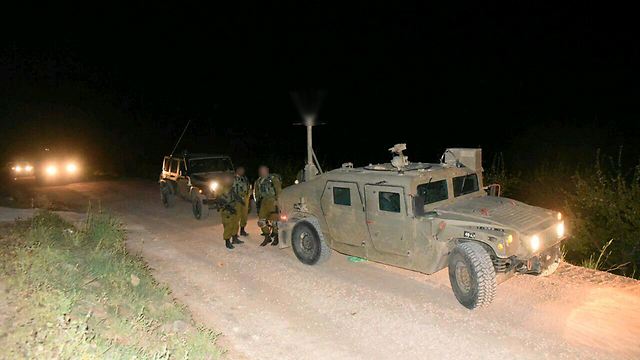 Scene of previous attack in March 2014 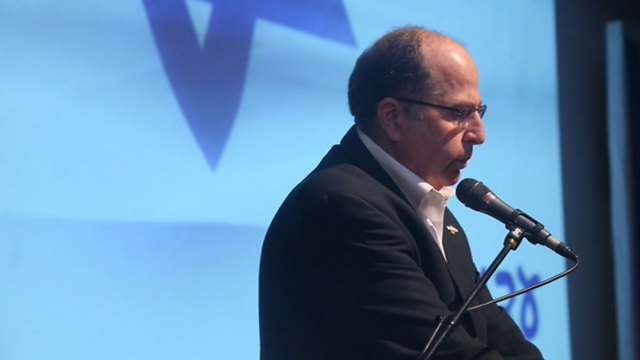 Defense Minister Moshe Ya'alon said Sunday evening that Israel will not allow Hezbollah to attain arms, his comments came a day after Arab media reported Israel hit a shipment of long-range ground-to-ground missiles, likely of the Scud variety, in Syria which was intended for the terror group.

The strike was reported in Al-Arabiya, which claimed the target was a cache of Syrian Scuds. The Saudi-owned network further claimed that Israel had also struck the area on Wednesday.

In a special event held for Independence Day, Ya'alon did not confirm the reports, but said that "Iran continues to try and arm Hezbollah, even now, and strives to equip the Lebanese terror group (Hezbollah) with advanced and accurate weapons."

According to Ya'alon, Iran's "Revolutionary Guard and Hezbollah know Israel's red lines in this regard and that it has no intention of compromising: We will not allow advanced arms to reach terror groups, first and foremost Hezbollah, and we will go anywhere, anytime (to stop them), he said.

The IDF and the security services refused to comment on the strikes. 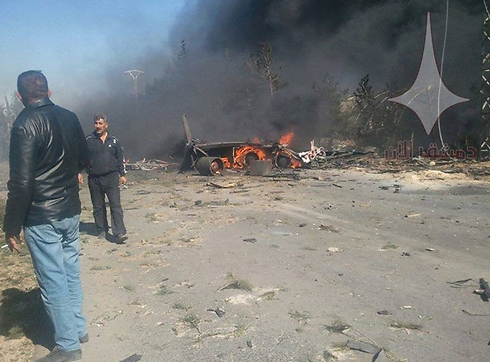 According to the Al Jazeera report, the strike occurred on Friday and was intended to hit the 155th and 65th Brigades of the Syrian army, which specialize in strategic weaponry and long-range missiles. Sources which reported to the Qatari network said several explosions were heard in the Syrian towns of Al-Qutayfah, Yabroud and Qarah on the outskirts of Damascus.

Meanwhile, a Syrian opposition official currently outside of the country claimed overnight, based on sources within Syria, that the target was weapon stores.

At the same time, an Al-Arabiya reporter in Israel claimed that on Wednesday the Israeli military attacked a weapons convoy intended for Hezbollah. The reporter claimed one person was killed in the strike.

In January, a strike attributed to Israel killed a number of militants in the Syrian village of Quneitra, near the Israeli Golan Heights and not far from the Lebanese border. Jihad Mughniyeh, Hezbollah's commander of the Syrian Golan sector and the son of Lebanese terrorist Imad Mughniyah, was killed along with other Hezbollah fighters and an Iranian general.

Ten days later, an anti-tank missile hit an IDF convoy near Mount Dov, along Israel's border with Lebanon. Two soldiers were killed and seven wounded. Hezbollah claimed responsibility for the attack, calling it retribution for the Israeli strike.

No one immediately claimed responsibility of the attack launched from inside Syria, which has been in the grips of a civil war since 2011. Syrian state media did not immediately report on the strike.

Israel has tried to stay out of the war in Syria, but it has spilled into the country before. In September, the Israeli military shot down a Syrian fighter jet in airspace over the Golan Heights, which Israel captured from Syria in the 1967 Middle East war and later annexed in a move that has never been internationally recognized. In August, Israel shot down a drone that came into the same airspace from Syria.

Israeli troops also have responded to occasional mortar fire from Syria. Israel says some of the attacks may have been accidental spillover, while others have been intentionally aimed at Israeli civilians and soldiers. It has always held Syria responsible for any cross-border fire.

Israel and Syria are bitter enemies. While relations are hostile, the ruling Assad family in Syria has kept the border area with Israel quiet for most of the past 40 years. Israel is concerned that the possible ouster of embattled President Bashir Assad's ouster could push the country into the hands of Islamic State extremists or al-Qaeda linked militants, or plunge the region further into sectarian warfare.

Roi Kais and AP contributed to this report.