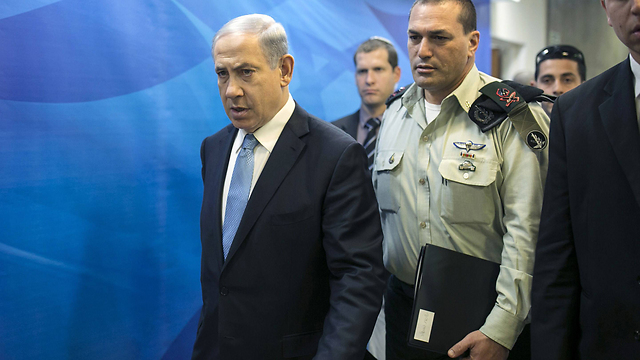 The sacredness of skepticism in security debates

Analysis: In its secret discussions, the new government will be required not only to listen to briefings about the enemy's abilities and the IDF's abilities to deal with them, but also to fundamentally examine all the perceptions under which Israel has been operating in recent decades.

This week we mark 21 years since the death of Aharon Yariv, an Israeli government minister and IDF general, who served as head of intelligence for eight years – the longest term a person ever served in that position. One of the virtues which turned him into a legendary figure was that he ascribed a degree of sacredness to skepticism in every discussion he held and ahead of every decision he made.

The ministers in Benjamin Netanyahu's new government should adopt this approach when they listen to intelligence estimates and develop a strategy for the coming years.

Two basic perceptions characterized the IDF's approach towards war and its goals in the past: The fighting must be moved into the enemy's territory, and a result must be pursued. In recent years, reality hit these two perceptions in the face. The enemy's rockets emptied out the first rule, and the balance of power in the conflict arena makes it impossible to decide the battle. Both in the north (Lebanon) and in the south (Gaza), the IDF pulled its forces out of areas it had controlled for long periods of time, and Israel's non-state enemies – Hezbollah and Hamas – remained.

In recent years, the state's leaders have been ascribing an increasing level of importance to a third strategic element: Deterring the enemy. In many cases, the goals of one operation or another have been defined by the term "restoring deterrence." This approach – which still controls the public and political discourse – treats the enemy as a side to the equation, thereby legitimizing it.

Prime Minister Netanyahu arrives at cabinet meeting. There appears to be a difficulty to define the goals of wide-scale operations in the past few decades (Photo: AFP)

This is a problematic definition for the leadership of a sovereign state facing these two rivals. There appears to be a difficulty to define the goals of wide-scale operations for the army and for the public in recent decades. We often here statements such as "the goal of the activity is to remove the threat against the southern residents" or "to change the rules of the game vis-à-vis Hezbollah in the north." The calm which prevailed for a limited period of time at the end of an operation was interpreted as an achievement. But "calm for calm" actually strengthened the sense of equality among the enemies.

Another term which requires clarification is "the mission is to protect the state's borders," as well as "safe and defendable borders." In a reality in which our enemies are armed with missiles and rockets, protecting the borders will not defend any community in Israel. Protecting the borders has no military-strategic value. The border are needed and crucial in order to define the sovereign area of every state, but not as an arena in which battles will take place over Israel's existence.

Skepticism does not mean that all our basic perceptions have collapsed. It points to the fact that the new government will be required in its secret discussions not only to listen to briefings about the enemy's abilities and Israel's abilities to deal with them, but also to fundamentally examine all the perceptions under which Israel has been operating in recent decades and the goals it has set for itself.

I will not be surprised if it turns out that in the past few decades we have failed to achieve a single strategic goal along the conflict lines, apart from 40 years of calm along the separation line between Israel and Syria, an achievement which is also in danger in light of the crumbling Assad regime (with Egypt and Jordan we have peace lines).

Did we, for example, estimate that Hamas would last 50 days and end the war the way it did? Were we wrong in our estimation and understanding of the result? If we failed to achieve anything in the road we took, isn't it time to look into other alternatives?

The security-related aspect has another crucial angel: The fact that Israel sustains a years-long mutual deterrence with non-state entities is not just a philosophical issue. The government will be required to clearly define Israel's attitude towards its two enemies, as well as the Palestinian Authority. Israel has no clear and open statement on this issue.

And we must not forget another rule which are activity is based on: Initiating and pursuing contact – military and diplomatic – with the rival. Whoever fails to initiate leaves the court to its rivals.