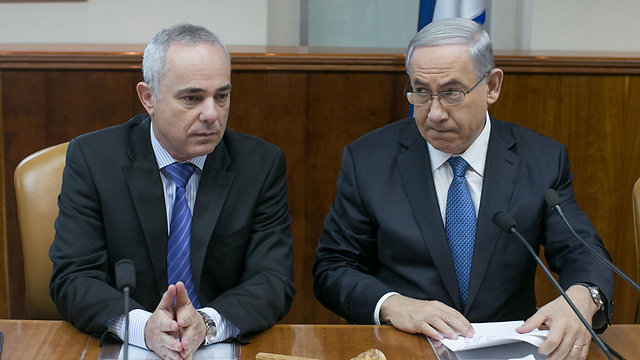 While the clock runs down to the swear-in ceremony for Israel's 34th government, Prime Minister Benjamin Netanyahu is still unveiling the list of ministers.

The first woman on the Likud list, MK Miri Regev, will be appointed to a ministerial position for the first time and serve as the culture and sport minister. Haim Katz, meanwhile, was appointed welfare minister and Danny Danon was appointed the minister of science, technology and space. Yariv Levin was appointed tourism minister and the liaison between the Knesset and government. Tzipi Hotovely will serve as deputy foreign minister, and received a promise to serve as a minister in the future.

Netanyahu's close ally Yuval Steinitz, who served as the intelligence and strategic affairs minister in the previous government, will be appointed the minister of energy and water resources in the new government.

In addition, Steinitz will serve as the minister in charge of the Israel Atomic Energy Commission and be a member of the security cabinet. He will also continue handling the Iranian nuclear threat issue in the coming months.

Steinitz and Netanyahu during a cabinet meeting (Photo: Ohad Zwigenberg)

Netanyahu decided Moshe Ya'alon will remain as defense minister, and might also be appointed the designated Acting Prime Minister position, replacing Netanyahu in the post temporarily if the need arises.

After a long period of negotiations with his coalition partners and overcoming many obstacles on the way to forming his fourth government, Netanyahu turned to his own Likud party on Wednesday night to start handing out the remaining portfolios, all the while trying not to alienate any of the senior Likud members. 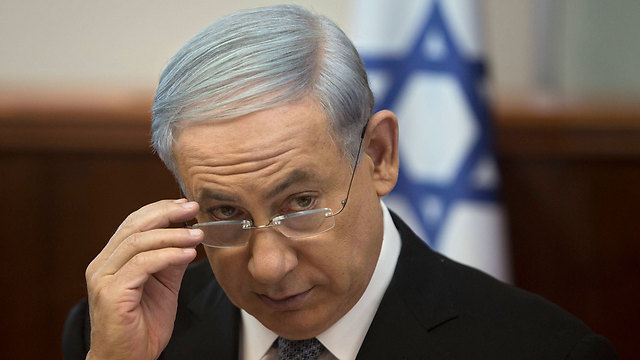 Netanyahu has already met with the members of his party over the past two weeks to hear their expectations and held further meetings on Wednesday, with his main challenge being posed by senior Likud members who are expecting an upgraded position after the party's immense success in the elections.

In his meeting with Netanyahu, Yisrael Katz expressed his desire to remain in the Transportation Ministry, and asked to be upgraded with one of the remaining ministries, arguing there are no senior ministries left for the Likud party. 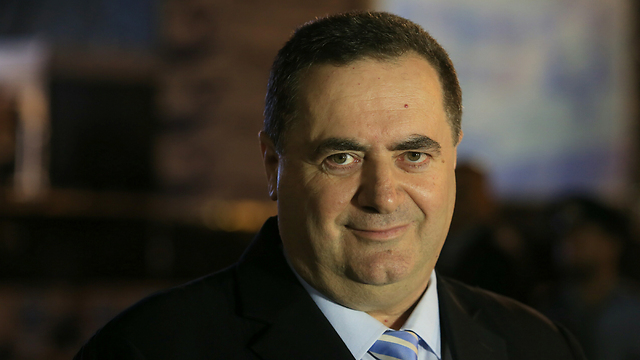 Netanyahu accepted Katz's request to remain in the Transportation Ministry, and also appointed him the minister for intelligence affairs – a position which has been joined with the strategic affairs portfolio in November and will be once again separated. In addition, Katz will be a member of the security cabinet and has been added to the list of acting prime minister in the event Netanyahu is temporarily unable to fill the role.

Gilad Erdan held two meetings with Netanyahu throughout the day Wednesday and the two are expected to meet again. At first, Erdan demanded the Education Ministry, but after that was given to Bayit Yehudi, he demanded the Foreign Ministry - even offering to vacate the position should Netanyahu need it in order to add more partners to his coalition.

But Netanyahu rejected that proposal and Erdan countered with a request to join the Public Security Ministry with the reduced Interior Ministry - which was stripped of the Administration of Planning that was given to Moshe Kahlon. 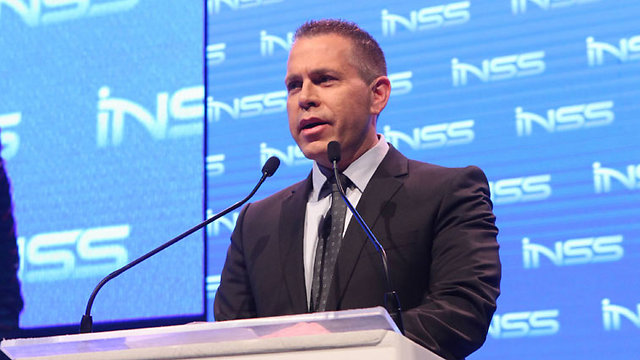 Netanyahu rejected that request as well, as he is interested in giving the Interior Ministry to one of the other senior Likud members. He proposed several alternatives - including the strategic affairs portfolio along with the public security ministry - but Erdan rejected them all.

Erdan, disappointed with the prime minister's offers of less senior positions than what he had in the previous government, was considering staying out of the government. He passed up on the opportunity to serve as Israel's Ambassador to the UN, and was expecting an appropriately senior position around the government table instead.

"If (Erdan) realized he does not have the ability and means to lead to changes, he would rather serve the public from the Knesset and not from around the government table," Likud sources said Wednesday.

Despite that, Erdan clarified in private conversations that he did not intend to rebel against the prime minister. 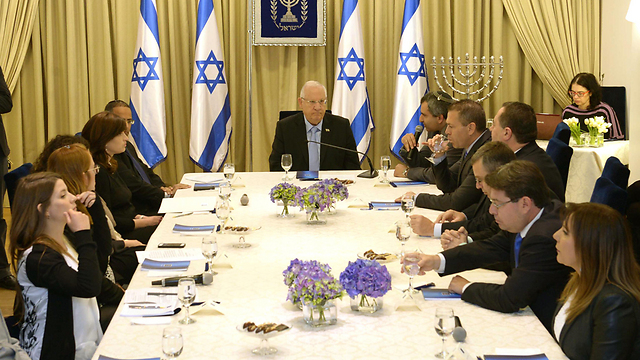 Likud MKs at the President's Residence in consultations after elections (Photo: Mark Neiman, GPO)
Silvan Shalom is expecting an upgrade, but Netanyahu does not have any remaining senior positions for him and on top of appointing him a members of the security cabinet, Netanyahu will have to find another solution.

Benny Begin, who returned to Likud in the 2015 elections on Netanyahu's behest, is also expecting a ministerial position.

Others who are still waiting to hear which role they will play in the new government are Gila Gamliel and Tzachi HaNegbi.

Among the positions on the table are the Chairman of the Foreign Affairs and Defense Committee, which is considered a prestigious position, and the Chairman of the Coalition, a role none of the veteran MKs wants. Netanyahu will still have to appoint one of his close allies as chairman of the coalition, considering the challenging narrow coalition he has - a situation that requires a chairman that knows the Knesset well and can hold the necessary political maneuvers.

The Knesset will convene on Thursday evening for a special session, at the end of which the new government will be sworn in at 7 pm. The traditional government photo taken at the President's Residence will, however, have to wait for another day.

The Intelligence and the Strategic Affairs ministries were joined together in November in order to save the cost of operating two ministries, which the government said were dealing with overlapping issues.

But now, in order to appease Erdan, the first on the Likud's Knesset list after the prime minister, Netanyahu plans to separate the two ministries again.

The move will have a financial cost. The joint ministry only included 20 employees, and the separation of the two portfolios will lead to the appointment of additional workers including a director-general, secretaries, drivers and a series of public trust positions.

It's also important to note the Intelligence Ministry was unsuccessful in getting its foot in the door with Israel's intelligence organizations and it is considered inferior to the Defense Ministry.