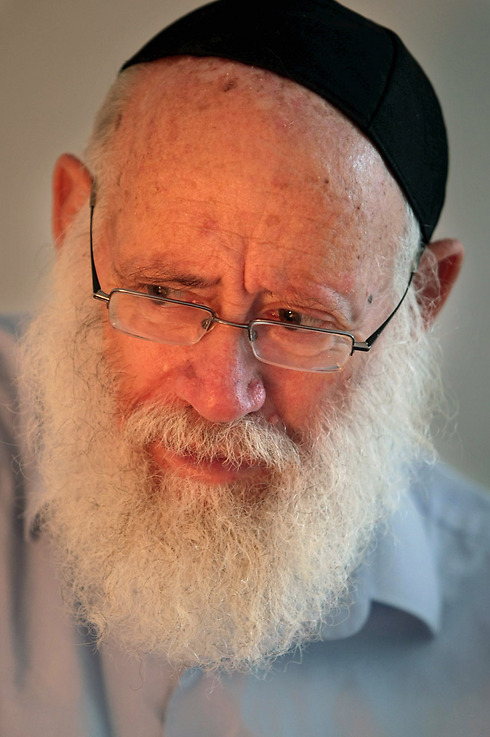 Leading settler rabbi Levinger passes away at the age of 80

Moshe Levinger was among the leaders of the renewed Jewish settlement in Hebron and one of the founders of Kiryat Arba.

Rabbi Moshe Levinger, who has been a leading figure in the movement to settle Jews in the West Bank, passed away on Saturday at the age of 80.

The official announcement of his passing said, "the Jewish yeshuv in Hebron expresses deep sorrow over the death of the father of the community, Rabbi Moshe Levinger. Rabbi Levinger was the bearer of renewed Jewish settlement in the city, and for many years was a symbol and a respected figure in Hebron and the settlements in Judea and Samaria in general."

Rabbi Levinger, who was one of the principals of the now defunct settler movement Gush Emunim, grew up in Jerusalem, served in the Nahal, studied at the Mercaz haRav yeshiva in Jerusalem and at Kfar Haroeh. He served as a rabbi at Kibbutz Lavi in the Lower Galilee and in Moshav Nehalim near Petah Tikvah.

Rabbi Moshe Levinger (Photo: Alex Kolomoisky)
On Passover eve 1968, a group of religious families led by Rabbi Levinger gathered at Park Hotel in Hebron, with the help of several Israeli ministers, to celebrate Seder night, and then refused to leave. In a deal with the Israeli government, he moved with his family and followers to a former army base on a hill just northeast of Hebron, where, with the state’s cooperation, they established the settlement of Kiryat Arba.

In 1975, Levinger led the attempt to establish a settlement on the ruins of the Sebastia train station. When then defense minister Shimon Peres demanded the settlers to evacuate the place, Rabbi Levinger said there was "nothing to talk about." He was photographed, alongside former MK Hanan Porat, carried on the shoulders of the settlers.

Levinger and Porat on the shoulders of supporters (Photo: GPO)
In 1979, the rabbi's wife Miriam entered Beit Hadassah in Hebron, and the family later moved to the Avraham Avinu neighborhood in Hebron. In 1988, Rabbi Levinger shot to death a Palestinian, after he was pelted with rocks. The court sentenced him to five months imprisonment after he was convicted of negligent homicide.

Before he started serving his sentence he said: "I was faced with two possibilities: Open fire, or not. It is better that I sit five months and even five years in prison than to be led, along with my four children, to burial."