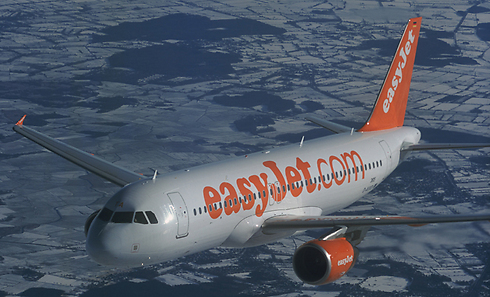 From Tel Aviv to Amsterdam for €48

EasyJet introduces new route in addition to nine existing routes it already operates out of Israel.

Six years after entering the Israeli market, British low-cost airline easyJet has introduced a new route between Tel Aviv and Amsterdam. The airline is currently the second largest operating out of Tel Aviv, and the addition of the new route is part of the natural growth in demand as a result of the open skies agreement between Israel and the EU.

EasyJet Network Development Manager Neil Slaven, who is in charge of the routes to Israel, visited the country several months ago and indicated that the company had conducted research which pointed to the profitability of an Amsterdam-Tel Aviv route.

EasyJet has been active in Amsterdam since 1996. Although it only opened a main office in the Dutch capital about a year ago, it has been operating flights from there to more than 20 destinations across Europe. It was only a matter of time before the company would seek to operate flights from the city to Israel as well, as Amsterdam is considered a popular destination among Israeli passengers and European tourists.

"We will increase the number of routes to Israel and constantly look into new destinations," she said, adding that when the company first began its activity in Israel most of its passengers were incoming tourists. Within a short period of time, the number of Israelis using the company's services jumped to 40 percent.

On sale from Thursday, the airline will operate the route four times a week on Mondays, Wednesdays, Thursdays and Saturdays, year-round. The first flight departs on October 26, 2015.