'Blue Beach' offers Gazans a glimpse of the good life

A new 163-room resort has become crowning jewel of Gaza's coastline, with many of Strip's elite flocking to sit by manicured poolside.

A luxurious new tourist resort has opened in the Gaza Strip, its manicured lawns, sparkling pool and private beach in stark contrast to the impoverished territory still struggling to recover from last year's war.

The Blue Beach Resort, made up of 162 chalet-style rooms set among palm trees and overlooking the Mediterranean, hopes to become the "most significant tourist attraction and entertainment venue in Gaza", according to its website. 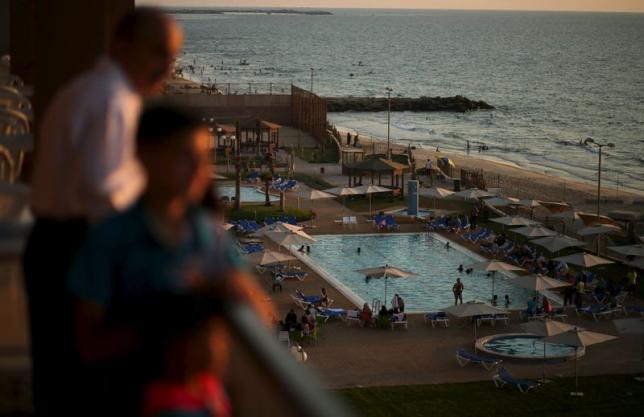 Built by the Palestine Real Estate Investment Company, the hotel was set for completion last summer, just before the outbreak of a 50-day war between Israel and Hamas, the Islamist group that has controlled the territory since 2007. 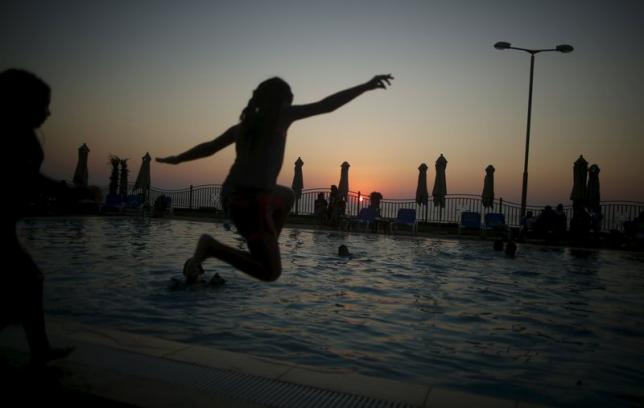 A year on, the resort is finally opening for business, although only 76 of the rooms are available. Already demand is high, with eager weekenders prepared to pay between $100 and $160 a night to escape Gaza's privations.

At night, in contrast to the power cuts that afflict much of the enclave, the resort's lights can be seen glittering around the swimming pool, the terrace and down to the 750-metre private beach, where the surf rolls in gently. 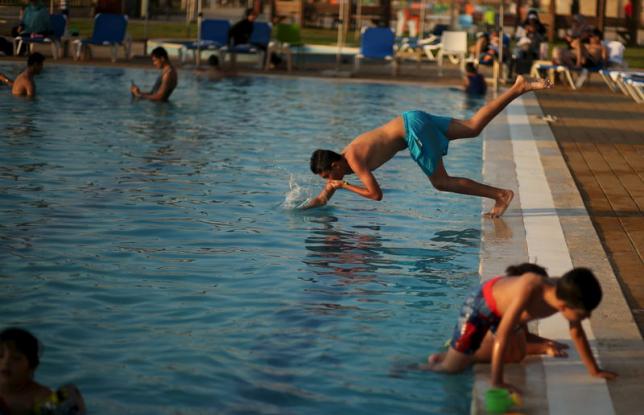 The Trip Advisor website is slightly less upbeat, however, featuring a red banner above a picture of the swimming pool reading "TRAVEL ALERT: SAFETY AND SECURITY CONCERNS".

While Gaza is one of the world's most economically distraught places, with unemployment at 45 percent and output contracting 15 percent last year, there remain pockets of wealth among the 1.8 million population.

There are a number of smart restaurants and hotels on the beachfront in the northern part of Gaza City, sitting almost alongside a refugee camp and not far from neighborhoods that were heavily bombarded during the war. 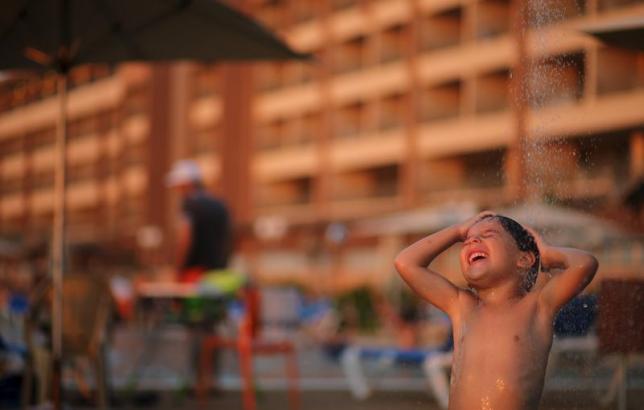 To the frustration of Gazans, post-war reconstruction has only just begun - the first of the destroyed homes were only rebuilt this month. Housing minister Mufeed Al-Hassayna has promised that the pace will now accelerate.

Qatar, a major financial supporter of the Palestinians, has promised $1 billion in aid, including the rebuilding of 1,000 homes. It has also just completed a new beachfront road. 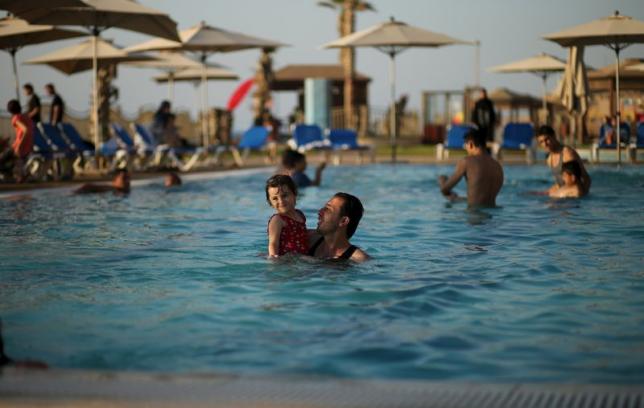 Qatar, a major financial supporter of the Palestinians, has promised $1 billion in aid, including the rebuilding of 1,000 homes. It has also just completed a new beachfront road.

Guests at the Blue Beach Resort were full of admiration for the development, even if they were well aware that it is an isolated jewel that many cannot afford.

"Since we can't take our families to resorts outside Gaza, we bring them here," said Ahmed Khaled, 45, a father of five. "It's a place where you see only beauty, you can enjoy a drink or lunch by the sea," he said.