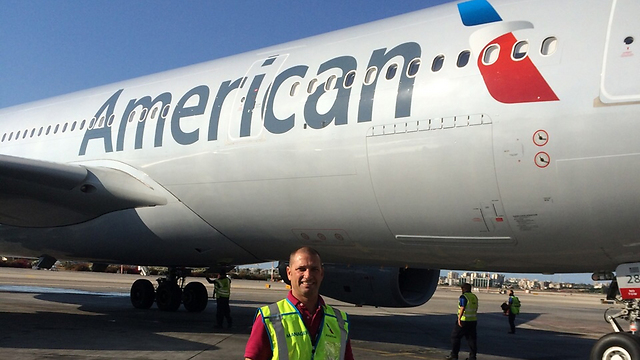 American Airlines decides to cancel its flights to Israel

Just a few months ago, company executives said Philadelphia-Tel Aviv route was one of its most promising; company cites financial considerations as reason for cancellation.

Months after representatives of American Airlines visited Israel and claimed that their route between Tel Aviv and Philadelphia is one of the company's most promising, the company's management announced on Thursday that it had decided to discontinue flights to Israel. The company explained that the cessation is due to financial considerations, but this does not correspond to data company executives gave during their visit to Israel. The company said its last flights to Israel will be on January 4 from Philadelphia to Tel Aviv and January 5 for the return flight.

American Airlines has a less than spectacular history with Israel. Many years ago it bought TWA, which went bankrupt, and American entered legal proceedings concerning compensation for company employees, a process that lasted many years.

Six years ago US Airways began flying from Philadelphia to Tel Aviv and carried out a daily flight between those cities. Last year US Airways and American Airlines merged and kept the American moniker.

The new company, now one of the largest in the world, operated flights to Israel and said it was considering an expansion of its operations between Israel and the United States. The announcement of the closure of the route surprised the Israeli branch's employees and its customers.

The company said it contacted customers who made reservations and purchased tickets after the last flight date to find solutions for them or to reimburse them. American Airlines has 19 employees in Israel and they will all be terminated the day the route is closed.

In the first nine months of the year, American Airlines flew about 95 thousand passengers on the Philadelphia-Tel Aviv route and about 95,000 passengers, a 2.74 percent  increase compared to last year.