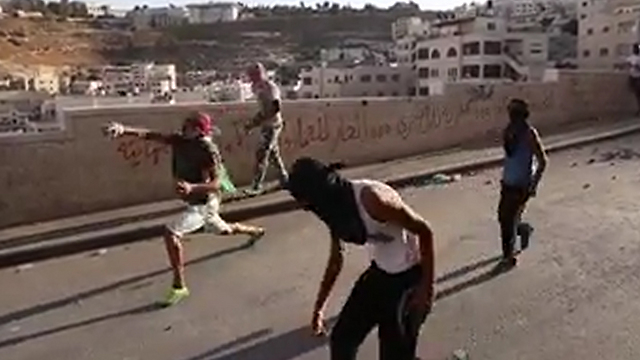 Yehuda Weinstein not expected to oppose mandatory minimum sentences for people caught throwing stones and has approved use of live fire in Jerusalem.

Weinstein is also not predicted to oppose the use of Ruger rifles against stone-throwers under certain circumstances in Jerusalem. (This is already permitted in the West Bank.)

Throwing stones in East Jerusalem
In 2012, a law was passed that provided judges with a range of suitable punishments. Minimum sentences formally exist only for cases of sexual offenses against minors and aggravated assault of a police officer.

The attorney general on Wednesday approved use of live fire in Jerusalem. He was also said to be considering other changes to the rules of engagement.

On Thursday morning, the Jerusalem district attorney issued indictments against a 19-year old resident of Issawiya and three minors for throwing stones and Molotov cocktails. According to the indictment, the minors – aged 13-15 – threw stones at police officers at the entrance to the Temple Mount in two incidents in August and September 2015.

An additional indictment was issued on Thursday against another 19-year-old from Issawiya for throwing a Molotov cocktail at police and cars.

Netanyahu on Wednesday visited the site where Alexander Levlovich died this week after his car was pelted with stones. "We will massively increase fines for minor and their families in order to create deterrence there as well," said the prime minister. "We are changing the policy to a war against those who throw stones and Molotov cocktails."