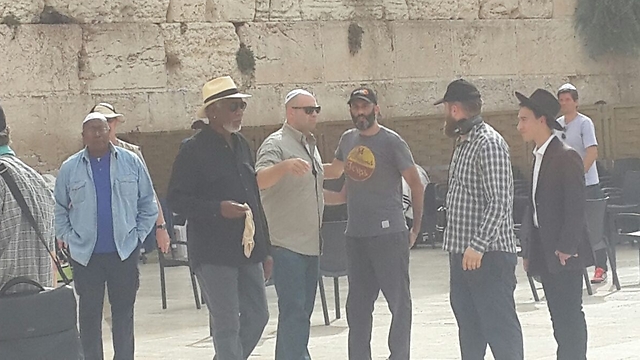 'God' in the Holy Land

Academy Award-winning actor Morgan Freeman, known for playing God in the 2003 comedy "Bruce Almighty," arrived in Israel on Sunday, visiting the Western Wall in order to shoot footage for a television show.

Ironically enough, Freeman is in Israel to tell The Story of God, a new series for the National Geographic channel, which follows historical sites related to the subject of God around the world.

Due to security concerns, Freeman was accompanied by no less than four bodyguards.

He arrived in Israel on Friday, after visiting the pyramids of Giza in Egypt, and is expected to stay until Tuesday.