The debate on the subject of funding should focus on one word - transparency
Photo: Shutterstock

Op-ed: European governments, which might not agree with Israeli policy, can use diplomatic means in order to protest. Instead, by funding NGOs which demonize Israel, the EU puts bilateral relations with Israel at risk.

The ongoing debate regarding foreign funding for Israeli politicized NGOs (non-governmental organizations) deals with very important issues with significant implications for the country.

NGOs wield considerable power when it comes to shaping policy and the public debate in Israel, and information on the sources of their funding is also significant, particularly when they come from outside sources. However, in some respects, the debate confuses the very different dimensions that characterize private and foreign government funding for political NGOs.

In Israel there are tens of thousands of registered NGOs dealing with education, women's rights, environmental protection, social justice, democracy, human rights and so on. These groups subsist mainly on donations from private organizations and individuals from Israel and abroad, as well as donations from the Israeli and foreign governments.

The common denominator for all of these NGOs is that they all represent a variety of interests and attempt to have an impact on Israeli civil society. Therefore, the debate on the subject of funding should focus on one word - transparency. 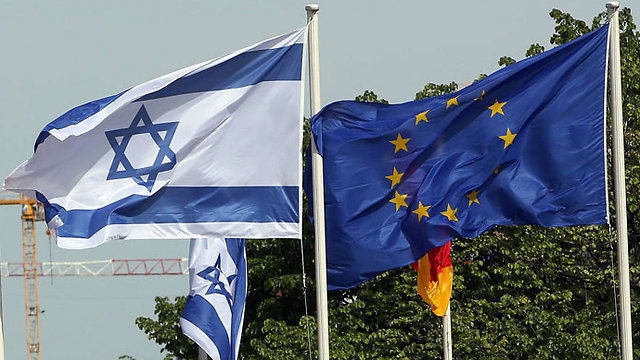 Lack of transparency and lack of oversight may cause misuse of foreign government funds by NGOs, which at times operate in total contradiction to their donors' policy (Photo: AFP)

Clearly, the Israeli public needs NGO transparency to determine the interests and motives of donors and recipients, so as to better understand the actors and their influence on any NGO's decision-making processes, and how much the recipients depend on the funders. From the other side, donors to NGOs need transparency in order to monitor the eventual use of their donations.

It is important to unravel the fundamental differences between foreign private funding as opposed to foreign, public, government funding. Private funding (from private organizations and individuals) is personal money representing personal interests, which do not reflect relations between states in the political or diplomatic level. In contrast, government public funding is tax payer funds.

This is the money given on the state level directly or indirectly (through foundations and churches), through a complex bureaucratic process. This money represents the policy of the donor governments regarding internal issues of a different sovereign state, as well as bilateral issues between these two governments.

Israel is the only democracy in the world in which civil society NGOs receive vast sums of funding, estimated at tens of millions of Euros, from foreign governments through the conduits of NGOs.

Lack of transparency and lack of oversight may cause misuse of foreign government funds by NGOs, which at times operate in total contradiction to their donors' policy.

For example, the European funding to the NGO Zochrot, which aims to promote one Palestinian state solution with a Jewish minority, contradicts the official foreign policy of the European states donors which has consistently been "two states for two people."

Another example is the Israeli NGO Grassroots Jerusalem, which publicly supports the BDS campaign against Israel, while proudly displaying the EU flag on its website because 28% of its budget is provided by the EU.

In addition, the choice by European governments to fund extreme NGOs like Badil and Al-Haq, among others, which promote campaigns of demonization, do not help to promote the peace process, and are not only in contradiction to EU mandates but are a waste of European taxpayers' money.

Since these NGOs generally deal with sensitive issues that affect Israeli policy and the relationship between the donor states and Israel, it is crucial to point out the challenges for foreign government funding to Israel's civil society: First, lack of public knowledge in the donor state as to where its tax payer funds are going; second, lack of transparency in the NGO decision-making process and the funding data, as well as a complex bureaucracy and lack of monitoring mechanisms; third, European government funding to certain NGOs that deny Israel's right to exist contradicts diplomatic norms between states who have official bilateral relations; fourth, there is a contradiction between official European policy to oppose the BDS campaign and the fact that they provide funds to NGOs promoting this campaign; finally, foreign government funding is a blatant intervention in internal Israeli issues, which every sovereign country has the right to shape without outside interference.

European governments, which might not agree with Israeli policy, can use diplomatic means in order to protest. Instead, by funding NGOs which demonize Israel, the EU puts bilateral relations between themselves and Israel at risk.

In sum, there is a difference between foreign private funding and foreign, public government funding. To be sure, private funding likewise has consequences and implications; it too needs to be transparent, and affects the entire political and social spectrum in Israel. It is recommended that private funding of NGOs which work to delegitimize Israel should be addressed in further discussions.