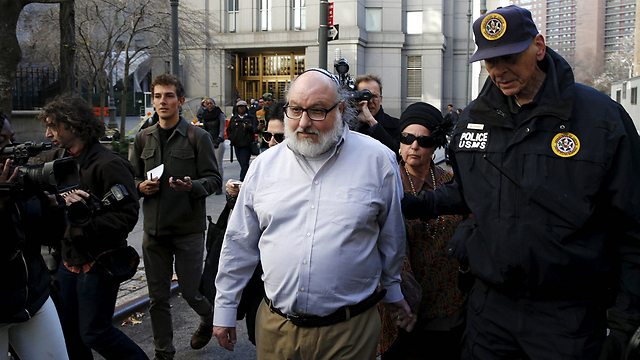 Israeli film is being made about Jonathan Pollard

Director Riki Shelach and author Zvika Amit are in midst of writing a script for a film about Jewish-American spy recently released after 30 years in jail.

Veteran Israeli director and writer Riki Shelach and author Zvika Amit are in the midst of writing a script for a possible future production based on the true life story of Israeli spy Jonathan Pollard, Ynet has learned. Pollard was released from prison last month after serving a 30-year-sentence in an American prison after being caught spying for Israel.

The spy thriller is set in the early '80s, and it will follow the young Pollard as he builds up contacts with Israeli intelligence and provides them with information, and end with his capture. The behind the scenes intrigues, the Israeli defense establishment's lust for knowledge and Pollard being abandoned by his handlers upon his being caught will be the focus of the film.

In addition, actors will be casted to play the political echelon among them then-prime minister Yizhak Shamir and then-head of the Israeli Operations Directorate, Ehud Barak. The script is expected to also deal with the speculation surrounding the internal conflicts within the defense establishment regarding the recruitment of Pollard, the circulation of information, and the mess at the end.

At the same time, the American production company Jekyll Group, headed by Gail Berman, is working on a TV movie based on Pollard's story, inspired by the play "The Law of Return" written by Martin Blank.

A film dealing with the Pollard case was already made in 1994 in France, directed by Eric Rochant. American actor Richard Masur played the Jewish spy based on Pollard, who was called Jeremy Pelman.