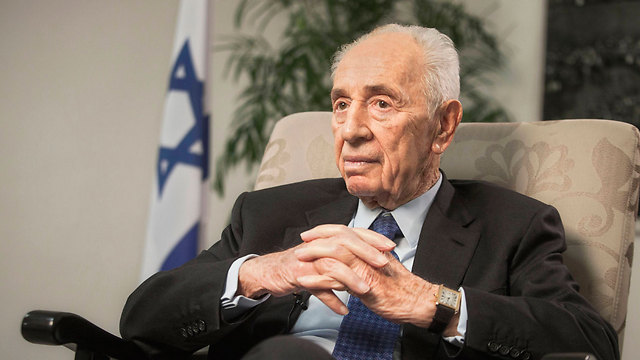 Former prime minister and president Shimon Peres, 92, underwent cardiac catheterization on Thursday morning when he was hospitalized after complaining of chest pains.

Peres's office said in a statement that Peres had undergone catheterization, during which a seriously blocked artery was located. The artery was successfully unblocked, said Peres's representatives.

Peres was scheduled on Thursday to participate in the official opening of the Third Ladino Festival at HaBima Theater.

Peres Center Director Efrat Duvdevani said that Peres had admonished his staff for canceling his plans.

Peres won the Nobel Peace Prize in 1994 following the signing of the Oslo peace accords with the Palestinians a year earlier, a prize he shared with Prime Minister Yitzhak Rabin, who was later assassinated, and Palestinian leader Yasser Arafat. The prize earned him his stature abroad as a revered statesman.

Peres completed his seven year term as president in 2014 and remains in the public eye. He is still active through his non-governmental Peres Center for Peace, which promotes coexistence between Arabs and Jews and peace and development in the Middle East.

Peres has filled nearly every position in Israeli public life since he became the director general of the Defense Ministry at the age of 25 and spearheaded the development of Israel's nuclear program. A protégé of the country's first prime minister, David Ben-Gurion, Peres was first elected to parliament in 1959.

He has since held every major Cabinet post – including defense, finance and foreign affairs – and served three brief stints as prime minister.