Saudi Prince in the US

Analysis: The past few days have seen the Kingdom of Saudi Arabia express its desire to send ground forces into Syria at the head of a coalition including Turkey and the UAE. But why now? Geopolitical interests, religion, and the turning tide of the war in favor of the Assad regime may hold some of the answers.

A convoy of over a hundred Humvees was recently captured on video near the Saudi Arabian town of Qurayat, about 19 miles away from the al-Haditha border crossing with the Kingdom of Jordan. Al-Haditha, which is the Saudi Kingdom’s largest land border crossing, was previously used as the primary crossing point for goods transiting through Saudi Arabia to the rest of the Gulf countries from the north, as well as people making the annual Hajj pilgrimage to Mecca, coming from as far away as Turkey, Syria, and even Russia.

The Humvees seen allegedly heading towards the border appear to be of the Oshkosh M-ATV variety. The Saudi military currently uses these in its conflict with Yemen, and is thought to have approximately 450 of the vehicles. 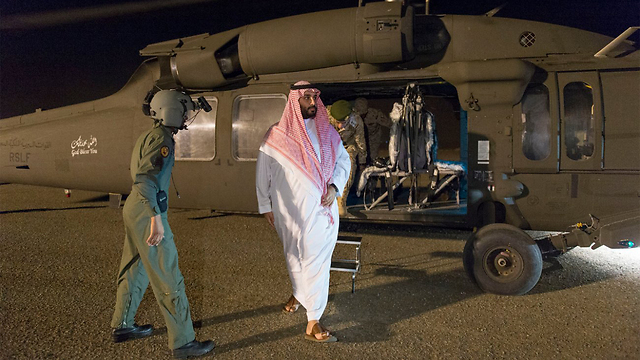 Additionally, Saudi Arabia has stationed a squadron of F-15 fighter jets at the Turkish air force base in Incirlik, close to the city of Adana. This base is also used by the US air force.

This seemingly massive buildup of Saudi forces heading into Jordan and Turkey seems to reinforce Saudis statements on putting boots on the ground in Syria, a decision which been met by the Assad regime with enmity. Although the Saudis claim they only want to fight ISIS, the regime responded by saying that any attack on any group on Syrian soil would be considered an act of war.

The timing of the Saudi decision to send ground forces says much about the state of geopolitics in the region, and how the Saudis currently see themselves in the Middle East. Saudi Arabia, with all of its fancy high tech weapons, has lost face in its fight against the Houthis – a rag-tag, flip-flop-wearing militia that has overtaken Yemen.

With their GCC coalition and army of South American mercenaries, the Saudis are slogging their way through the country, and even getting attacked in their own southern cities of Najran and Jazan. However, by hitting ISIS hard and on the ground in Syria, they may be able to restore some of their pride and prove to the world that they are a fighting force to be reckoned with. 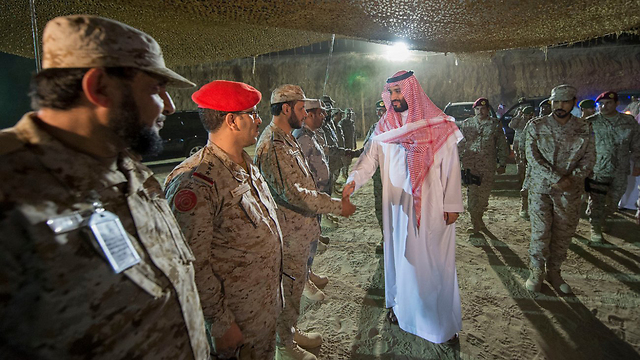 At the same time, the Russians and the Iranians – two non-Arab peoples – have entered the Arab Middle East, and are exerting their power and influence there in a way that totally shuts out the Saudis. The House of Saud does not want to see these “foreigners” threatening their influence in the region. The Saudi government may believe that by leading the effort on the ground in Syria, they will be able to assert themselves politically and strategically and maintain their perceived role as the regional Sunni power when and if the Russians and Iranians leave.The move into Jordan and Turkey may simply be an attempt to project Saudi military power to the world in general, and to show the Russians and the Iranians that if they want to have influence in the Middle East, the House of Saud must also have a seat at the table.

A clash of religion

Perhaps even more important than geopolitical considerations is the millennium-long war between the two main branches of Islam – the Sunnis and the Shiites. Saudi Arabia views itself as the protector of Sunni Islam, while the Iranians are the major Shiite power in the world. The Sunnis of Syria are being subjected to ethnic cleansing, and the Saudis are well-aware of the uptick in the number of massacres of their co-religionists. They are also fearfully aware that the tide of the civil war is turning in favor of the Assad regime (and by extension, the Iranians), and understand that solely providing weapons and air support to their Syrian Sunni bretheren will no longer be enough to mitigate the risks of a Syrian Sunni slaughter becoming a reality.

To save their fellow Sunnis from utter annihilation, the Saudis are forming a grand Sunni coalition – including Turkey and the UAE –with which to enter into the fray. Although Saudi Arabia’s stated goal is to defeat ISIS, it has also said time and time again that it will not allow Assad to remain in power. To the Saudis, the Shiites have too much Sunni blood on their hands, and it appearsthat Saudi Arabia intends to make them pay.