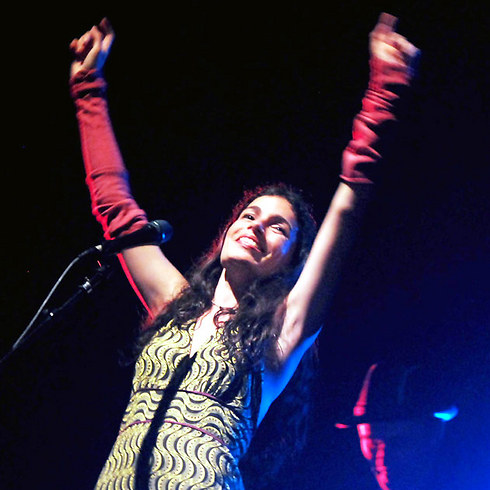 French-Israeli musician wins award for album 'Older' at the French version of the Grammys.

French-Israeli musician Yael Naïm won the award for best singer at the French Victoire awards, the French version of the Grammy Awards, on Friday.

Naïm, 38, who broke out into the French music scene with her hit single "New Soul," won the award for her album "Older," created with her music partner David Donatien.

This is the third award Naïm has received a Victoire award. She first won album of the year in 2008 for her self-titled album  in the world music category and went on to defeat Vanessa Paradis for French singer of the year in 2011. Naïm was born in Paris in 1978 to Tunisian émigrées. She grew up in Ramat HaSharon in Israel, where she studied at the local music conservatorium. She served in the Israeli Air Force orchestra as a soloist during her military service.

After her military service, Naïm returned to paris to record her first album "In a Man's Womb," which failed to receive much notice. Naïm continued to work in France, and appeared in the successful musical "The Ten Commandments," based on the story of Moses, and in the musical "Gladiator."

Her big break came in 2008 when her song "New Soul" was chosen by Apple to be in their advertisements and subsequently became the second-most downloaded song on iTunes, and rising to number seven on the Billboard Top 100 charts in the United States. In 2010 she released her album "She was a Boy" to rave reviews and received significant airplay on French radio.