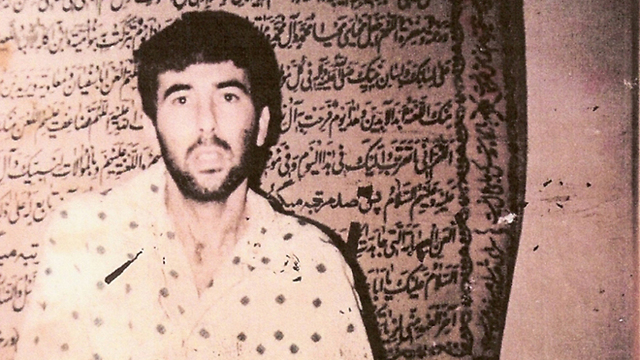 Lebanese man claims to reveal truth of hostage after nearly 30 years, saying the young IAF navigator endured brutal treatment and was found dead by his captors after going to take a shower – but the claims contradict information previously obtained by Israel.

A Lebanese man accused of collaborating with Israel told a military court on Friday that captive IAF navigator Ron Arad – whose fate has remained a mystery for the nearly 30 years since he was taken hostage in Lebanon – died in that country in 1988 after enduring beatings and torture.

However, the new claims contradict previous evidence and are inconsistent with information Israel has previously learned about the case.

The claims arose during a military court hearing regarding five suspects who purportedly stated they knew details of Arad's fate. Two of the accused were present in court on Friday and claimed they had deceived an Israeli organization dedicated to finding Arad in an attempt to get money in exchange for what they claimed were his teeth and bones.

At least some of the accused were charged with cooperating with Israel and its intelligence services. They allegedly took advantage in this context of the fact that three of them had been field commanders in the Syrian Socialist Nationalist Party during Lebanon's civil war.

"I want to tell you the details," suspect Moufid Kuntar told the court. "In 1988, I was an officer in the party's military wing. Someone form the party in the al-Farzel area in the Bekaa Valleycalled me and reported that a group of young men was in possession of a certain person."

"I didn't see him right away, but on the second day," Kuntar said. "He wore regular clothes, but his condition was pitiful after all the beatings he had endured during the interrogation. He could not stand up. I asked the youths to supply him with food and to allow him to shower so it would be possible to complete the interrogation." According to Kuntar, he received news of Arad's death within less than 48 hours.

"They said he had gone to shower and stayed there for a long time," said the alleged collaborator. "When they went to check on him, they found him lifeless." Kuntar claimed that he realized the man was the Israeli pilot who had been taken captive only after Arad's death. "It's obvious that he died of exhaustion and it's obvious that he was subjected to beatings and torture, because that's how you conduct an interrogation."

Kuntar went on to say that he asked to bury the captive, who was interred in a forest in the vicinity of Mount Lebanon. Kuntar told the judge that he had not interrogated Arad before he died. But a decade later, Kuntar said, when images of Arad were published in the media, he returned to al-Farzel to meet with the man who had initially contacted him in 1988 and told him Arad's skeleton should be disinterred.

Kuntar said that following this, he asked to meet with then-Lebanese president Émile Lahoud. The judge halted proceedings at this point, arguing that the hearing should occur behind closed doors because the name of a president had come up. Another hearing is scheduled for April 20.

Arad was captured on October 16, 1986. The Phantom jet he was navigating experienced a technical fault during strikes on terrorist targets south of Sidon. He and his pilot abandoned the plane in Lebanese territory. A helicopter barely managed to rescue the pilot, but Arad was captured by the Shi'ite Amal Movement. Arad was promoted to the rank of major after his capture.

Attempts to secure Arad's release failed, and 1988 he was apparently transferred from the hands of senior Amal Movement figure Mustafa Dirani to Iran or a different Shi'ite organization. All traces of Arad vanished in May 1988.

It has previously been claimed that Arad may have been murdered by his captors on May 3, 1988, during an Israeli paratrooper operation targeting Hezbollah in the town of Maydun, or that he had been murdered when he tried to escape.

Earlier this week, on the anniversary of the targeted killing of senior Hezbollah leader Imad Mughniyeh, media outlets affiliated with the Lebanese terrorist organization claimed that Mughniyeh ran a special team in 2004-2006 to investigate the Arad case, and was able to find some of Arad's belongings, including a parachute, his weapon, and some clothes According to Wafiq Safa, director of the organization's liaison and coordination committee, Hezbollah used these items in negotiations with Israel.