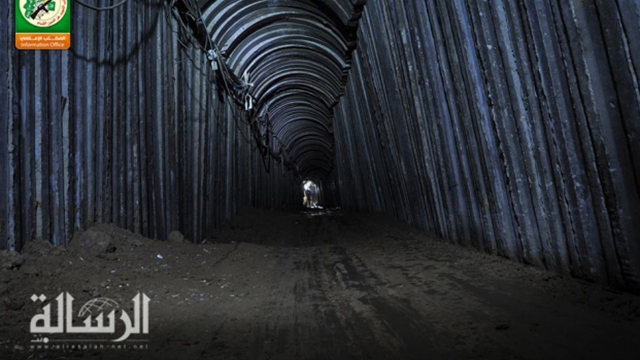 Egypt destroys a long smuggling tunnel in the Sinai

Amidst talks between Egypt and Hamas regarding the border situation, a 3 km tunnel was found by Egyptian security forces containing weapons, engineering equipment and generators.

The Egyptian border guard destroyed a three kilometer long tunnel between Rafah, Egypt and the Gaza Strip, one of the longest tunnels discovered at the border between the Gaza Strip and the Sinai Peninsula, according to Egyptian security sources Thursday.

The tunnel's opening point, located in the house of an Egyptian smuggler from the Al Barazeel neighborhood in Rafah, Egypt is made out of concrete and steel. In addition to high quality engineering equipment, lighting, generators and communications devices were found.

The Ma'an Palestinian news agency reported that armaments such as mortars were found inside the tunnel. Egyptian security sources did not rule out the possibility that this tunnel was intended for military purposes.

Egyptian media accused Hamas and its military wing, the Izz ad-Din Al-Qassam Brigades of having something to do with the tunnel. This tunnel was found as an additional round of talks between a Hamas delegation to Cairo and the Egyptian general intelligence were being held. The Hamas delegation returned on Wednesday from the talks in Cairo. The talks focus on the border situation between the Gaza Strip and the Sinai Peninsula, as well as the smuggling tunnels that the Egyptians are combating. Egyptian media reported that Egyptian commando forces managed to kill the person considered the number two man in ISIS's Sinai branch, Mohammad Mada'an, in battles in central Sinai .This information has not yet been authenticated.